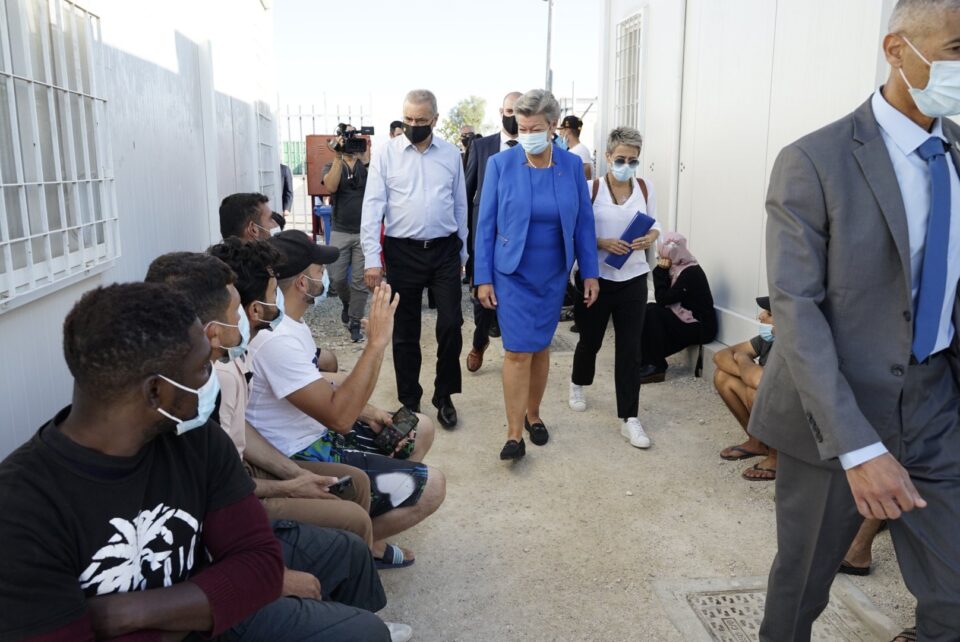 Inability to exercise effective control of the green line due to its length is the most serious problem Cyprus faces as regards migratory flows, the largest among all member states, Interior Minister Nicos Nouris said on Tuesday while welcoming European Commissioner for Home Affairs Ylva Johansson.

The commissioner said she hopes to find common ground with Ankara regarding the irregular arrivals especially in Cyprus and Italy in her forthcoming visit to Turkey in two weeks.

During her visit, the commissioner was given a tour of the Pournara migrant reception centre in Kokkinotrimithia, where she spoke with residents and officials who provide support services. Johansson said she was impressed by how they have increased and developed the asylum processes in Pournara.

According to Nouris, the commissioner had the opportunity to get “a first-hand impression of the problems Cyprus faces, as a result of the need to manage proportionally the largest number of migratory flows among all EU member states.”

While thanking the commissioner and her colleagues for all the help they have provided to Cyprus so far, he pointed out that the particularities Cyprus faces require additional support and assistance from the European Commission.

The minister also referred to the green line which, he said, was “not our natural border but the ceasefire line”. He said that the government’s inability to exercise effective control along the dividing line due to its length, which is exploited by Turkey, was the most serious problem Nicosia has to deal with.

“Turkey, systematically and on a daily basis promotes, through the occupied areas, illegal immigrants coming from its southern coast,” he said. “The lack of cooperation on behalf of the Turkish occupying authorities, which not only do not prevent illegal immigration in our country but instead encourage it, is another serious problem that we are trying to deal with,” he added.

Nouris said the commissioner would raise these issues during her visit to Ankara.

Johansson said it’s not always easy to cooperate with Turkey but that she thinks that’s the way forward.

“We have faced a lot of challenges in our relations with Turkey and we are in a situation where these relations are increasing, being better so that’s why we are now in a position to relaunch this high-level migration dialogue,” she added. “So, let’s hope that we can find common ground so that we can both prevent irregular arrivals from Turkey, especially towards Cyprus and Italy that we have seen in the recent years,” she added. 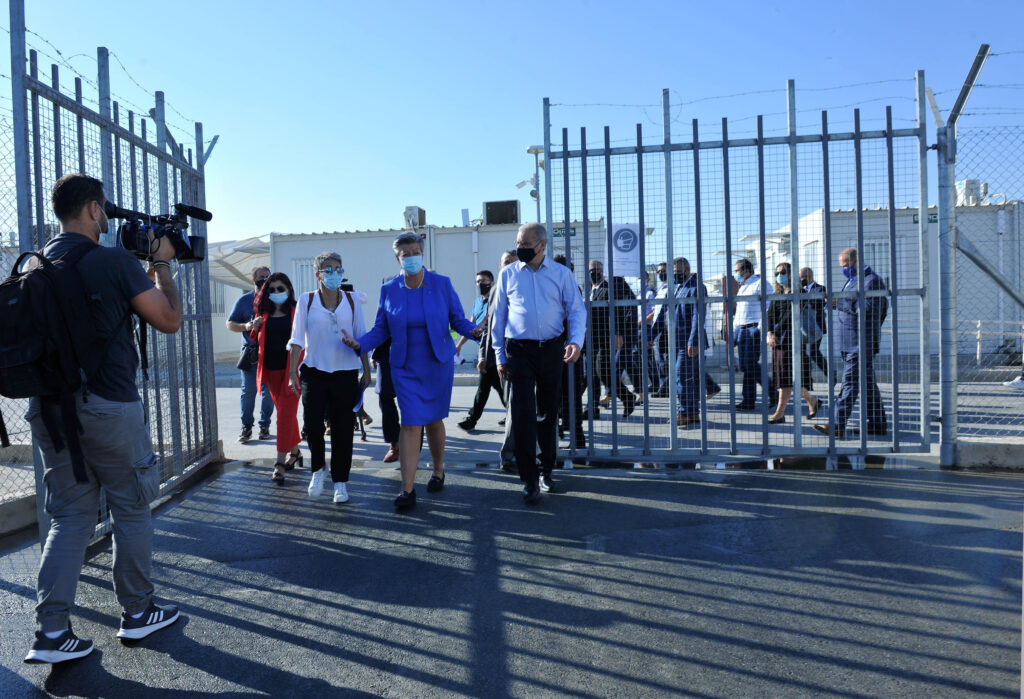 She added that it is also important to help Turkey to also prevent irregular arrivals towards the county.

On why European border managements agency Frontex is not activated to prevent migration flows in Cyprus, the commissioner said Frontex is present in Cyprus and doing a quite good job but there are limitations because they can only protect external borders and is not possible to use them on the Green Line.

She also said that the Commission and its agencies have really stepped up the support to Cyprus but what is needed is also the support and solidarity of other member states when it comes to relocations and that’s why the new pact on migration and asylum is needed, to have the regulatory framework to make it mandatory for member states to show solidarity when a member state is facing the high pressure of applications.

“We can’t continue on ad hoc voluntary basis” she said.

The minister also said the government was reinforcing its port police to limit sea arrivals and is strengthening deterrence measures along the ceasefire line by placing fences, through patrols and technological means of surveillance to prevent illegal crossings from any point on the dividing line, “thereby respecting our obligation to the EU itself.”

Nouris also referred to the “huge progress made in asylum procedures lately, both at the legislative level and on infrastructure issues as well.”

Since January 1, when the new asylum policy was introduced, more than 8,500 applications have been processed, he said, and more than 7,000 have been rejected. He pointed out however that out of 7,000 rejected applications Cyprus was able to return less than 300 people to their countries of origin which shows the weakness in return issues. This weakness is observed throughout Europe and not just Cyprus, he added.

The commissioner said they are focusing on building up better capacities in Cyprus but also to step up on the return procedures with agreements with third countries but also on the internal processes in Cyprus, as well as integration.

Nouris also stressed the importance of EU states jointly tackling the migration issue and said Cyprus was in favour of continuing the dialogue to reach an overall conclusion on the Pact on a single European migration and asylum policy.

But in parallel with the discussions on the Pact, he said, “steps must be taken to address the current crisis and the excessive burden that frontline states in particular are facing.”