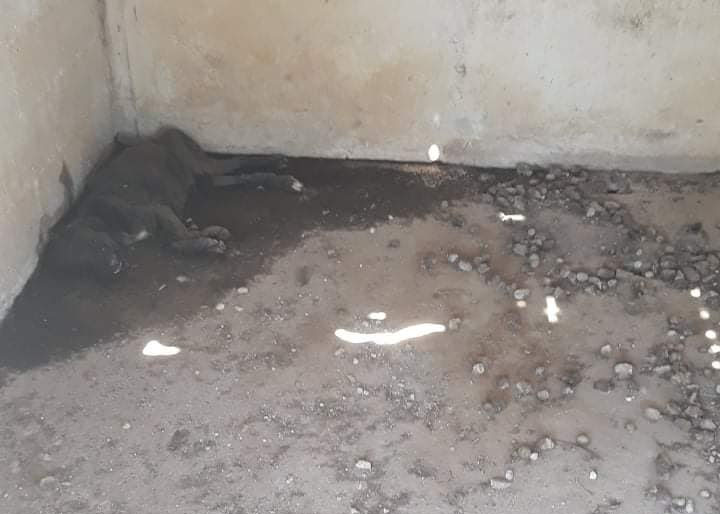 A screen grab of the dead dog at the old shelter

Police said on Wednesday they have launched an investigation into the death of a dog in Vrysoulles in Famagusta district following a complaint from the Greens that it was left to die without food and water in a dog shelter of the community council.

Famagusta police spokesman, Andreas Constantinou, told the Cyprus Mail, police and the veterinary services went to the site on Tuesday morning, after several images of the dead animal went viral on Facebook.

He said that they had been informed of the incident by the Greens and that the animal police unit is investigating the case.

By the time the police arrived, the dog’s body had been removed, but there was evidence that a dead animal had recently been in the area.

Acheritou community council president, Michalis Kaounas, told the Cyprus Mail on Wednesday that the specific area had not been used as a shelter by the council since 2016.

“The area was fenced since it has not been used for five years. I assume that someone entered the area and left the dog there in one of the two cages,” he said.

He added that the community council cooperated with an individual who maintains a dog shelter.

“We offer quantities of dog food per month for the animals’ feeding needs,” he said.

Kaounas said both he and council staff are working with the police to investigate the case.

“It is unacceptable, and we condemn this terrible act. I have testified to the police, and we expect the investigation to show who is responsible for the incident.”

Police said they were investigating the Kaounas’ statements.

The Green party condemned the incident on Wednesday.

Anthi Mouzouri, coordinator of the green party action group for animal rights, said that many municipalities were not complying with the law and maintaining areas that are not approved.

“We call on the Veterinary Services to effectively monitor and approve the places for stray animals, in order to stop this cruelty towards them,” she said.

Mouzouri called on the public to be more aware and to contact the authorities when they detect such incidents.

According to law, all local authorities are required to maintain appropriate and approved facilities for stray animals.

The parliament passed a bill in 2020 amending the Animal Welfare Law, in particular beefing up protection for domesticated animals and introducing stiffer fines for abuse.