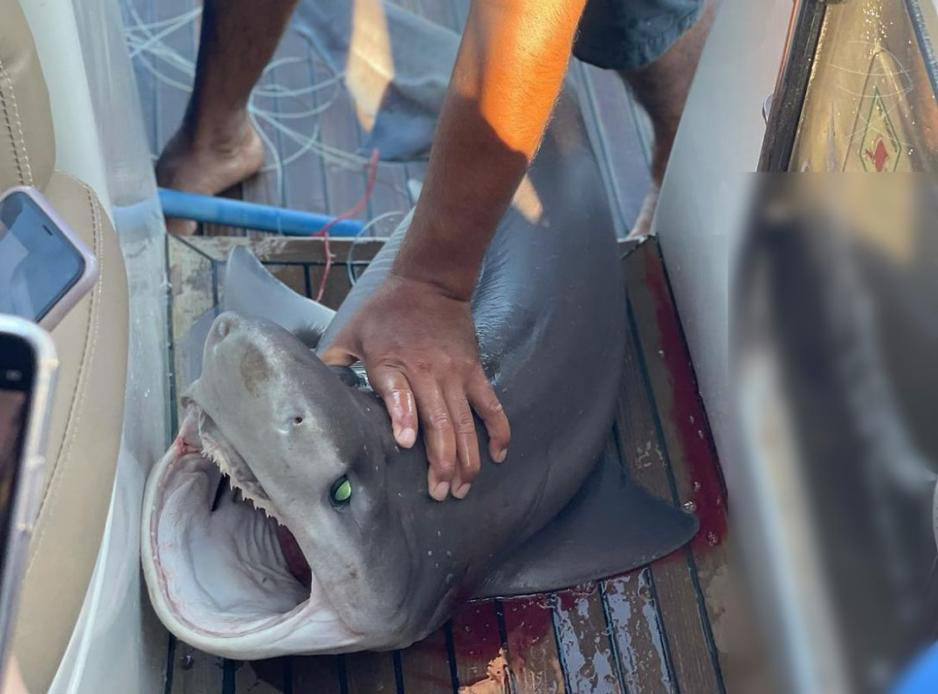 The fishery department is investigating the possible abuse of a shark caught in Larnaca on Tuesday.

According to an announcement by the NGO Enalia Physis Environmental Research Centre, fishermen, who posted pictures of the shark on their Instagram accounts, abused the animal, which may have led to its death.

The head of the centre, Marios Papageorgiou, told the Cyprus Mail, that he condemns such actions.

According to the centre, there are signs of abuse, even though the animal was eventually released.

The fishery department director, Marina Argyrou, is investigating the case, while she urged the public to be more careful in such cases.

The shark was of the species Hexanchus griseus, commonly known as Pampakaris/Exavrangios, and was caught by a tourist boat.

Any kind of shark or ray caught accidently should be released immediately, the department said.

The non-governmental organisation said they believe the shark could not have survived being caught because the photos show signs of blood and it seems that it was out of the water for a long time.

How global supply chains are falling out of fashion