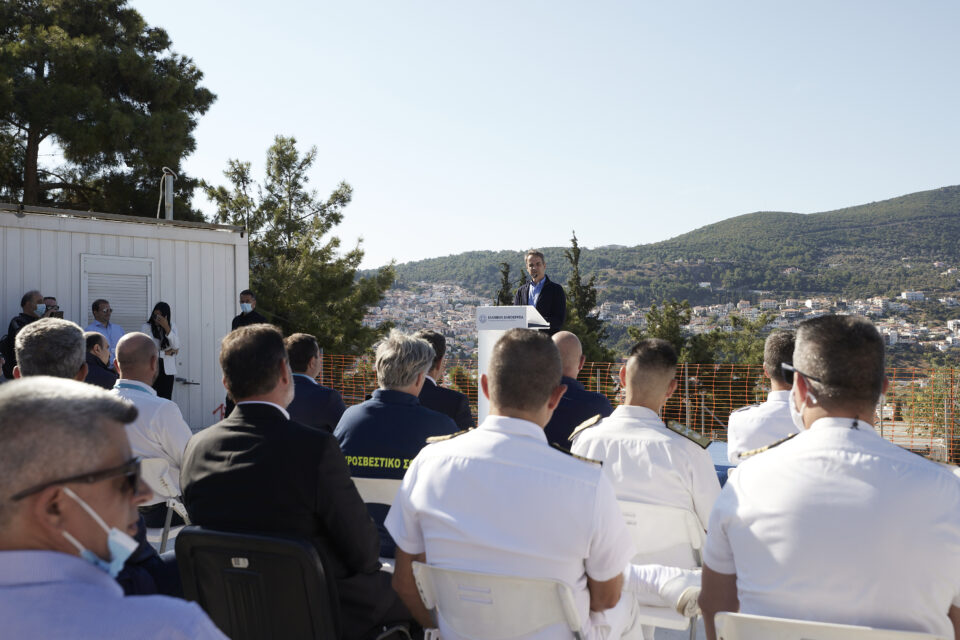 Greece will not allow a repeat of the 2015 migration crisis to unfold on its borders following the deteriorating situation in Afghanistan, Prime Minister Kyriakos Mitsotakis said on Friday after visiting a new migrant camp on an island near Turkey.

The Taliban’s takeover of Afghanistan in August brought fears in Europe of a replay of 2015, when nearly 1 million asylum-seekers, mostly Syrians, fled to Europe by crossing from Turkey to Greece.

In the latest example of its toughening migration policy, Greece opened an EU-funded camp on Samos earlier this month, a sprawling facility, heavily surveilled and surrounded by barbed wire.

“We will not accept uncontrolled migratory flows similar to the ones we saw in 2015,” Mitsotakis told reporters on the flight back to Athens, and Europe needed to work with Afghanistan’s neighbours to ensure refugees stayed in the region.

Greece welcomed 26 Afghan women lawyers and judges and their families on Thursday, but such cases “will be the exception”, Mitsotakis said. “They cannot be perceived as a pull factor.”

Since the Aug. 15 Taliban takeover, Afghanistan has been plunged into economic crisis. The International Committee of the Red Cross (ICRC) said on Thursday that it faces widespread hunger “within weeks”.

But Greece says it does not want to turn into the EU’s gateway again and recently completed a 40 km (25 miles) fence in the Evros region on the Turkish border.

“We have been successful in sending a message to smugglers, and their clients that undertaking the treacherous trip across the Aegean is probably a waste of money,” Mitsotakis said.

Before visiting the new Samos camp, Mitsotakis addressed local authorities from the island’s former camp of Vathy – once an overcrowded, rat-infested tent city of 7,000 people he called “a camp of shame” and “a disgrace to human dignity”.

Vathy, together with Lesbos’s Moria camp that burned down last year, had become symbols of Europe’s stumbling response to the migration crisis on its southern borders, which left much of the burden to be carried by small islands.

Speaking from Vathy, Mitsotakis called for a common EU migration and asylum policy, saying solidarity “cannot be exhausted in the funding of state-of-the-art camps”.

The new facility, in a remote location, is designed to hold 3,000 people and will operate with strict rules. Entry is only allowed between 8 a.m. and 8 p.m. and IDs and fingerprints are scanned at the gate.

The government is planning similar facilities on other islands close to Turkey, saying they will provide safer accommodation for asylum-seekers but which rights groups say risk becoming like prisons.