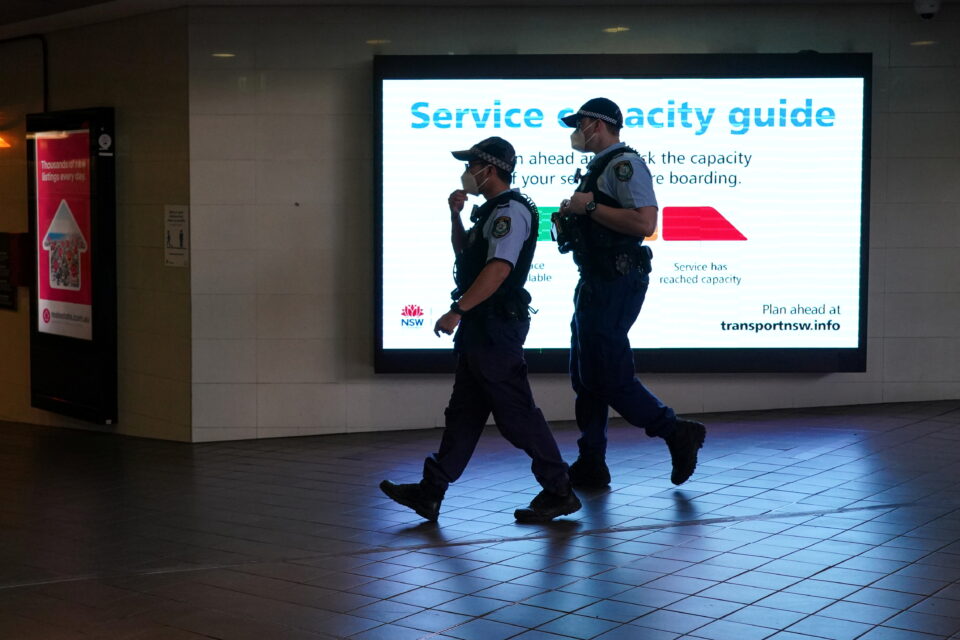 Australia reported 2,357 new cases of the Delta coronavirus variant on Saturday, as the push to vaccinate the country’s population continues in order to end lockdowns and allow for the reopening of international borders.

An 18-month ban on international travel is set to be gradually lifted from next month for some states when 80% of people aged 16 and over are fully vaccinated.

Fifty-five percent of Australians were fully inoculated as of Friday, but nearly 80% have received at least one shot.

Victoria state, which reported a record 1,488 new Covid-19 cases on Saturday, on Friday ordered about 1 million employees across industries to receive at least one dose of a Covid vaccine by Oct. 15 to keep working.

Police in Melbourne, the state capital, on Saturday dispersed a small rally against the mandate and made several arrests for breaking public health rules that ban large public gatherings.

The state, with about a quarter of Australia’s 25 million people, has been in a hard lockdown since Aug. 5.

Sydney, the state capital, has been under lockdown since June 26, with some restrictions scheduled to be lifted on Oct. 11 and more later in the month.

Australia’s most populous state is expected to be the first to fully open up once 80% vaccination is reached, but authorities have warned case numbers are expected to soar and hospitals will come under strain as Australia learns to live with Covid-19.

“I’m worried about how we are going to cope with it culturally,” Kirsty Keating, an Australia citizen originally from Scotland who lives in Sydney, told Reuters about the country’s reopening.

“Most of the people I know overseas have lived with Covid and we haven’t, and I think it could put a pressure on our health system and make everybody very tense.”

Saturday’s other infections were reported in the Australian Capital Territory, Queensland and South Australia.

Australia closed its international borders in March 2020. Since then, only a limited number of people have been granted a permit to leave the country for critical business or humanitarian reasons.

Citizens and permanent residents abroad have been allowed to return, subject to quotas and a mandatory 14-day quarantine period in a hotel at their expense.

“I think it’s great coming up to Christmas that people get to reunite with their families,” Peter Hendriks, a priest in Sydney, told Reuters about the decision to reopen borders.