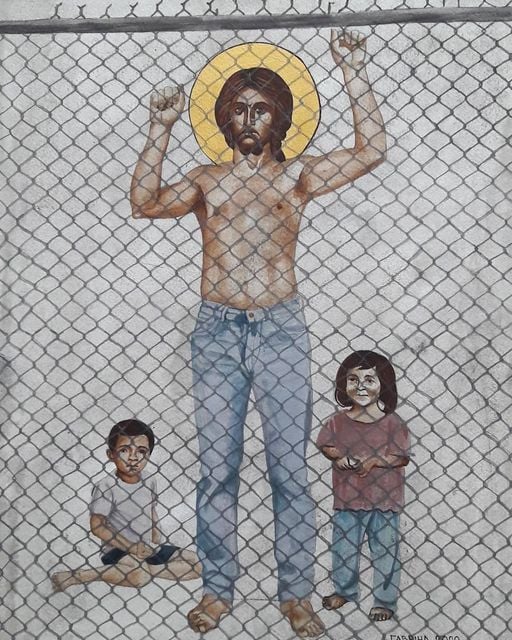 Denying criticism that his ministry was trying to stifle free expression, Education Minister Prodromos Prodromou on Monday sought to draw a distinction between the twin roles of Yiorgos Gavriel as an artist and a headteacher.

Prodromou was speaking to reporters after a House Human Rights committee hearing on the need to protect free speech and creativity at the schools and the role of the education ministry in a case revolving round the ministry’s handling of Gavriel’s case.

The artist, who is a headmaster at a public school, had initially faced disciplinary action over paintings seen by some as insulting to the church and the state, but the case was later dropped by the Council of Ministers in the face of a public uproar.

The issue was brought to the committee by Akel and Green MPs with committee chairwoman Irene Charalambides of Akel castigating the ministry for persecutions reminiscent of another era that were overturned by public opinion.

But Prodromou countered that the ministry had not rule on the individua as an artist and his work but as a headmaster. All artists have the absolute right to create art which insult individuals and institutions, and someone could be both a headmaster and an amateur artist – amateur as his main job is at school, he said. But the head of a school must adhere to the rules relating to its operation because that person is first a head teacher and then an amateur artist, he added.

“Absolute freedom of art is one thing and work of officials in the educational system is something else,” he added.

Prodromou said he had initially submitted to the committee the decision of cabinet, so that the issue could be considered closed, but the committee insisted on the discussion. “We will happily discuss the freedom of artists, the absolute freedom to create that no-one can and does not want to restrict, but we should not confuse freedom of artistic expression with the work of a head teacher at school. The two can co-exist with the right approach and adherence to the obligations each of us have,” he added.

Akel MP Charalambidou said that questions had not been answered, as for example whether the decision to discipline the artist was a result of a letter from the archbishop. She said that the minister had managed to divide his own party and queried how regulations had been violated.

Backing freedom of expression, Greens MP Alexandra Attalides said what was under discussion was not the quality of Gavriel’s art but whether he had the right to paint at home what he wanted, who made the complaint, who intervened and who handled the decision at the education ministry.

But Elam MP Sotiris Ioannou said the discussion had deliberately been shifted to freedom of speech and art, whereas in fact the teacher had been accused of breaking education ministry rules. Cabinet had been wrong to withdraw the disciplinary action, as it sent the wrong message, he added.

Gavriel said he graduated in fine arts and expresses through his art what is happening in society. “We cannot restrict art. There is not conflict with my duties as head teacher. The ministry sponsors me to participate in Biennales abroad and in 213 even awarded me for photographic editing in a book,” he said.

President of the Academy of the Sciences, Letters and Arts Andreas Demetriou said society had an obligation to protect and teach freedom of expression and social progress was dependent on it.

And the dean of the School of Fine and Applied Arts at the Cyprus University of Technology (Tepak) Antonis Danos said the fact Gavriel was a school head does not cancel out his capacity as an artist.