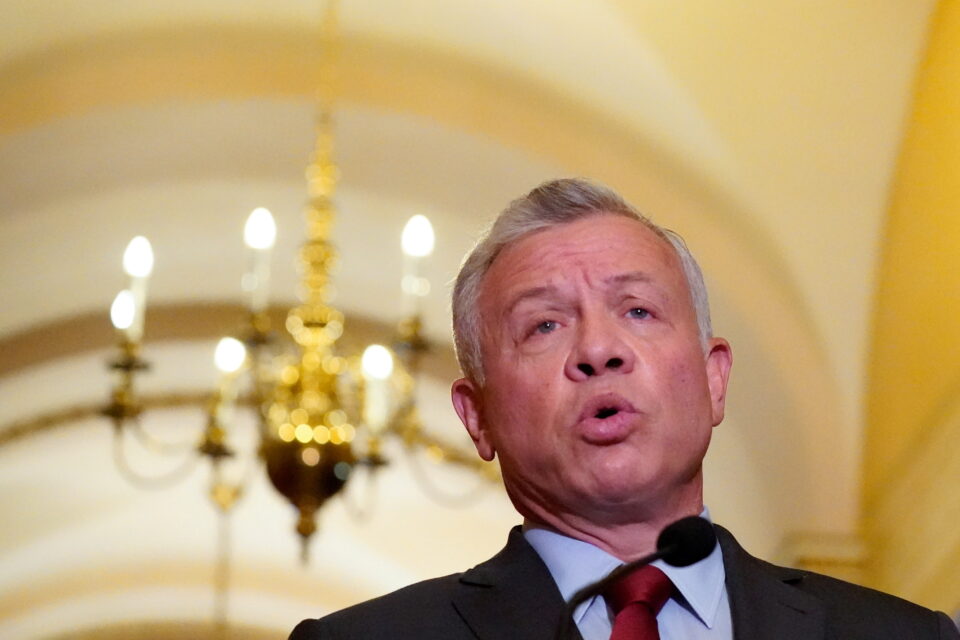 The dump of more than 11.9 million records, amounting to about 2.94 terabytes of data, came five years after the leak known as the “Panama Papers” exposed how money was hidden by the wealthy in ways that law enforcement agencies could not detect.

The International Consortium of Investigative Journalists, a Washington, D.C.-based network of reporters and media organizations, said the files are linked to about 35 current and former national leaders, and more than 330 politicians and public officials in 91 countries and territories. It did not say how the files were obtained, and Reuters could not independently verify the allegations or documents detailed by the consortium.

DLA Piper, a London law office representing Abdullah, told the consortium of media outlets that he had “not at any point misused public monies or made any use whatsoever of the proceeds of aid or assistance intended for public use.”

The Washington Post , which is part of the consortium, also reported on the case of Svetlana Krivonogikh, a Russian woman who it said became the owner of a Monaco apartment through an offshore company incorporated on the Caribbean island of Tortola in April 2003 just weeks after she gave birth to a girl. At the time, she was in a secret, years-long relationship with Putin, the newspaper said, citing Russian investigative outlet Proekt.

The Post said Krivonogikh, her daughter, who is now 18, and the Kremlin did not respond to requests for comment.

Days ahead of the Czech Republic’s Oct. 8-9 parliamentary election, the documents allegedly tied the country’s prime minister, Babis, to a secret $22 million estate in a hilltop village near Cannes, France.

Speaking during a television debate on Sunday, Babis denied any wrongdoing.

Jordan’s King Abdullah amassed about $100 million worth of property in the United States and the UK through secret companies. They were purchased between 2003 and 2017 via firms registered in tax havens and include properties in Malibu, southern California, and Washington and London.

DLA Piper, a London law office representing Abdullah, told the ICIJ that he had “not at any point misused public monies or made any use whatsoever of the proceeds of aid or assistance intended for public use”.

The Pandora news reports said Babis moved $22 million through offshore companies to buy an estate on the French Riviera in 2009 while keeping his ownership secret. The report did not say the transactions broke the law.

Babis, speaking on Sunday in a TV debate ahead of Oct. 8-9 elections, denied wrongdoing and said “the money left a Czech bank, was taxed, it was my money, and returned to a Czech bank”.

Babis, founder of the Agrofert farming, food, chemicals and media empire, entered politics in 2011 on an anti-corruption agenda.

The Washington Post said Russian woman Svetlana Krivonogikh became the owner of a Monaco apartment via an offshore company incorporated on the Caribbean island of Tortola in April 2003 just weeks after she gave birth to a girl. At the time, she was in a secret, years-long relationship with Russian President Vladimir Putin, the Post said, citing Russian investigative outlet Proekt.

The Post said Krivonogikh, her daughter, who is now 18, and the Kremlin did not respond to requests for comment.

The consortium said the documents contained no suggestion that Khan himself owns offshore companies.

It said Finance Minister Shaukat Fayaz Ahmed Tarin and members of his family own four offshore firms. According to Tariq Fawad Malik, a financial consultant who handled the paperwork on the companies, they were set up as part of the Tarin family’s intended investment in a bank with a Saudi business, the ICIJ said. The deal did not proceed.

The ICIJ quoted Tarin as saying in a statement: “The off-shore companies mentioned were incorporated as part of the fund raising process for my bank.”

The Guardian  said the files provided evidence that South Dakota now rivalled opaque jurisdictions in Europe and the Caribbean for financial secrecy.

The documents reveal almost $360 billion in customer assets are sitting in trusts in South Dakota, some of it tied to offshore-based people and companies accused of human rights abuses and other wrongdoing, it said. State officials declined to comment to the paper.

The investigation found Azerbaijani President Ilham Aliyev and his family have secretly been involved in British property deals worth more than 400 million pounds ($542 million), according to the BBC.

The files show how the family bought 17 properties, including a 33 million pound office block in London for the president’s 11-year-old son.

The research also reveals how another office block owned by the family nearby was sold to the Crown Estate for 66 million pounds in 2018. The Crown Estate said it carried out the checks required in law at the time of purchase but is now looking into the matter. The Aliyevs declined to comment to the BBC.

Kenya’s President Uhuru Kenyatta and six members of his family have been linked to 13 offshore companies, according to the documents.

The Kenyattas’ offshore investments included a company with stocks and bonds worth $30 million, the BBC reported. The Kenyattas had not yet responded to requests for comment, it added. (Reporting by Mark Bendeich; Editing by Lincoln Feast.)

US trade deal is not the ‘be all and end all’