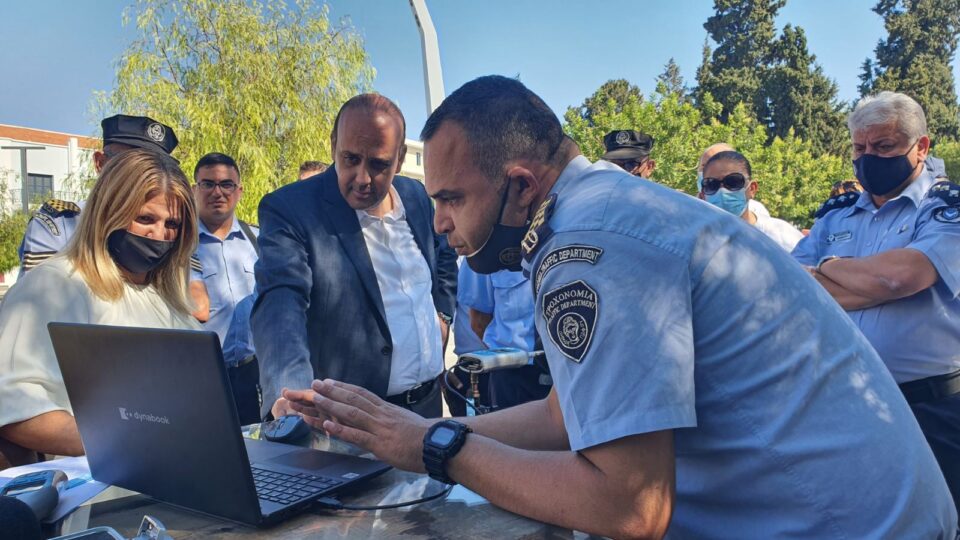 The demonstration took place at Paphos’ Kennedy square in the presence of Paphos police head Nicos Tsappis, members of the Paphos traffic service, and the public.

Phedonos outlined the measures the Paphos municipality will be taking, in a coordinated effort with Paphos police, to address and solve the problem of noise pollution.

“Inspections will take place in various locations, particularly in the area where the shopping mall and the tourist areas are located,” Phedonos said. “The checks will be conducted by recording noise violations with the use of noise meters, in accordance with the noise pollution legislation.”

According to the mayor, Paphos police will monitor the areas continuously over 24 hours or longer, reinforcing that the issue of noise pollution reduction is also public responsibility.

“Despite Paphos being a lively town and popular with tourists, noise pollution is a growing environmental concern that impacts the health and wellbeing of the local community and its visitors,” he added.

As such, Phedonos explained, premises emitting high levels of sound such as bars and clubs that do not have a licence, as is required by law, will need to apply for the necessary permits.

“The local authority will allow a breathing period of two weeks in order for those businesses to comply with the regulations,” he said.

Tsappis said stricter measures will be enforced, with immediate effect, to help control the noise pollution of the town.