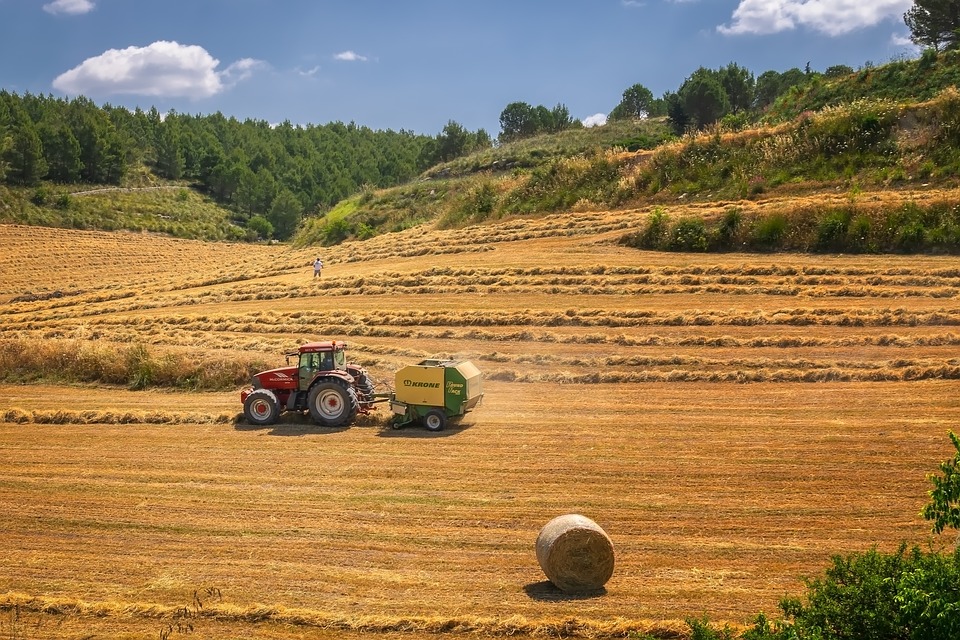 The catastrophic failure that is the EU’s agricultural policy, CAP

Farmers should receive state support because they are vital to a vital sector and it can be very hard – especially for small farmers – to make ends meet. That said, taxpayers’ money should never be used to bolster farming practices that actively undermine agricultural ecosystems. Subsidies should be tightly bound to a commitment to farm sustainably, producing healthy food while maintaining a healthy farmed environment.

It makes sense, no? Bit of a ‘no brainer’, in fact. Especially in the face of growing evidence of the damage caused by intensive farming. Pollution of soil, water and air, soil erosion, biodiversity loss, significant emissions of greenhouse gases, to name but the main problems. Sustainable solutions exist: there is growing evidence that less intensive (and therefore far more sustainable) farming, including organic production, can feed the world, provided we all cut back on meat and dairy.

Yet, the chief EU instrument for guiding farming, the Common Agricultural Policy (CAP), which absorbs fully one third of the EU budget, continues to support unsustainable, intensive farming. The newly revamped CAP represents yet another dismal failure to properly reform the policy, so that the CAP represents a colossal miss-use of public funds, with serious and mounting ecological consequences on the ground.

CAP reforms come and go (with new coats of shiny green paint added each time), but nothing really changes. According to the statistics, around 80 per cent of all subsidies go to just 20 per cent of farmers, and most payments are still in the form of ‘no-strings-attached’ income support. This holds true both at all-EU and at Cyprus level.

In Cyprus, the post-accession CAP ‘era’ has done nothing to change the trends for agricultural intensification in the lowlands and abandonment of low-intensity farmland in the uplands. According to Eurostat, pesticide use in Cyprus actually doubled between 2011 and 2019, while most EU countries managed to reduce biocide use over the same period.

Meanwhile, agricultural ecosystems are collapsing. Farmland bird populations in Europe have declined by an alarming 57 per cent over 40 years, in a pattern clearly linked to CAP-backed agricultural intensification. The picture regarding insect numbers is even more dire. Farmland habitats, which cover half of Europe, have the worst nature conservation status of all habitats on the continent.

The reason why the CAP sticks to ‘business-as-usual’ in the face of the ugly ecological reality is both political and simple: the intensive farming lobby is much bigger and has far more influence than the environmental lobby. This ‘big farm’ lobby convinces EU decision-makers (and good swathes of the public too) that massive monocultures of chemically boosted and protected crops, those one-plant deserts of ecological over-simplification, are the only way to keep a growing world population fed.

This, however, does not stand up to reasoned analysis. Feeding the world in the short-term by destroying farmland ecosystems (thus shooting long-term production in the back), cannot be the solution. Yet this deeply flawed argumentation seems to convince EU decision-makers, so they ‘speak the green speak’ and hope taxpayers will not bother looking at the detail of what each new manifestation of the CAP actually subsidises.

The fact that the CAP is a confusion of often arcane regulations, standards and implementing acts helps in this ‘greenwash’, by scaring off any but the most determined of investigators. (Not the European Court of Auditors, though: last month, in the latest of its damning assessments of the policy, the ECA found CAP funds were actually supporting practices that waste precious water).

In essence, the issue is not that complicated. The ‘big farm’ lobby would rather you thought of farming as somehow operating in a ‘bubble’, separate from ecosystems. It does not. Farming is the management of a semi-natural ecosystem, and it relies on the health of that system for maintaining production in the long-term.

Sustainable farming respects soil, water, air and biodiversity by maintaining crop diversity and not cropping beyond what the system can support. Monocultures, on the other hand, exhaust the soil, requiring big inputs of chemical fertiliser, which cause pollution of soil, water and atmosphere.

Single-crop expanses are also acutely vulnerable to pests, so they rely on chemical sprays to protect them. These biocides poison the soil and water and obliterate farmland wildlife, including vital pollinating insects and the natural predators that keep pests in check. The drive for increased production leads to a gross simplification of the farmed landscape, with ever more monocultures and specialisation in just a few crops.

The ecological destruction is made complete through the removal of all remnants of natural vegetation such as hedgerows, flower strips, field margins, ponds and fallows. This leaves no corner for pollinators, natural predators and other farmland wildlife to shelter in. And all this while the scientific evidence mounts of how more diverse, balanced agricultural systems – at both field and landscape scales – can often support higher yields in the long-term.

An important caveat: I am not saying here that everything about modern agriculture is negative. I am not advocating that the CAP should support only low-yield, strictly traditional farming or only organic production (though these should all be well-supported). What I am saying is that the best of modern production techniques should be intelligently integrated with the best of conservation science to achieve a sustainable balance based on sound ecological management, and that this is what the CAP should support.

For example, we know that agricultural ecosystems need a minimum 10 per cent ‘space for nature’ to function well. Studies have shown that if you have 10 per cent of hedgerows, flower strips, field margins, ponds and fallow land alongside the crops, this is usually sufficient for vital wildlife, from birds to insects, to survive, keeping the system alive. These natural elements also serve to capture CO2 and prevent soil erosion. The principle of having 10 per cent of farmland under “high diversity landscape features” is enshrined as a target in the current EU Biodiversity Strategy.

However, these high-level commitments simply do not get transferred into the CAP and therefore do not translate into obligations on the ground. The policy pays lip service to the idea, but then hollows it out. The new CAP requires farmers in receipt of subsidies to devote only 3-4 per cent of their land to ‘space for nature’, and even then this only applies to arable farms and there are so many exemptions that even this inadequate obligation applies to only 50 per cent of EU farmland. Read the headline, and you might go away thinking the CAP is actually introducing meaningful ‘space for nature’. Dig a bit deeper, and you find it is an empty promise. The science shows we need a minimum of 10 per cent, after all.

The lion’s share of subsidies continue to support harmful monocultures. No requirements are attached for sustainable practices such as crop rotation (to maintain soil health), integrated crop management (to reduce pesticide use) or nutrients management (to reduce fertiliser pollution). (The absence of obligations to limit pesticide use is particularly galling when the EU ‘Farm to Fork’ and Biodiversity strategies set a target for 50 per cent pesticide reduction by 2030). There is continued support for unsustainable irrigation and for intensive animal rearing through ‘coupled payments’, whereby livestock farmers actually get paid more for producing more, a recipe for intensification if ever there was one.

Around 30 per cent of the CAP money is nominally allocated to environmental measures, but the rules attached are so vague that there is virtually no guarantee this money will actually support ecosystems. Sure, a member state can decide to devote significant sums to good agri-environment measures or farm eco-schemes, but this relies on the good environmental will of the member state, whereas it should be enshrined in the CAP.

I could go on and on about the wrongs of the CAP; they are everywhere you look in this giant failure of a policy instrument. Of course, many farmers out there are doing their best to farm sustainably and to allow real room for nature on their land. The tragedy is that your tax money is not backing these progressive farmers, it is instead actively supporting the continuation of one of the biggest environmental disasters of modern times. In the meantime, the best we can do as individuals (apart from demanding real CAP reform, that is) is to buy organic, buy local and reduce the meat and dairy we eat. At least that way we are supporting more sustainable practices.

Our View: Rushing bills into law at last minute no way to legislate