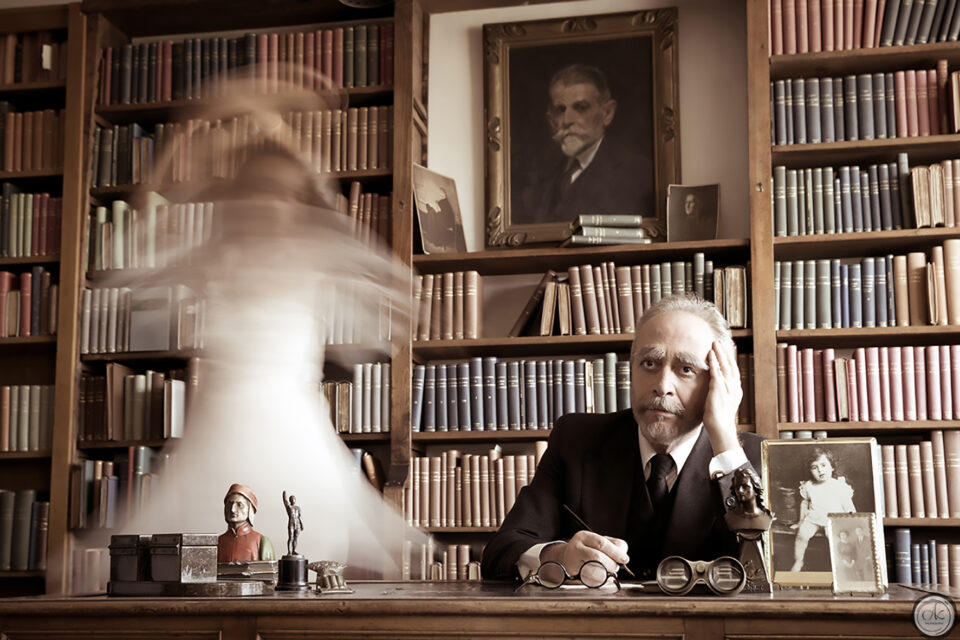 Since the beginning of September, Kypria International Festival has been bringing acclaimed local and international performances to the stages of Cyprus. Concluding towards the end of October, a few more productions part of the festival remain.

On Wednesday at the Nicosia Municipal Theatre a performance titled Costis Palamas-My Muses, The Women I Fell in Love With is arriving. This Greek production is directed by distinguished and well-known Greek actor Gregoris Valtinos who also appears in the leading role. The performance is about one of the leading literary figures of Modern Greece, Palamas who narrates his life – the adversities of his early years, his poetic quests and work, his marriage and the loss of one of his children. More importantly, he recalls his efforts towards the Greek language issue, the female-muse presence that had a profound impact on his work and the only muse that never deserted him: his homeland.

Later on this week is a musical performance all about love and its tales. In Historia De Un Amor, three distinguished Cypriot artists, Vakia Stavrou, Manolis Neophytou and Nikolas Efthymiou narrate love stories that share the passion and the wish for the elusive and sometimes ideal – what a love verse usually praises. The songs of Carlos Gardel, Manos Hadjidakis, Edith Piaf, Carlos Eleta Almaran and other composers’ that the three artists will present on Thursday in Nicosia and Friday in Limassol, talk about the madness of love, dreaming, fantasy but also about disappointment and that bittersweet feeling of nostalgia. Manolis Neophytou will also perform some of his piano arrangements.

The weekend will host another production from Greece, two performances before their world premiere at Megaron-Athens. Salema Revisited, the new creation by the international Greek choreographer Antonis Foniadakis wants to honour the music and the dances of his birthplace, Crete. The Cretan dances are an inseparable part of the social life of the island and there are many variations. In that context, Foniadakis feels the need to offer his own perspective in terms of how tradition may exist and interact with other forms of expression.

Presented on Saturday and Sunday in Nicosia, Salema is a struggle with time, immobility and the actual moment. It is where tradition encounters modernism, exuberance meets abstraction and light faces darkness, as dancers and musicians come together in a bizarre game unearthing memories and feelings. The choreography leads the way for musicians and the audience to a mystical journey starting from Crete.

Kypria will conclude on October 13 and 15 with a world premiere of Vasos Argyridis and Tim Welton’s chamber opera – Three Women. Presented in Nicosia and Limassol, the opera is about three legendary heroines of ancient Greek drama (Medea, Antigone and Hecuba) who are transported in a contemporary context and submit their personal testimony in front of a present-day man who is investigating and struggling to understand their personal drama and choices, the dilemmas they faced, and the possible guilt each one of them carries.

Costis Palamas-My Muses, The Women I Fell in Love With