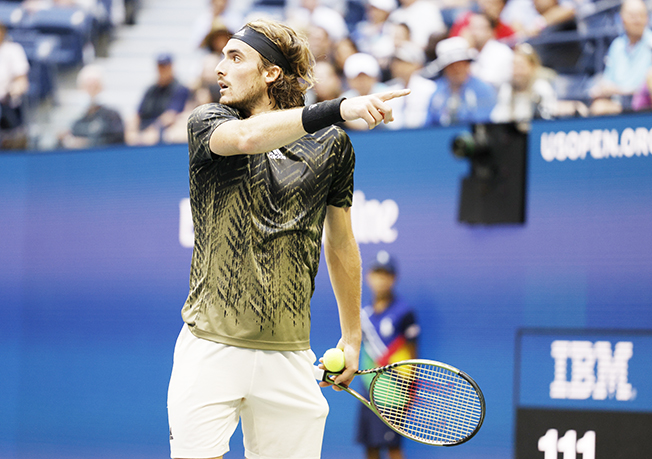 Stefanos Tsitsipas, who came under scrutiny at the U.S. Open for the timing and length of his mid-match bathroom breaks, on Wednesday said the dry conditions in Indian Wells will mean fewer trips to the restroom.

“It’s very dry here,” Tsitsipas said ahead of his first match at the tournament in the Southern California desert, where he is seeded second.

The Greek unwillingly assumed the role of villain at Flushing Meadows when Briton Andy Murray accused him of cheating over a lengthy trip to the bathroom at a critical point in their first-round match, which Tsitsipas won.

Tsitsipas insisted at the time that he was innocent of wrongdoing since there are no time limits on bathroom breaks.

An ATP Tour source last month told Reuters that changes to the rules for bathroom breaks and on-court medical timeouts were in the works.

The world No. 3 also made headlines this summer when he said he would not receive the COVID-19 vaccine unless it was made mandatory by the ATP Tour, prompting a rebuke from Greek government officials.

On Wednesday, Tsitsipas declined to say whether he has been vaccinated.

“I’m sorry but I’m not able to provide any of my medical records,” he said.