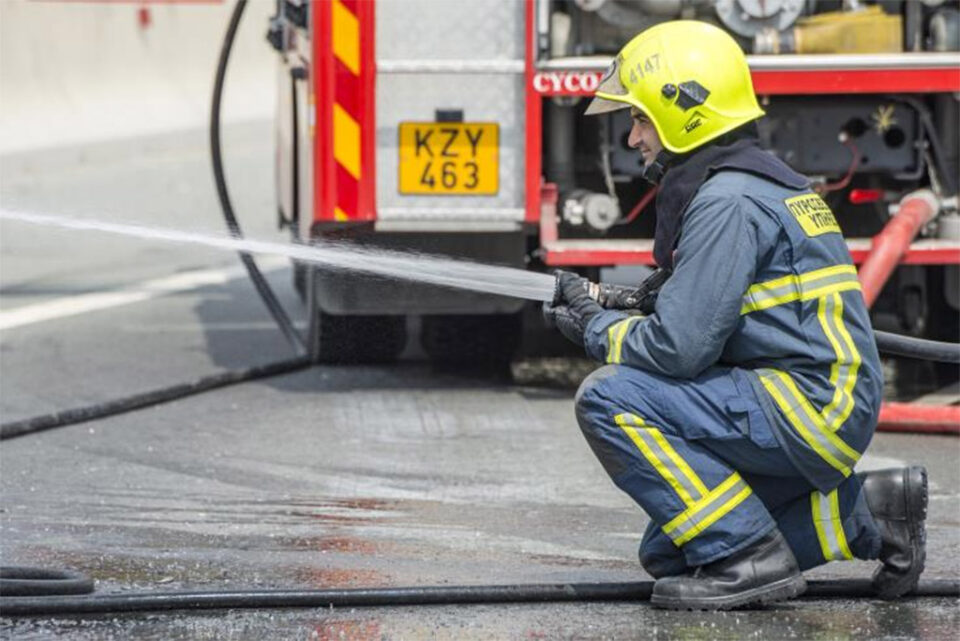 The mayor of Ypsonas, in Limassol, suggested Thursday that a morning fire at an industrial area had been set deliberately.

Pandelis Georgiou said 20 incidents had been recorded in Ayios Sylas industrial estate in the past 15 days alone.

“It is clear that we are talking about intentional acts,” he said.

“We cannot know the reasons, but a coordinated effort is underway with the police and fire service in a bid to reduce damage to factories and facilities.”

The blaze broke out just after 10am with the fire service initially dispatching two engines and two water-dropping helicopters.

Additional forces had to be dispatched after multiple fronts broke out in the area.

Firefighters managed to protect three factories, including a vehicle recycling facility, as the flames reached their perimeters.

The fire was eventually brought under control just after lunchtime after burning around 3.5 hectares of dry grass, wild shrub, and rubbish.

According to the mayor, the area used to be a landfill, which is currently awaiting restoration.