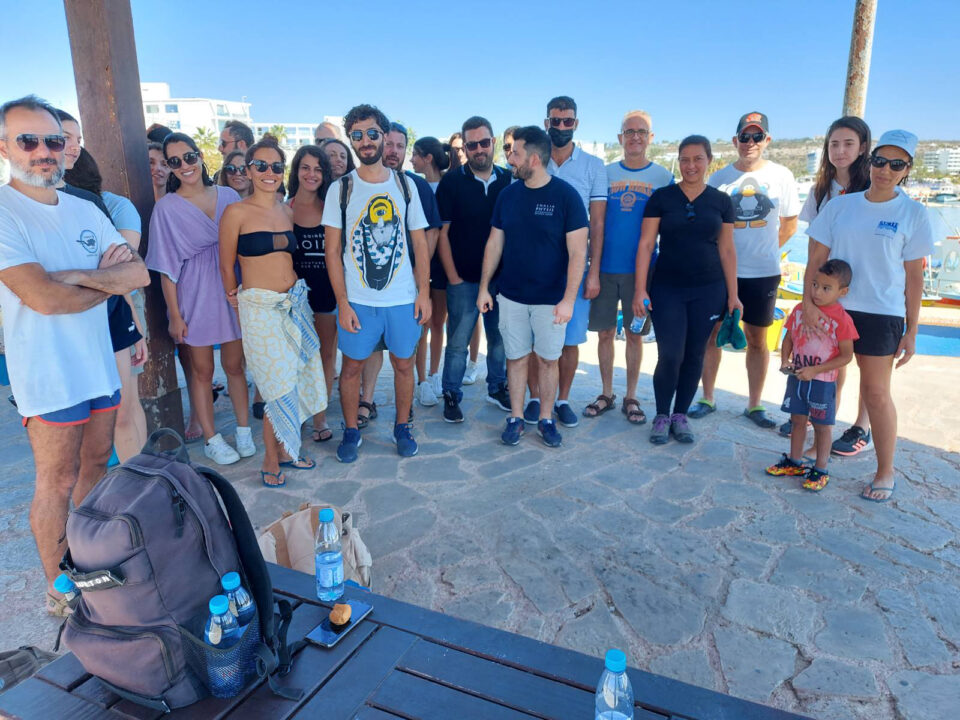 Volunteers on Saturday collected over five kilos of cigarette ends, small plastics and fishing equipment from one kilometre of beach and seabed near Ayia Napa harbour as part of a bicommunal project tackling marine waste.

The cleaning campaign was organised by bicommunal project MarLitCy («Marine Litter for Synergies, Capacity-building and Peacebuilding»), a 36-month long project funded by European Union that aims to use the problem of marine litter as a tool for promoting dialogue and building closer relationships in Cyprus.

Enalia Physis director Marios Papageorgiou told the Cyprus News Agency that 38 volunteers, 20 of them divers, participated in Saturday’s campaign to clean both the beach and the seabed close to Ayia Napa harbour with the support of Ayia Napa municipality.

Dimitra Orthodoxou, Akti’s operations manager, said that organised beaches are littered with smaller, hard to get rid of bits of rubbish like cigarette ends and small plastics that stay on the sand even after local crews clean the beaches.

“Within the first 20 or 30 minutes of cleaning, we accumulated over five kilograms of small rubbish. In total we collected around 3,500 cigarette ends, lots of bottle caps, straws and other small plastics,” she said.

She added that from the seabed, divers collected plastic bottles that ended up in the sea from the shore, as well as bits of metal and plastic from sun loungers. They also found fishing lines and nets, which are a serious problem as “they continue to fish even after they are lost at sea”.

Orthodoxou said that the project is important because it promotes bicommunal action towards the common goal of raising awareness around littering and highlighting the importance of prevention over management.

Kimon Diving Club director Pambos Theodorou said he was optimistic the public is changing its behaviour, as diving crews have been collecting less and less rubbish with each campaign.

“I believe that we get better every year, and our message is getting across,” he said.

A minute with Philio Hermann Owner of Hermann cosmetics