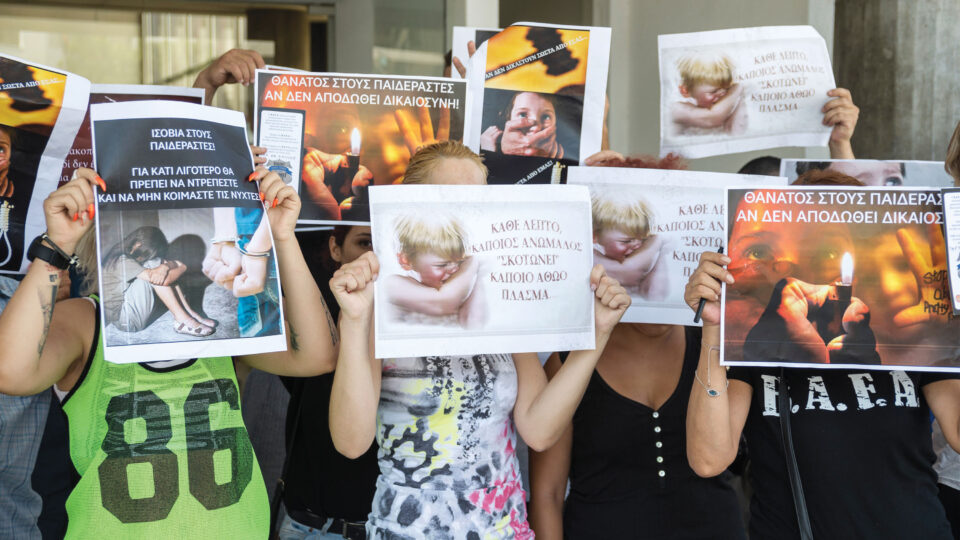 File Photo: Parents have been trying for years to see action on child sexual abuse

The council of ministers has approved a three-year plan to tackle and prevent child sexual abuse and harassment as parents called for measures following complaints against teachers that emerged earlier this week.

The action plan was a suggestion by deputy minister for social welfare Anastasia Anthousi, and will aim “through actions and initiatives to educate and equip children and their families, but also professionals, with mechanisms that will allow them to identify the early signs of abuse and protect children”.

The deputy ministry recognises that alongside addressing the effects of child sexual abuse, incidents can only be successfully reduced through prevention.

The Pancyprian federation of secondary school parents’ associations on Friday expressed concerns about the safety and wellbeing of their children in a written statement, where they said  they are following the latest developments “with intense frustration, concern and anxiety” and demanded action from the relevant authorities.

The previous day, police confirmed that a high-school student in Nicosia had filed a complaint that she had been sexually abused by her female teacher while at school – the second case that emerged this week.

The first concerned a male secondary school teacher who was remanded for eight days as police investigate a complaint he had sexually abused a female pupil in class at a Larnaca public school.

“At the same time, we were frightened to hear about the amount of complaints before the education service commission that have not been investigated yet,” the statement added.

The parents questioned why that is, saying that not swiftly looking into cases “could be allowing some people to continue their abominable actions”.

“As parents, we would like to express our intense concern about the safety and wellbeing of our children at their schools, spaces that should inspire security and serenity,” the statement added.

Sexual abuse or harassment are among the most heinous crimes and become even more heinous when the perpetrator is the person whom the parents and the state have entrusted to educate their children and shape their character, it further said.

The statement also laid out a series of demands on behalf of the parents, the first being changes in legislation that will provide for the immediate termination of offenders’ employment and make sure that they will not be able to teach again.

Parents also asked for a more effective mechanism through which pupils and parents will be able to make complaints.

Lastly, they asked for the introduction of comprehensive sex education programmes at schools for children at all levels.

“This will give minors the tools to recognise sexual abuse, fight against it and report it, while also helping parents better identify its signs and support their children”.

They also thanked Education Minister Prodromos Prodromou for announcing that his ministry would address the gaps in the regulations as to what should be done with teachers in such cases.

“We expect the state to act immediately to protect our children from those who steal their innocence,” the statement finally said.

Our View: Time to take a stand against CoLA