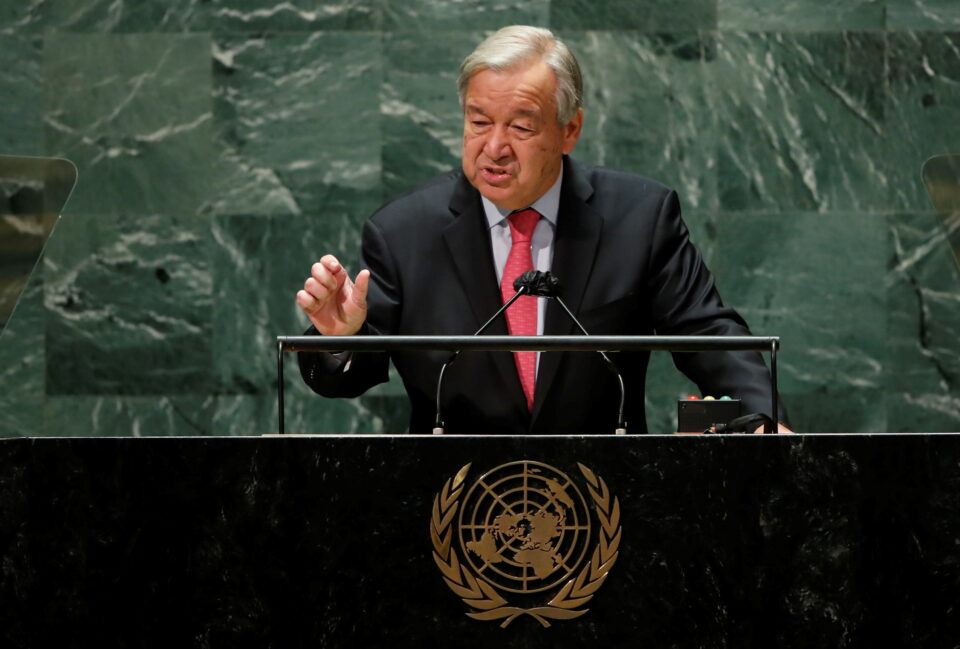 Britain, Greece and Turkey have all failed in their assigned roles

When the Republic of Cyprus was born in 1960, she was given three “god-mothers” – Britain, Greece and Turkey – who were meant to shield and protect the new-born baby against the threats confronting a new state in its childhood. It is readily evident that this arrangement has abysmally failed to deliver what it had promised to deliver. In fact, it did exactly the opposite; it resulted in various underlying problems being compounded so that the set-up collapsed.

All three guarantor powers failed to discharge the obligations they had undertaken under the guarantee treaty they had signed. In the 1960s, they all cultivated a climate of suspicion, confrontation and friction, which culminated in the 1974 coup d’état staged by the Greek military junta. This was immediately followed by Turkey’s military intervention, purportedly to protect the Turkish Cypriots and re-establish the constitutional order in Cyprus, but in reality Turkey saw it as an opportunity to set foot in Cyprus. The United Kingdom, meanwhile, stood idle, serving the role of Pontius Pilate and effectively refusing to get involved in any way, apart from drawing the celebrated green line, which ensured that the two Cypriot communities were kept apart for the ensuing 50 years.

It is true that in Cyprus we still have two relatively small but vocal groups of extremists who systematically promote ethnic hate and mistrust, either out of sheer stupidity or to serve their own self-interests. The truth is that the three guarantor powers have done absolutely nothing to prevent or, at least, restrain these people from acting in a manner that fuels the racial and ethnic separation of the two Cyprus communities. What is actually amazing is that, despite the clear failure of the guarantor powers to serve the role they had undertaken, a very significant segment in each community is still in favour of the reunification of Cyprus, under the umbrella of the European Union. However, they are afraid and concerned that, in the absence of an effective mechanism for diffusing conflict, the extremist elements that previously succeeded in spelling trouble for Cyprus may strike again.

This is the problem identified by UN Secretary-General Antonio Guterres and enabled him to conclude and emphatically stress – in the Guterres Framework – the need to replace the existing system of guarantees, which has clearly failed, with a new system that would be effective in providing the certainty and comfort that all Cypriots seek.

I know that the secretary-general has blamed the leaders of both communities for failing to understand and appreciate the significance of his proposals on this issue and as a result have induced the collapse of the peace-seeking process at Crans-Montana, at the end of 2017.

The three guarantor powers had obvious conflicts of interest that prevented them from properly and effectively discharging their duties as guarantors. This was, perhaps, the biggest shortcoming of the constitution based on which the Republic of Cyprus came into being in 1960.

Those who were instrumental in shaping these rules possibly had a vital interest in pretending they were not aware of those shortcomings; perhaps, no alternative arrangements were readily available, or they were simply incapable of spotting the problem that they were inheriting with the new state. Whatever the cause of this failure, what is clearly necessary now is the need to ensure that these conflicts of interest are completely eliminated under the new arrangements that may replace them.

Under these circumstances, the following thought has crossed my humble mind. The secretary-general not only has the right, but it could be easily argued that he has the obligation to develop and propose a detailed plan of a new scheme of safeguards and guarantees that would secure the necessary conditions for the survival of a united, federal Cyprus and would provide the feeling of certainty and security that both communities need. I believe that in drafting such a plan, all three past guarantors should be excluded, on the basis of their previous catastrophic failure to perform their duties.

Needless to say that once a draft is developed by the secretary-general, as envisaged within the Guterres Framework, it should be placed before Cypriot civil society for constructive comments and suggestions.

I genuinely believe that this would be a much more constructive role that could be assigned to a new UN Security Council representative in Cyprus. Such an approach would have a much better chance of producing the desired result, as opposed to passively confirming the unwillingness of the current leaders of the two communities, who appear reluctant to abandon their entrenched positions.

Such a proposal would constitute a substantial ‘confidence building measure’ and a very significant contribution of the United Nations to the peace keeping process in Cyprus and the Eastern Mediterranean. In my opinion, it is an action that does not require the prior consent of the two Cyprus communities given that it would be subject to their acceptance. It also does not require the consent of the so-called “guarantor powers” as their failure to discharge their obligations has automatically disqualified themselves from continuing to act in that capacity.