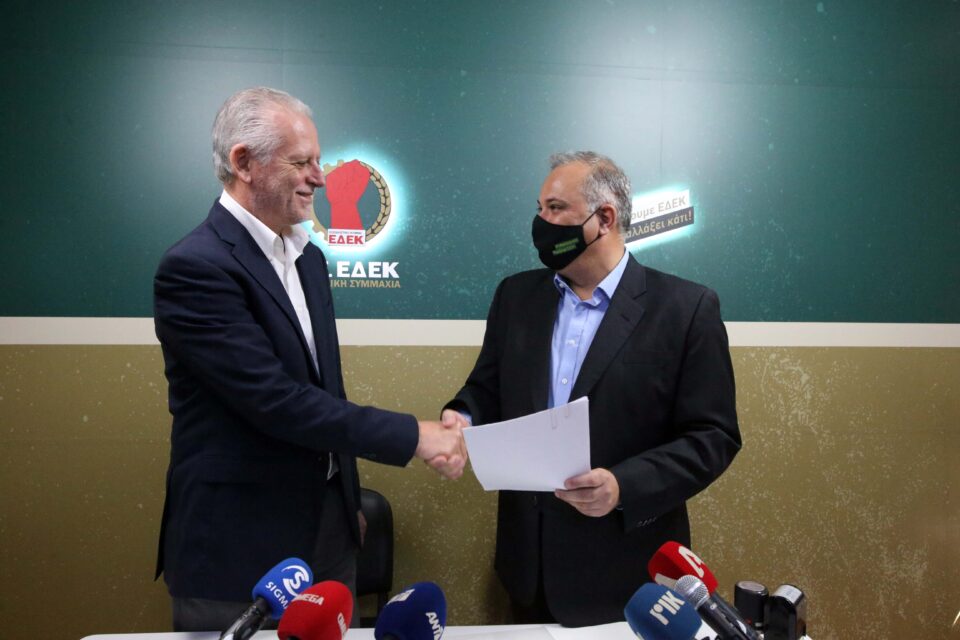 The response of the two parties was very different. The Edek leadership disregarded the order, party leader, Marinos Sizopoulos defiantly announcing that the conference would go ahead as scheduled, adding that this would be the best answer to the three members that were allegedly trying to break up the party. The three applied to court on the grounds that there had been serious tampering with the register of members and that this would affect the election result.

The Greens fully respected the injunction issued last Friday, just 48 hours before the election conference, which was called off. The court order, postponing the elections for 60 days, would allow the man, who had taken legal action on the grounds that his expulsion from the party in July was arbitrary, to be reinstated and stand in the election for leader. The 60 days would give the applicant time to hold his campaign so he would not be at a disadvantage, the judge reasoned.

There has been no ruling by the courts in these disputes, and this was why the respective injunctions were issued. It could take years for the cases to be tried so judges have suspended proceedings, which blatantly favours the applicants. In the case of the Greens, the elections have been put on hold so that an expelled member can be reinstated and allowed to stand in party elections, but what if the court decided a few years later that the expulsion was in accordance to party rules? In the case of Edek, there is no such issue because the party ignored the injunction, but what kind of example had it set in showing no respect for a court order?

It is possible that the courts could not turn away the applications from the individuals against their respective parties, but the wisdom of the court arbitrating over internal disputes of political parties and issuing injunctions must be questioned. This could lead to any internal dispute of a political party being taken to the courts, not in pursuit of justice, but as a spoiling tactic.

Common sense, which has a place in the interpretation of the law, suggests that the courts must stay clear of internal disputes in political parties, unless there is prima facie evidence of a crime having been committed.