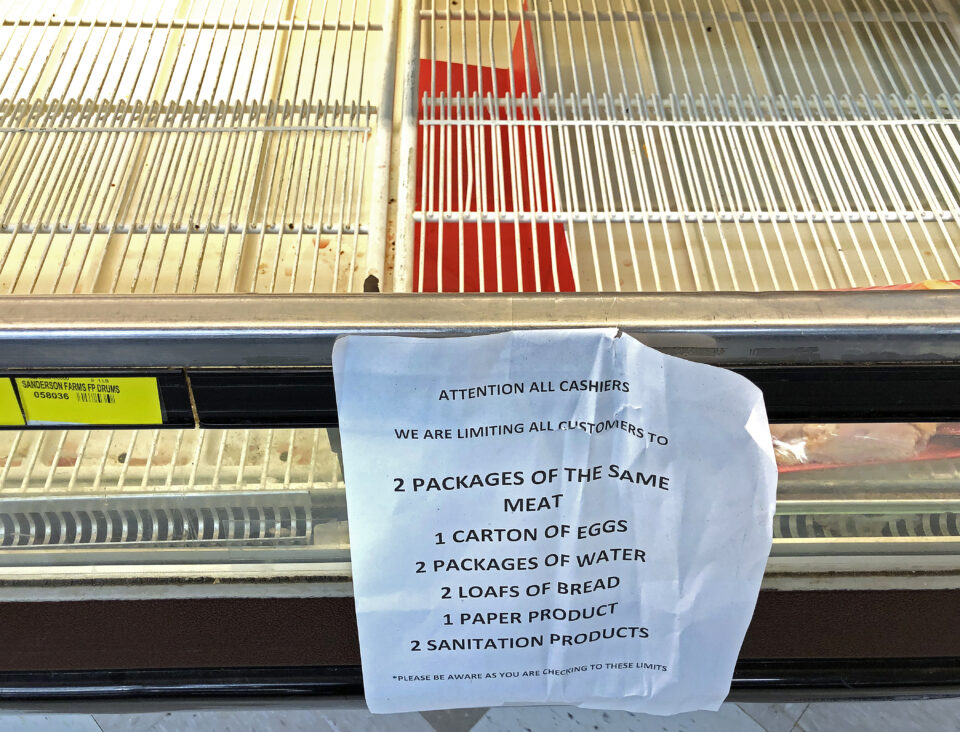 The supply crisis, driven in part by the global COVID-19 pandemic, not only threatens to dampen U.S. spending at a critical time, it also poses a political risk for President Joe Biden.

The White House has been trying to tackle inflation-inducing supply bottlenecks of everything from meat to semiconductors, and formed a task force in June that meets weekly and named a “bottleneck” czar to push private-sector companies to ease snarls.

Biden himself plans to meet with top executives from retail giants Wal-Mart Inc and Home Depot Inc and with unions and other stakeholders on Wednesday to discuss efforts to relieve transportation bottlenecks before delivering a speech on the topic.

Supply chain woes are weighing on retail and transportation companies, which recently issued a series of downbeat earnings outlooks. Meanwhile, the Federal Reserve last month predicted a 2021 inflation rate of 4.2%, well above its 2% target.

“There will be things that people can’t get,” a senior White House official told Reuters, when asked about holiday shopping.

“At the same time, a lot of these goods are hopefully substitutable by other things. … I don’t think there’s any real reason to be panicked, but we all feel the frustration and there’s a certain need for patience to help get through a relatively short period of time.”

Inflation is eating into wages. Labor Department data shows that Americans made 0.9% less per hour on average in August than they did one year prior.

The White House argues inflation is a sign that their decision to provide historic support to small businesses and households, through $1.9 trillion in COVID-19 relief funding, worked.

U.S. consumer demand stayed strong, outpacing global rivals, and the Biden administration expects the overall economy to grow at 7.1%, as inflation reaches its highest levels since the 1980s.

“We recognize that it has pinched families who are trying to get back to some semblance of normalcy as we move into the later stages of the pandemic,” said a second senior White House official.

In August, the White House tapped John Porcari, a veteran transportation official who served in the Obama administration as a new “envoy” to the nation’s ports, but he’s known as the bottleneck czar.

Porcari told Reuters the administration has worked to make sure various parts of the supply chain, such as ports and intermodal facilities, where freight is transferred from one form of transport to another, are in steady communication.

Now it is focused on getting ports and other transportation hubs to operate on a 24-hour schedule, taking advantage of off-peak hours to move more goods in the pipeline. California ports in Long Beach and Los Angeles have agreed to extended hours, and there are more to follow, he said in an interview Monday.

“We need to make better use of that off-peak capacity and that really is the current focus,” Porcari said.

“It’s important to remember that the goods movement system is a private sector-driven system,” he said. “There’s problems in every single part of that system. And, they tend to compound each other.

“While the pandemic was an enormously disruptive force, I think it also laid bare what was an underlying reality, which was the system was strained before the pandemic.”

A NEW WAR ON CHRISTMAS

Republican strategists are seizing on possible Christmas shortages to bash Biden’s policies as inflationary, and thwart his attempt to push a multitrillion-dollar spending package through Congress in coming weeks.

Trump, considered the front-runner Republican candidate for president in 2024, blasted it out in a mass email through his political action committee, Save America.

Seth Weathers, a Republican strategist who ran Trump’s Georgia campaign in 2016, said they see a local impact. “People here in Georgia are paying twice as much for items than they paid a year ago, and they are blaming Biden. He’s in charge.”

A Quinnipiac poll released last week showed Biden is losing the public’s trust on the economy, with only 29% of public thinking the U.S. economy is in “good” or “excellent” condition, compared with 35% in April.

“President Biden could use a holiday season win,” Quinnipiac polling analyst Tim Malloy said. “A slowdown of holiday season deliveries and the financial strain that comes with it would be coal in the stocking for the administration at the close of the first year in office.”