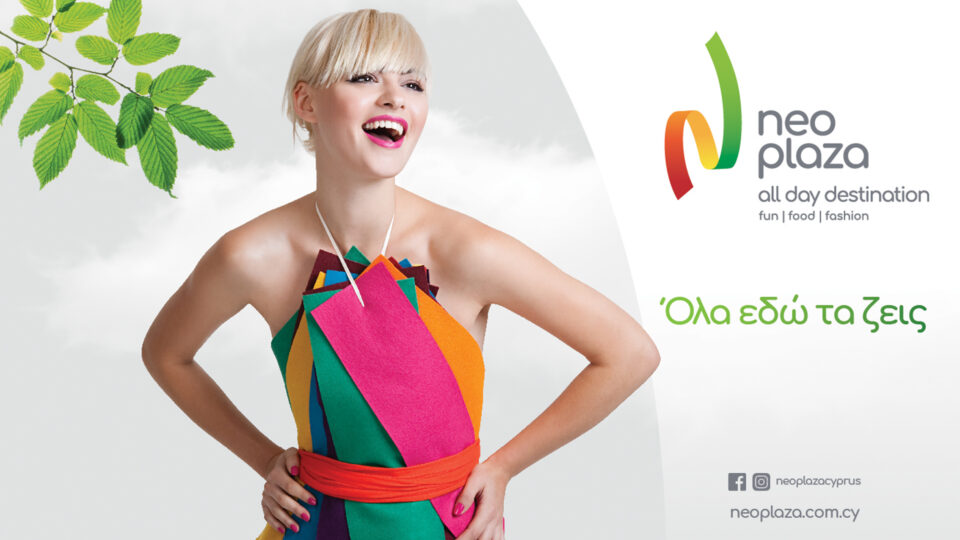 Neo Plaza retail park is opening its doors with 45 stores this Tuesday in Kokkinotrimithia.

With the moto “All day destination for Fun, Food and Fashion”, Neo Plaza “combines the modern with the traditional habits, inaugurating a new way of entertainment and consumer goods in a multifaceted place, a point of reference,” the press release said.

Located just 15 minutes from Nicosia’s town centre, Neo Plaza aims to serve the needs of the local consumer public of all ages, combining leisure with smart shopping in 45 stores, ranging from fashion, cosmetics, jewellery and food.

“The design and commercial concept, on the basis of which Neo Plaza is built, expands the retail industry of Cyprus, while it also contributes decisively to its financial profile. On October 19, our commercial park opens at more than 70 per cent capacity and by the beginning of November it will reach 90 per cent,” said Neo Plaza general manager Sotiris Sigalas.

It will also offer a wide range of activities for all ages, including a modern 4,000-sq.m playground provided by Greek company Volta, and the first e-sport shop Fragstore.

The main square, which is the vital core of the retail park, is surrounded by dining areas and includes both covered and uncovered seating areas. The food establishments include McDonald’s, KFC, Caffe Nero, Mikel, Beer & Beer, Chopstics, Melyriton, P&P ice cream bar, and Centaurs Express.

Neo Plaza will also be able to host events such as concerts, charity markets, and fashion shows.

Some 350 new job positions were created at the new centre.

Netflix renews thriller series You for a fourth season