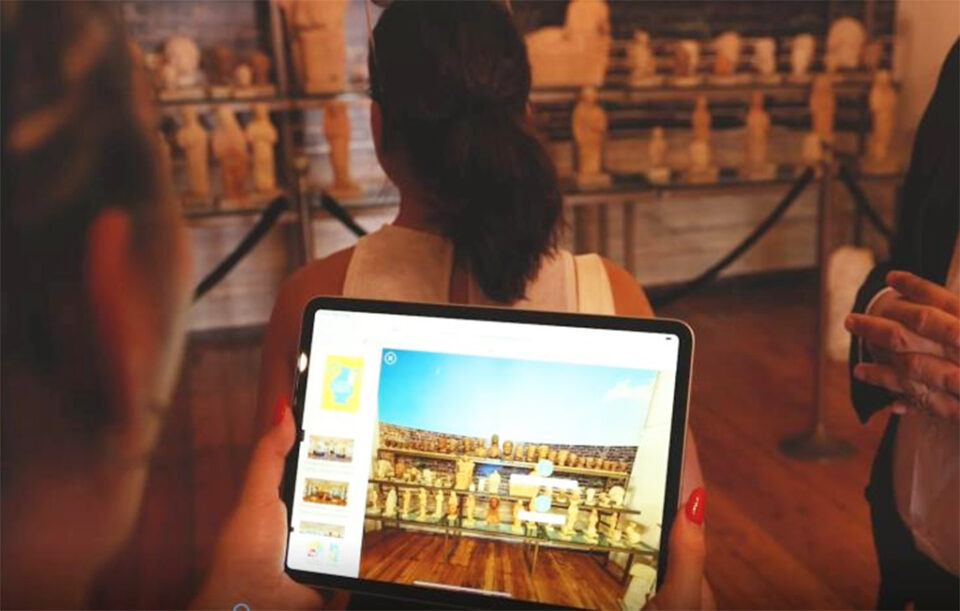 Ancient monuments in Larnaca will be virtually restored in three-dimensional forms in a first for the island, as part of the digital evolution of the town’s tourism.

President of ETAP Dinos Lefkaritis said that for a tourist destination to survive it must adapt to the trends of the modern era and that was exactly the pursuit of this joint initiative, operated with the deputy ministry of tourism.

Historical research and the history of the town have combined with technology to bring to life important reference points for the tourist product.

Deputy tourism minister Savvas Perdios said: “the deputy ministry, in the context of the implementation of the National Tourism Strategy 2030, supports such innovative efforts to digitize the technological means that enhance the visitor experience”.

An important initiative was the virtual restoration of the ancient ruins of Kiti ancient port, where the visitor can see how the port looked 2,500 years ago.

A second initiative is the Larnaca storytelling statutes, which involves the placement of QR codes so that visitors can scan the code using a mobile phone, select a language from English or Greek, and the statue then “calls” you to tell you its story, the tourism board explained.

The number of speaking statues has increased with the addition of the statue of Byzantine emperor Leo VI the wise in the Ayios Lazarus church, the Armenian genocide memorial Monument, the bust of Tevkros Anthias, the statue of Peace in the Municipal Garden, as well as Makarios and Sophia Siambon. Interactive sightseeing was extended in Pervolia with the statue of Kallipateira.

Talking statues on display in museums were also included, such as the Cross-shaped Figurine at the Pieridis Museum and Hippocrates at the Kyriazis Medical Museum.

During the event, the ongoing project for the promotion of Larnaca’s underwater tours was presented, which includes the shipwrecks of Zenovia, Elpida, LEF1 as well as the reefs in the Skopia area in Xylofagou and Dorida.

These underwater diving routes will include all the details for each diving spot and presentation of the diving routes in a virtual 360 degree format.

This tool is based on modern technology and offers the opportunity of virtual browsing and access to structured information that enhances the end user experience, such as 3D representations of spaces and exhibits, video and audio documents.