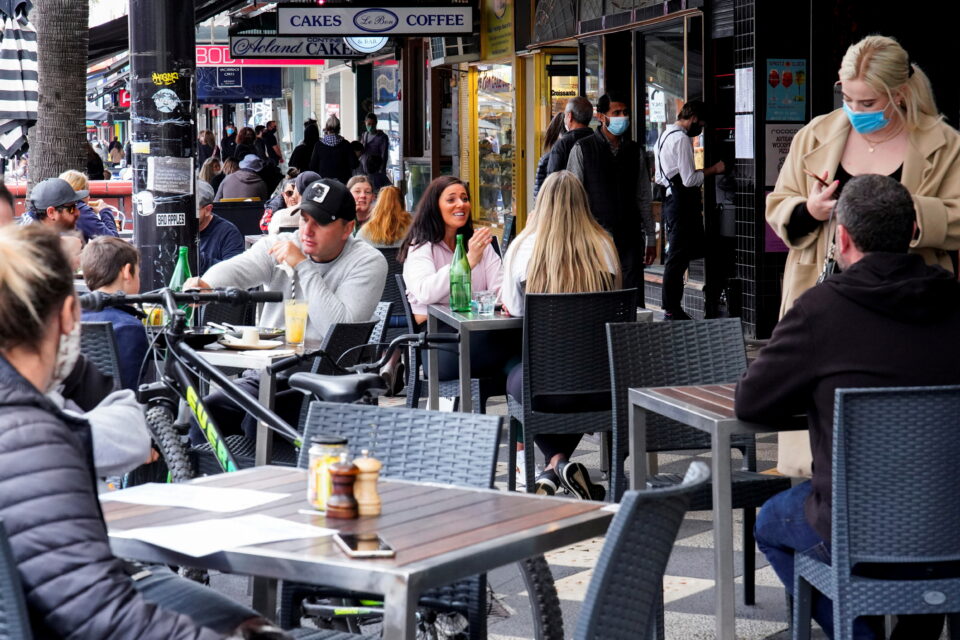 Home to about five million people, Melbourne endured 262 days, or nearly nine months, of restrictions during six lockdowns since March 2020, longer than the 234-day continuous lockdown in Buenos Aires.

Despite rain on Saturday morning, people queued for barbers and breakfast restaurants, all of which are open only to the fully vaccinated.

Late on Friday, people broke into a spontaneous street party in Melbourne’s southeast and many rejoiced with their first drink in months in a pub with friends, social media footage showed.

Although the Delta outbreak continues to spread, with 1,750 new cases and nine deaths reported on Saturday in Victoria state, of which Melbourne is the capital, the ease in restrictions came the state’s full-vaccination rate reached 70 per cent.

While most retail outlets remained closed, authorities said further easing will come once 80 per cent of Victorians are fully inoculated, estimated by next weekend.

“Let’s not slack off, let’s increase the pace as we get to the 80 per cent milestone – but also the 90 per cent vaccination milestone,” Jeroen Weimar, Victoria’s Covid-19 response commander, said on Saturday.

While small but violent anti-vaccinations protests have taken place in Melbourne and other cities this year, Australians overwhelmingly support vaccinations, with polls showing the percentage decisively opposed in single digits.

Nearly 72 per cent of adults in Australia are now fully vaccinated and nearly 87 per cent have received one shot. According to a national strategy, lockdowns will be unlikely once 80 per cent of Australians are fully inoculated.

Sydney, Australia’s largest city, celebrated its reopening two weeks ago, after reaching the vaccination threshold of 70%. On Saturday, New South Wales state, of which Sydney is the capital, recorded 332 Covid-19 cases and two deaths.

Weekend newspapers were filled with travel advertising for the coming months, as international border restrictions start to ease from November. Flag carrier Qantas Airways is speeding up plans to restart flights to many destinations and upsize some planes amid “massive demand”.