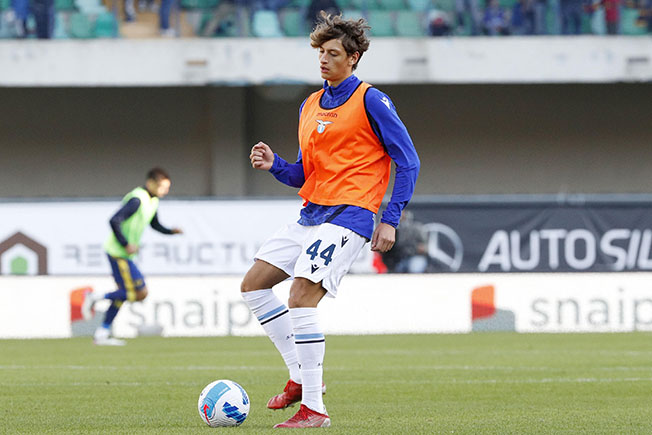 Lazio's Romano Floriani Mussolini, 18, warms up before the game

The great grandson of former Italian fascist dictator Benito Mussolini has been named in the Lazio squad for the first time in their 4-1 Serie A defeat against Hellas Verona on Sunday.

Romano Floriani Mussolini, 18, was part of coach Maurizio Sarri’s 23-man group of players for the trip to Verona.

He is the third child of Alessandra Mussolini and husband Mauro Floriani, and great grandson of Benito Mussolini, who was prime minister of Italy from 1922 to 1943 after a fascist coup.

Alessandra is a former member of the European Parliament for Forza Italia and another of Benito Mussolini’s grand-daughters, Rachele, won a second term as a city councillor in Rome this month.

A minority of Lazio fans, known as ‘ultras’, have links to the far right and banners expressing pride in the fascist movement have been flown at the Stadio Olimpico.