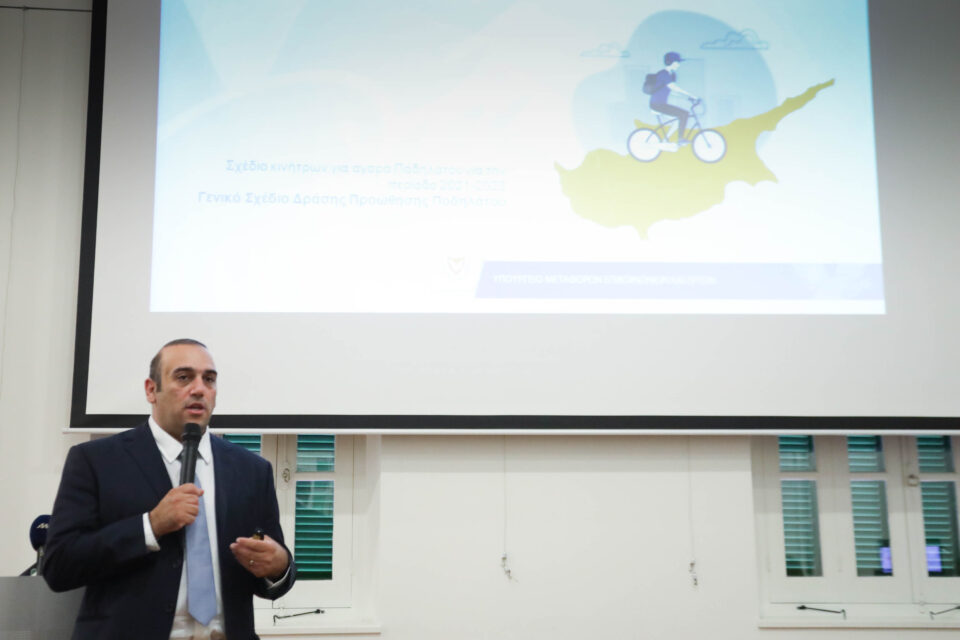 The promotion of cycling aims to improve the traffic problem, Transport Minister Yiannis Karousos said on Tuesday as he announced that applications for the government’s bicycle purchase subsidy scheme can be submitted as of Monday.

Karousos was speaking during the presentation of the podilato.goc.cy platform and the coming online portal for the bicycle subsidy scheme with a total budget of €570,000 for the 2021-2023 period.

This effort is part of the transport ministry’s strategy to increase multimobility traffic and residents’ use of sustainable means of transport, including cycling and walking, the minister said.

Explaining the three pillars that define sustainable mobility, Karousos said that cycling provides accessibility and mobility to everyone, has low energy consumption and ensures affordable costs for users.

The scheme, which is part of the €4m Energy and Climate and sustainable mobility national scheme, will provide subsidies for the purchase of city bikes, road bikes, mountain bikes, and bikes for people with disabilities.

Electric bikes are not included in the scheme as they will be part of a future programme.

Bicycles for people with disabilities will be subsidised with up to €800 or the purchase price, whichever is lower.

Eligible parties are Cypriots and other European citizens and third-country nationals residing permanently in the Republic, who are over 18. Each person will be subsidised for the purchase of one bicycle.

The significant increase of cycling is among the goals of the Vienna Declaration which was signed in Vienna on May 18, 2021, which included the pan-European Master Plan for Cycling Promotion.

According to the declaration, each EU country member must double the number of cyclists by 2030.

Other goals concern providing adequate space and improving infrastructure for cycling and walking, to develop and implement national cycling policies and set national targets as well as increase the safety of cyclists and reduce the number of deaths and serious accidents.

The promotion of cycling is also part of the wider commitment of EU Member States to reach net zero carbon emissions, as stated in the National Plan for Energy and Climate 2021-2030, which provides for climate neutrality by 2050, Karousos said.

The transport ministry “is working diligently in this direction to… reduce the use of private vehicles and promote multimodal transport”.

A council for promoting bicycle use was formed in 2016, while the road traffic code has been revised with a special chapter on cycling, and in February this year, cabinet approved the Energy and Climate and sustainable mobility national scheme with a total budget of €4m.

Karousos said the need to promote cycling became “even more urgent” during the pandemic and restrictive measures which might prevent use of buses.

Concluding, the minister said that bicycles can easily become an alternative means of transport in small countries like Cyprus.

Applications can be filed through the transport ministry’s website at http://podilato.gov.cy/mtcw/cycling.nsf/home/home?openform. They will be examined on a first-come first-served basis.