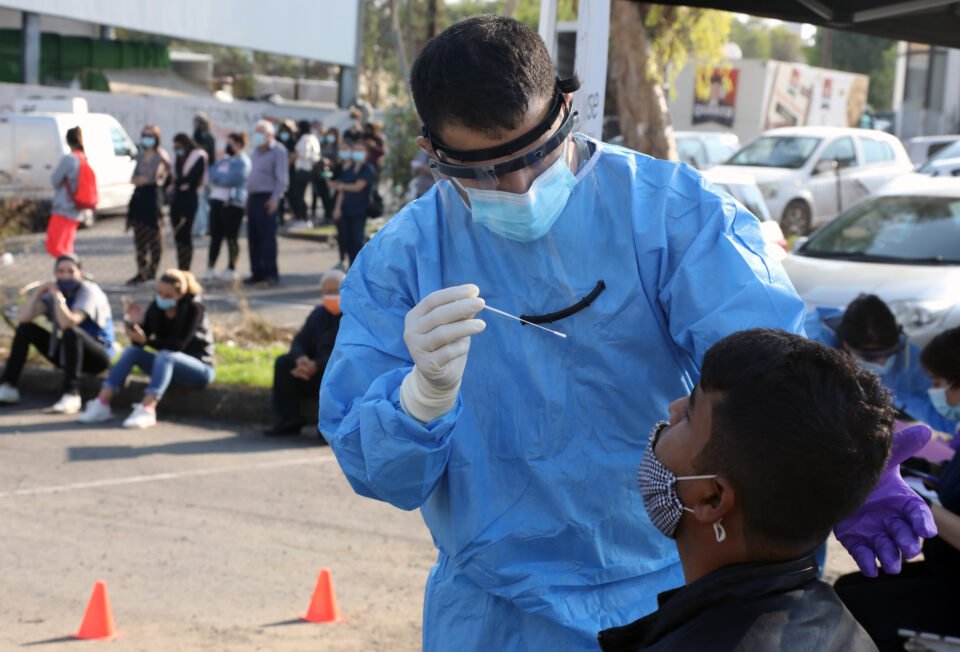 Saying that the use of ethylene oxide in coronavirus rapid tests was monitored by “strict checks”, the health ministry on Tuesday said it was ready to investigate whether any laws were broken after a private lab test showed that a swab contained multiple times the permissible trace level of the toxic substance.

The ministry said the lab in question was not accredited to carry out tests on medical equipment, only on food items.

The analysis, seeking to establish levels of ethylene oxide in rapid-test swabs was carried out by Larnaca-based Food Allergens Lab on October 21, which had set the detection limit at 0.025 mg/kg. The swab was found to contain 0.36 mg/kg of ethylene oxide.

The results prompted Isotita (Equality) union to demand the suspension of rapid tests, currently used by thousands of unvaccinated people every 72 hours as part of SafePass regulations.

Responding to the allegations, the health ministry said: “The laboratory that appears to have performed the analysis…is not an accredited laboratory for conducting tests on medical devices, but on food according to its accreditation standard,”

“Ethylene oxide has been used worldwide for decades as a method of sterilising medical equipment designed to protect users from contamination with dangerous pathogenic microorganisms,” it added.

According to the ministry, “the procedure is essential for the sterilisation of medical equipment and necessary for the protection of public health”.

Ethylene oxide “becomes dangerous” after long exposure in large quantity. The substance is highly volatile, so it is “extremely difficult” to remain in any medical equipment, including the swabs for rapid antigen tests, the ministry said.

In addition, there are “strict rules” regarding medical equipment making sure this substance is removed, and “any residues are well below national and international safety limits”.

The ministry continued to list the standards that must be followed if products are sterilised with the specific substance.

Moreover, products available in the European market, are inspected by a notified body approved by the European Union.

The health ministry added that they were in contact with the attorney-general and the chief of police to investigate whether any offences had taken place in the conduct of the lab test.

Ethylene oxide is a gas commonly used to sterilise many different types of medical devices, including swabs used in test kits. Ethylene oxide (EtO) gas sterilisers have been used by hospitals for over 40 years to sterilise surgical equipment and supplies that are heat sensitive or that cannot tolerate excessive moisture.

Use of the substance is banned in food production in the EU with the maximum residue level for the sum (of ethylene oxide and the conversion product 2-chloroethanol), referred to as ethylene oxide, has been specified at 0.05 mg/kg.

Back in August, health authorities ordered a recall of a number of foodstuffs on the market found to contain ethylene oxide but said at the time that trace amounts pose no direct danger to human health.

The ministry had then said that the very low levels of ethylene oxide detected in certain batches of foodstuffs – donuts and ice creams – pose no direct danger to human health, “however based on scientific studies it is assessed that frequent consumption on a long-term basis, even with trace amounts of ethylene oxide, increases the risk of developing cancer.”

As such, the ministry added at the time, “there is absolutely no cause for alarm among people who may have consumed a foodstuff that has been recalled.”