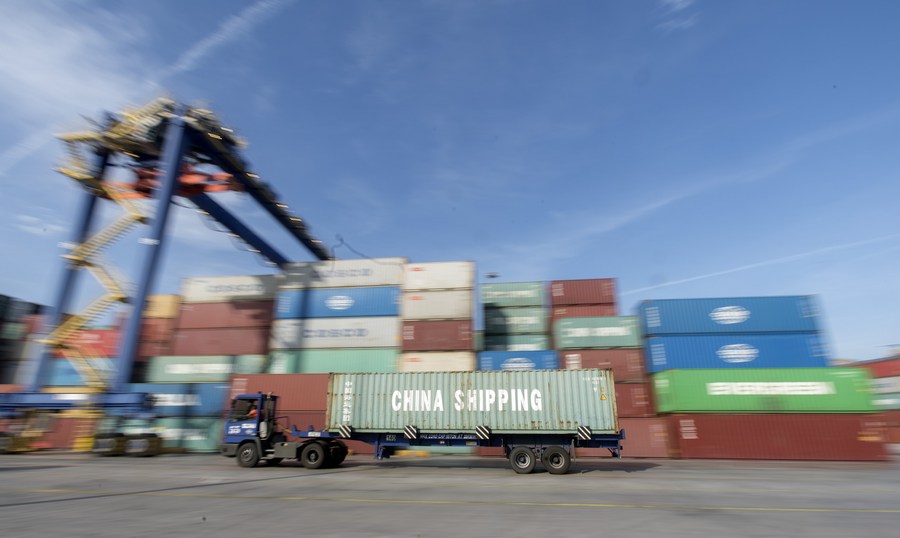 Greece is an important partner in building the Belt and Road Initiative (BRI) and China is willing to continue its effort with Greece to build a high-quality BRI, visiting Chinese State Councilor and Foreign Minister Wang Yi told his Greek counterpart Nikos Dendias here on Wednesday.

Wang said that Greece is the first stop of his visit to Europe, showing that China attaches great importance to Sino-Greek relations.

Since the establishment of diplomatic ties, China and Greece have always adhered to the historical perspective, followed the trend of the times and respected, understood, trusted and supported each other, setting a good example for exchanges between different countries and civilizations, Wang said.

The two sides should continue to support each other’s core interests and major concerns, further deepen practical cooperation in all areas and push for new progress in China-Greece comprehensive strategic partnership, he noted.

The Chinese foreign minister said that China is pleased to see that the Piraeus Port project, a symbol of bilateral cooperation and a flagship project of the BRI, is moving forward smoothly, boosting significantly Greece’s development.

China is ready to work with Greece to build Piraeus into a world-class port, he said, calling for the two sides to expand BRI cooperation in key areas and increase mutual investment.

Greece believes that China’s future is unlimited, said Dendias, adding that Greece is full of confidence in the development of bilateral relations.

Noting that China and Greece share many common development concepts, Wang invited Greece to actively participate in the Global Development Initiative put forward by Chinese President Xi Jinping, which according to Dendias is valued and applauded by the Greek side.

Wang also called on the two countries to jointly contribute to accelerating the implementation of the United Nations’ 2030 Agenda for Sustainable Development.

Dendias said that Greek-China relations have become stronger in the joint fight against the COVID-19 epidemic, and Greece is ready to continue supporting each other and strengthening communication and coordination with China on international and multilateral affairs.

Dendias also briefed Wang on the flame-lighting ceremony for the Beijing 2022 Winter Olympics and said that Greece was proud to work with China on the Piraeus Port project.

The two sides agreed to strengthen exchanges at the regional and provincial levels with the launching of the China-Greece Year of Culture and Tourism in September this year.

Wang said that China and the European Union (EU) are partners, not rivals. They are collaborators, not competitors. China always supports the EU in its development, integration process and enhancing strategic autonomy.

China and the EU should respect each other, conduct exchanges on an equal footing, enhance understanding and manage differences, Wang stressed.

At present, it is especially important to guard against and prevent the attempts of some individual country to challenge the one-China principle and undermine the political mutual trust between China and Europe, he continued.

Dendias agreed with this, adding that EU-China cooperation enjoys broad prospects and will help the EU to become an independent and strong international power.

The two sides also exchanged views on Afghanistan, the eastern Mediterranean, Libya and other issues of common concern.

Greece is the first stop of Wang’s European tour, which will also take him to Serbia, Albania and Italy this week.