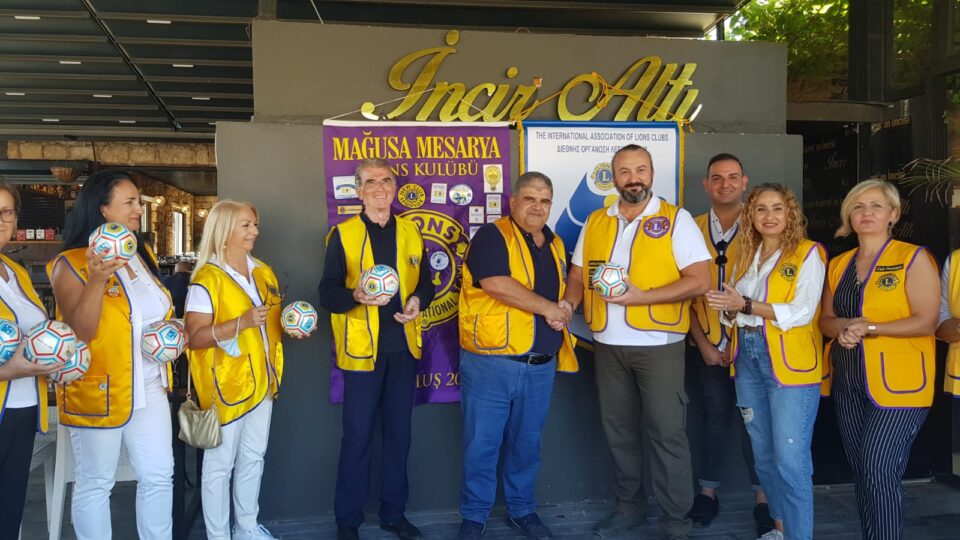 Lions groups from both sides of the divide met recently for the first time since 1974, in a friendly gathering with the members agreeing to hold joint service activities as soon as possible.

According to a press release, the Lions Walk To Serve Foundation, operating within the jurisdiction of the Lions district of 117-B (Cyprus and North Greece),  met with the Magusa Mesarya Lions Club serving in northern Cyprus, the undistricted area.

During the event, that took place in the Famagusta old town in the north, the Lions Walk To Serve Foundation, established in 2013,  presented mini footballs for visually impaired children living in the Turkish Cypriot community.

“PDG George Savvides, the President of The Walk To Serve Foundation and members of the Foundation Committee from the Greek Cypriot community visited Famagusta Old Town in the northern part of Cyprus and met with members of Magusa Mesarya at a friendly lunch meeting,” it said. 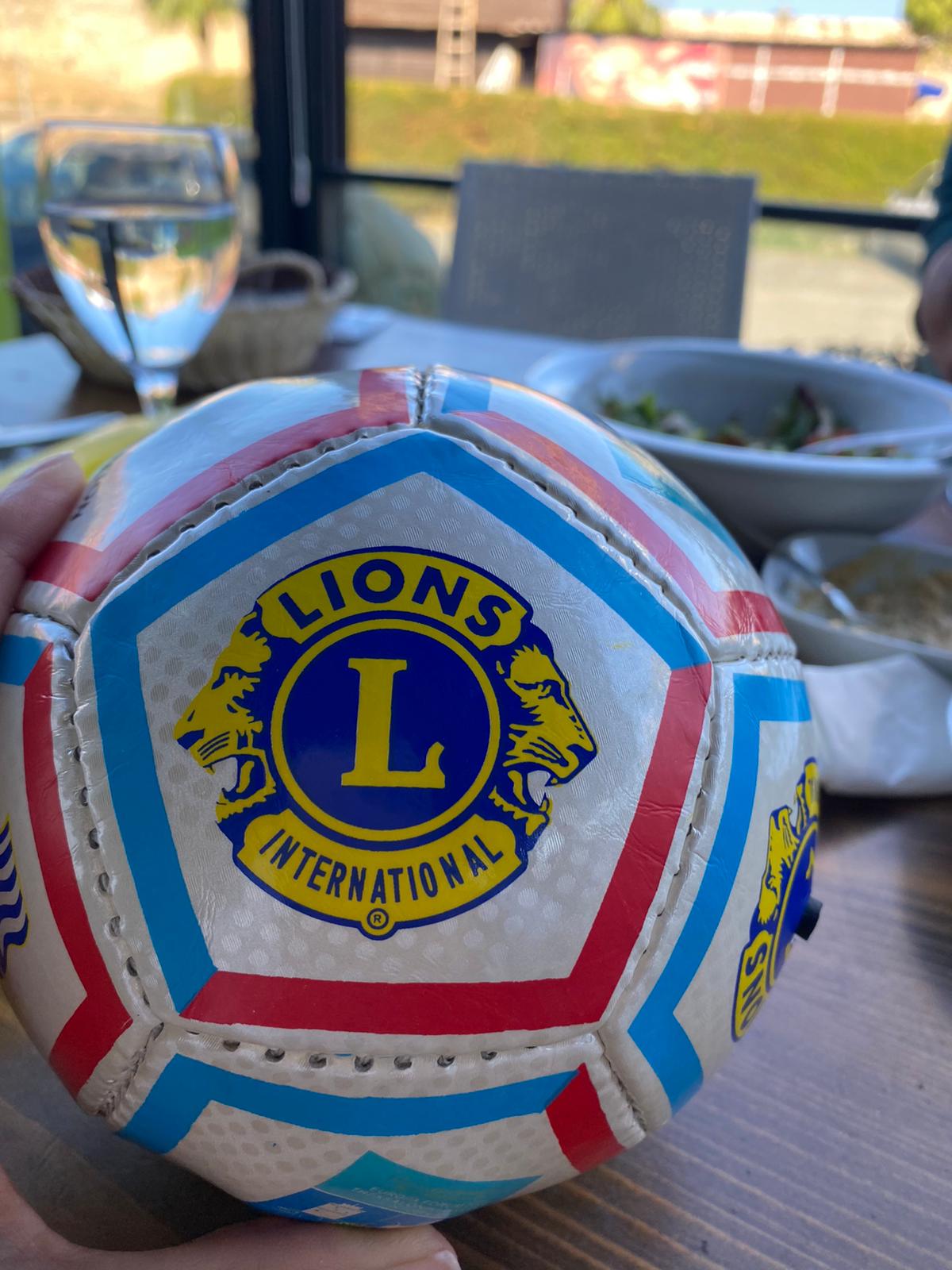 A Ball for All is the world’s first mini football for blind children which has been supported and highlighted as the global service project during Lions Europa Forum 2021 in Thessaloniki, the press release said.

“The friendly gathering of the Lions of both sides at such an event is being one and only example in the island’s Lions history since 1974, in which a Lions Foundation registered in 117-B (Greek Cypriot Community) and an undistricted Cyprus Lions club in the north (Turkish Cypriot Community) decided to take steps for community service,” it added.

The friendly lunch meeting began with the welcome speech of Fikret Sendil, a member of Magusa Mesarya Lions, followed by Savvides’ address. Afterwards, the balls were delivered to the members of Mesarya by the members of the Foundation.

Ibrahim Genç, the President of the Magusa Mesarya extended his appreciation to the Greek Cypriot Lions for their support through the Lions Walk To Serve Foundation and congratulated the successful works of the Foundation.

“The Lions have agreed to reunite for joint service activities as soon as possible,” the press release said.

It added that Lions clubs operating in the north of the island are not affiliated with any other Lions district but Lions Clubs International acknowledges the northern part of Cyprus as an undistricted territory but not a separate geographical area from the rest of Cyprus.

Why we all need to look after our bones