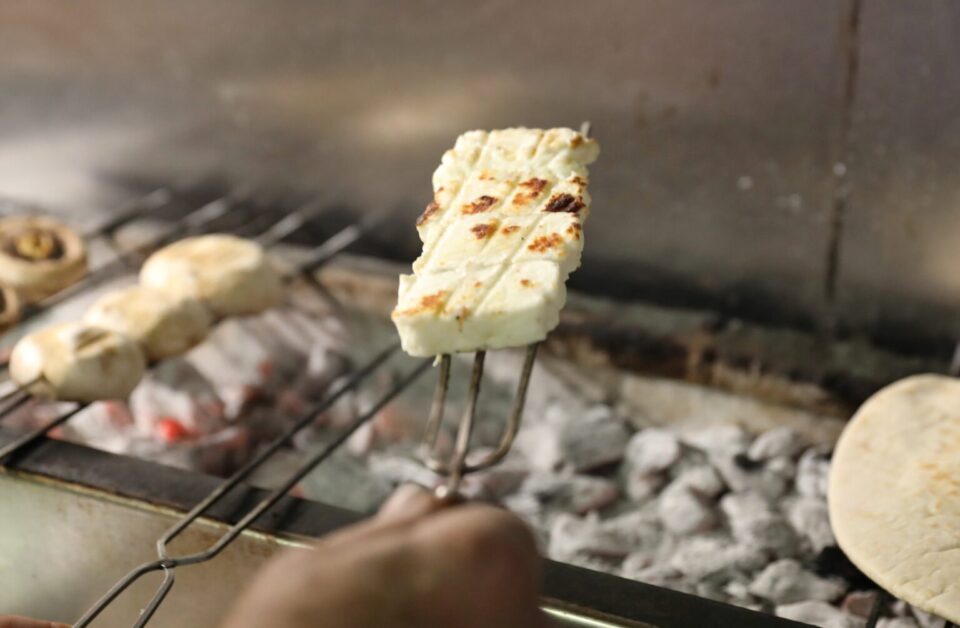 Halloumi is not the means to achieve political goals, a state official said on Tuesday after reports that Turkish Cypriot leader Ersin Tatar tried to get the European Commission to appoint a competent authority in the north for the certification of Turkish Cypriot producers.

According to daily Phileleftheros, Tatar, in a letter to European Commission President Ursula von der Leyen, expressed his concerns and dismay that Bureau Veritas, the body tasked with checking on both sides of the divide whether halloumi production standards are up to the protected designation of origin (PDO) specifications, has yet to sign an agreement with the Turkish Cypriot Chamber of Commerce.

He also reportedly said that the legislation approved by the EU conceded authority to the Greek Cypriot side despite that it has no jurisdiction in the north.

Any other, supportive role by chambers of commerce, either in the north or south is welcome, he added. He said the chambers can help everyone achieve the common goals.

“We encourage this,” Socratous said. The agriculture ministry as the competent authority has not excluded anyone, Greek Cypriot or Turkish Cypriot, he added.

He said that since October 1 when the regulation was put in force based on which halloumi was approved as PDO, all documents were available in Greek and Turkish on the ministry’s website and everyone could register.

“But realising the difficulties due to the political situation on the island, we expressed readiness to meet with the Turkish Cypriot Chamber of Commerce, which is recognised by the state as it was established prior to 1974, and Bureau Veritas, to look at the practical difficulties and the solutions,” he said.

The ministry’s goal, he said, is to support the Turkish Cypriot chamber as it has the Greek Cypriot one, and all that ask for help be provided all the necessary information, answers to questions, and clarifications for everyone wishing to be included in the halloumi PDO certification status.

On Tatar’s letter to von der Leyen, Socratous said this was an attempt for indirect recognition of the north. Halloumi, he added, was not the medium to achieve political goals.

He gave reassurances that the way the control system for the halloumi production certification has been set up and the mechanism based on the legal framework in cooperation with the Commission “does not exclude or isolate anyone, Greek Cypriot or Turkish Cypriot.”