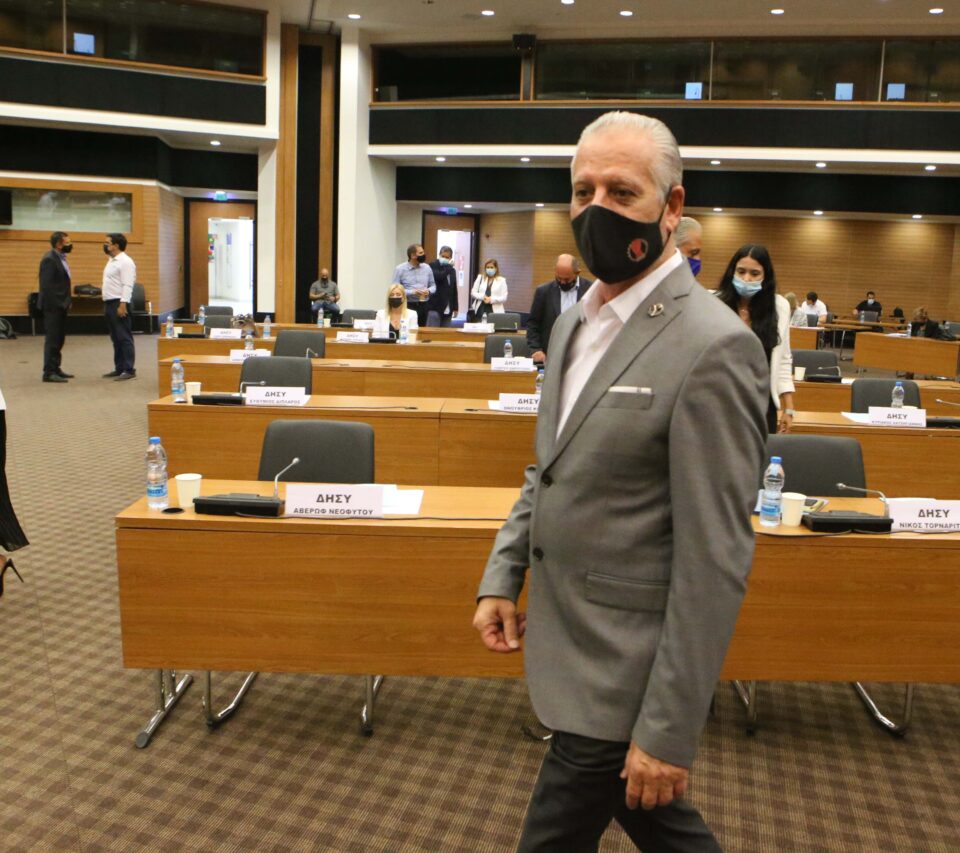 Government, parties, unions and professionals on Friday attacked a proposal by socialist Edek leader Marinos Sizopoulos that they said would fundamentally change the philosophy of the health system Gesy and serve only third-party interests, which in turned drew the ire the medical community.

Sizopoulos, a dermatologist, on Thursday tabled a proposal to the plenum suggesting that doctors who are not signed up with Gesy be allowed to prescribe services and medication that is ultimately paid for by Gesy. Currently only doctors signed on with Gesy can do that. The proposal is to be discussed by the House health committee.

The government gave reassurances that there would be not changes to the current philosophy of Gesy after being accused by the opposition of making “vague statements” in response to the proposal. Akel accused ruling Disy of indirectly backing Sizopoulos.

It accused Disy of never really believing in Gesy or being fully on board with the single-payer system and the scheme’s social solidarity character. “Now they are back with their crutches (Edek). Instead of halting the debate, the government, with statements by the health minister leaves the door open for a change in the character and architecture of Gesy,” Akel leader Stefanos Stefanou said.

He was referring to Ηealth Minister Michalis Hadjipantelas’ statements earlier in the week that his ministry respects all the laws passed by parliament and that if the House passed Sizopoulos’ suggestions, then they will have no other choice but to adhere, although he made it clear the government would not want to change the philosophy behind the health system.

Stefanou said ideas for allowing doctors not registered in Gesy to prescribe drugs and diagnostic tests, “do not constitute improvement, but rather alteration and damage to the system and its character.”

Hitting back, government spokesman Marios Pelekanos conveyed the message that President Nicos Anastasiades, “wants for the last time make clear that […] he will not accept any intervention that would alter the philosophy of a system [Gesy] that was unanimously adopted by the House of Representatives.”

Gesy, Pelekanos said, was an obligation of the state after decades of “studies and promises”. “It is now a conquest of the people, and we will not allow this conquest to be altered or exploited by anyone,” he said.

Director of Gesy operator the Health Insurance Organisation (HIO), Andreas Papaconstantinou told state broadcaster Cybc that Edek’s proposal was not in line with the Gesy philosophy.

“If it was logical, we would have implemented it,” Papaconstantinou said.

Commenting on the fact that Sizopoulos’ proposal concerned only prescription drugs and not diagnostic tests, he pointed out that this was because this way, it would serves dermatologists.

Papaconstantinou also raised the issue of inability for checks on doctors who are outside Gesy in the event of system abuse should they be allowed to write prescriptions within the system.

Also joining in the criticism was Deok, a trade union associated with Edek, which expressed their opposition to Sizopoulos’ proposal saying it “annuls the ideology and philosophy of Gesy.”

“Why should doctors not in cooperation with HIO, who are not bound by HIO (rules), offer health services (within Gesy)? the union’s leader Iosif Anastasiou told Cybc.

He said the reason some doctors opted not to join Gesy was that so that they could evade taxes “as they have always been doing.”

Meanwhile, the Medical Association urged everyone not to attack doctors with unsubstantiated accusations in their public statements.

The union of private doctors (Enik), in a written statement backed Sizopoulos, however arguing that the philosophy of Gesy is ensured “if the law voted by all parties is applied”.

After the slew of strong reactions, Sizopoulos called on his detractors to substantiate why they believe they were right and “why they were bothered by a proposal that would strengthen the philosophy of Gesy and help patients while at the same time they are not bothered by the existing systematic violation of the legislation and philosophy of Gesy.”

“We are being criticised about the proposal we have submitted which strengthens the philosophy of Gesy and contributes to helping and serving the chronically ill, the sick, low-income pensioners and those on low salaries,” he said.

The Edek leader cited a number of irregularities currently taking place within Gesy, which, he said, violate the law. He said the agreement of the HIO with the private hospitals on their inclusion in Gesy introduced the multi-insurance system “through the back door”.

Sizopoulos also pointed out other irregularities, such as differences in compensation for each private hospital for the same medical procedure, allowing doctors who are not with Gesy to be paid by Gesy through the private hospitals they work with, failure to include private hospitals’ accident and emergency departments by the June 2020 deadline, the large waiting lists also in the private sector, and the squandering of taxpayers contributions due to the ballooning of the overall Gesy budget within two years by about €400 million.