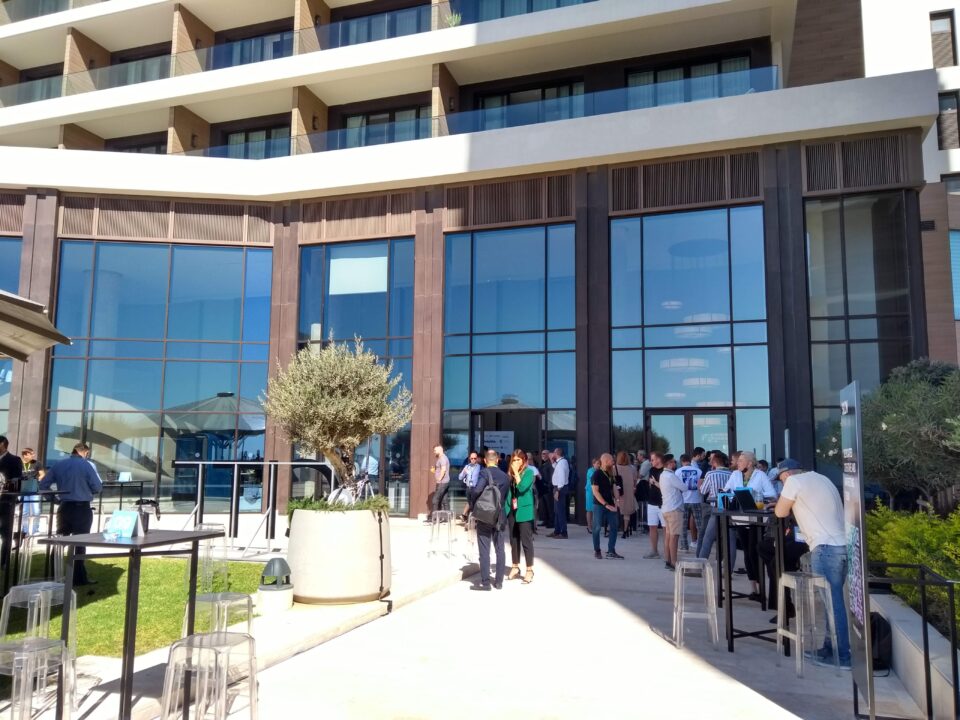 File photo: Cyprus IT Forum attendees networking at the event

“We are keen on providing the conditions under which any investor can thrive,” he said at a gathering at the presidential palace, attended by foreign businesspeople that have set up businesses in Cyprus and representatives of foreign investors.

The Action Plan, which will come into force in January 2022, assuming that the two relevant laws are approved by parliament, will offer tax incentives and easier processes for third country nationals to obtain a resident’s permit. It aims to attract tech companies to Cyprus, with the aim of turning Cyprus into a tech hub in the region.

“The strategy presented today is part of the ongoing efforts to further attract foreign direct investment, create new jobs and, most importantly, adapt our economy to the requirements of the new era, the era of sustainable development in a highly internationally competitive environment,” the president said.

Anastasiades explained that the strategy was influenced by best practices from other European countries, with sustainability as a key principle in how business and trade were developed.

He also said that additional weighting was placed on certain fields and industries, including hi-tech, shipping, innovation, as well as R&D, clarifying that this did not exclude ‘any companies or businesses that choose Cyprus as the country of their operations’.

The government’s approach was aligned with both the recently announced Long-term Growth Strategy 2035, as well as the guidelines of the European Commission and the targets of the Recovery and Resilience Fund.

The government’s Long-term Growth Strategy 2035, which was unveiled on October 15, includes 12 targeted actions in five pillars.

“The implementation of the strategy and the establishment and operation of international companies in Cyprus will offer high and sustainable added value to the economy, through the creation of new jobs and increased demand for domestic services, but will also help redefine the country’s development model,” Anastasiades said.

“At the same time, it is expected to positively reinforce an emerging and highly performing sector of the economy, that of University education, as it will gradually lead to the alignment of education and training with the demands of the economy and the labour market,” he added.

A number of international companies had relocated to Cyprus over the past few years, and the key reasons for doing so were the country’s pool of professionals and support staff, its geographical location, its European legal framework, as well as its tax regime.

“It is no coincidence that according to the latest report of the Institute for Management Development for the World Competitiveness Centre 2020, Cyprus’ ability to attract and facilitate foreign direct investment and the adaptability of its policies, have yielded remarkable results,” the president said, noting how Cyprus has been named the most improved country, climbing 11 spots and ranking 30th globally.

Cyprus’ improved competitiveness showcased the country’s potential as a business hub, even though there was still room for improvement, he said, and listed the set of business incentives coming into force on January 1, 2022.

These include the transformation of the existing Fast Track Business Activation Mechanism, which was set up to cut the long bureaucratic delays experienced by foreign businesses wanting to move to Cyprus, into a Business Facilitation Unit, with a central contact point for businesses and the digitalization of procedures.

It also covers the revision, broadening and simplification of the procedures for the employment of third-country highly skilled nationals and support staff and promotes the right to family reunification. The process for granting Long Term Resident Status will also be speeded up and simplified. The seven years of residence and work in the Republic, required for naturalisation will be cut to five.

The list of incentives also includes the introduction of a Digital Nomad Visa for third-country nationals that are self–employed or salaried employees that work remotely with employers and clients outside Cyprus. There are also new tax incentives for existing or new non-domicile employees, as well as for investments in innovation or R&D.

Is the ECB right to take on climate change?