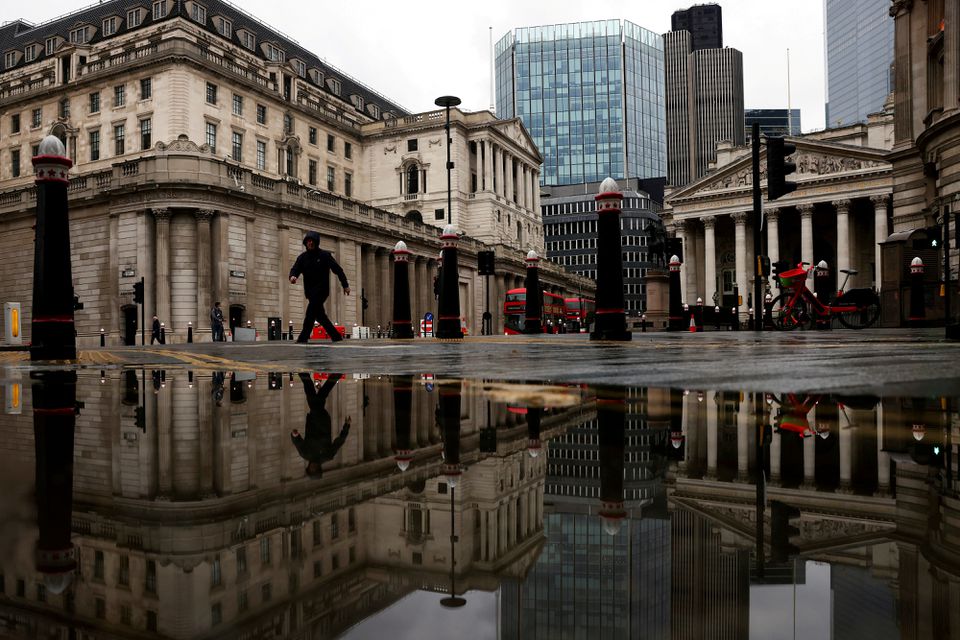 Bank of England officials sought to reassure investors on Friday that they were sticking to plans to raise interest rates, a day after the central bank confounded widespread market expectations of a rate hike.

“I think across the committee, there is a recognition that, at least on the basis of today’s information, there is some need for action with the Bank Rate,” Pill said on Friday.

Seven of the MPC’s nine members, including Pill, voted to keep rates on hold, little more than two weeks after BoE Governor Andrew Bailey said the bank would have to act if it saw upward pressure to the medium-term inflation outlook.

The announcement, while expected by most economists in a Reuters poll last week, led to complaints by some investors that the BoE had failed in its messaging to markets.

Bailey reiterated his view that rates would need to rise and he dismissed a suggestion that the bank had lost its nerve. “Let me assure you, we will not bottle it,” he told BBC radio in an interview.

The BoE said in Thursday’s policy statement that it expected it would have to raise Bank Rate from its all-time low of 0.1 per cent “over coming months” if the economy performed as predicted.

Pill stressed the differences within the MPC about the need to act were narrow.

Speaking to BoE regional staff in an online briefing with Deputy Governor Dave Ramsden, who cast one of the two votes for a hike, Pill said he did not want to distance himself from Ramsden’s views.

Pill said underlying wage growth in Britain was starting to exceed its pre-pandemic levels, in contrast to the United States and the euro zone, but “at the margins” he was slightly more concerned about a recent loss of momentum in Britain’s economy.

Ramsden said he had acted now to counter a recent rise in inflation expectations in Britain.

“That move in the UK above, and materially above, what was a relatively stable historical average, has been something I’ve been concerned about,” Ramsden said.

Speaking separately on Friday, fellow MPC member Silvana Tenreyro said the BoE should take a cautious approach to raising rates as the economy remained below its pre-crisis size and the health of the labour market was hard to interpret.

Tenreyro said she, like other policymakers who voted to keep rates on hold, wanted a clearer sense from data of the impact of the end of Britain’s furlough programme, which stopped on Sept. 30 when around 1 million workers were still on it.

Although inflation expectations had risen, Tenreyro said this was in line with the events of 2008 and 2011 when energy prices had spiked but had not led to persistent inflation.