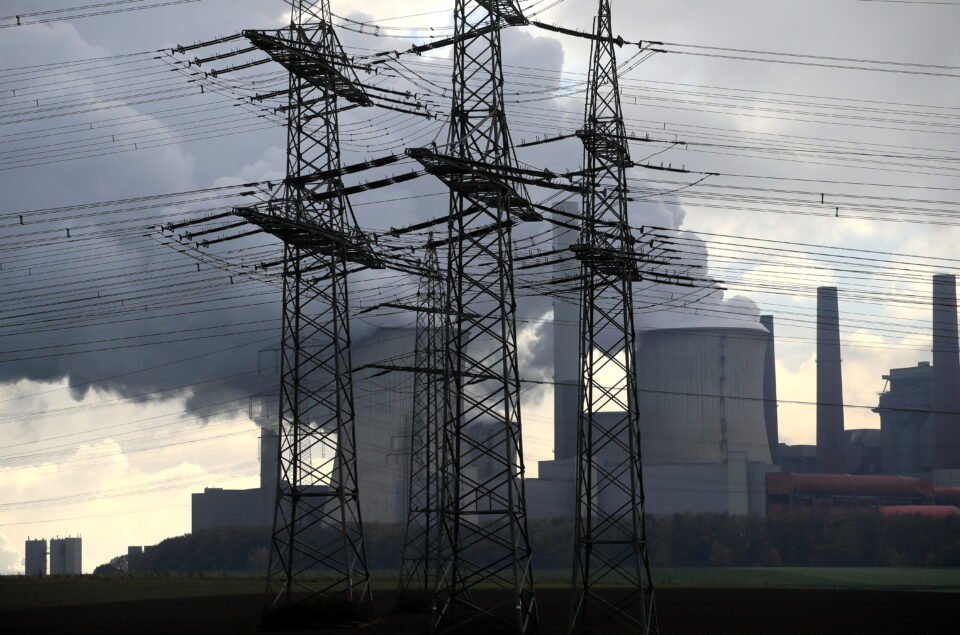 The British hosts of the COP26 U.N. climate conference in Glasgow have proposed that countries raise their ambitions to slash greenhouse gas emissions by next year in a draft political decision that will be negotiated over the next three days.

The proposal underscores the concerns of climate experts and activists that there is a yawning gap between current national pledges and the rapid emissions cuts required to keep the world from tilting into a full-blown climate crisis.

The first draft of the political decision, which the United Nations released on Wednesday morning, asks countries to “revisit and strengthen the 2030 targets in their nationally determined contributions, as necessary to align with the Paris Agreement temperature goal by the end of 2022”.

Put simply, that would force countries to set tougher climate targets next year – a key request from countries most vulnerable to the impacts of climate change.

Countries agreed under the Paris accord to limit global warming to well below 2 degrees Celsius above pre-industrial levels and try to cap it at 1.5C.

The draft also urged countries to speed up efforts to stop burning coal, and phase out fossil fuel subsidies – taking direct aim at the coal, oil and gas that produce carbon dioxide, the primary contributor to manmade climate change.

It did not set a fixed date for phasing them out, but the emphasis on fossil fuels could face pushback from big energy producers.

Helen Mountford, a vice president at the World Resources Institute, said the explicit reference to coal, oil and gas was an advance on previous climate summits. “The real issue is going to be whether it can be kept in.”

Diplomats will lock horns on Wednesday to attempt to agree a final text in time for the end of the two-week conference on Friday. It will not be legally binding, but will carry the political weight of the nearly 200 countries that signed the 2015 Paris Agreement.

The environmental campaign group Greenpeace dismissed the draft as an inadequate response to the climate crisis, calling it “a polite request that countries maybe, possibly, do more next year”.

The Climate Action Tracker (CAT) research group said on Tuesday that all the national pledges submitted so far to cut greenhouse gases by 2030 would, if fulfilled, allow the Earth’s temperature to rise 2.4C from pre-industrial levels by 2100 – a significant but small step from the current 2.7C trajectory.

The draft document reminds countries that to stop the planet heating beyond the critical 1.5C threshold, global greenhouse gases emissions must drop 45% by 2030 from 2010 levels, on the way to halting their rise altogether by 2050.

Under the national climate pledges submitted to the United Nations so far, emissions will be 14% above 2010 levels by 2030.

The draft asks countries to submit improved pledges next year, but does not confirm if this will become an annual requirement – potentially leaving a decision on future reviews to Egypt, which will host the next U.N. climate conference.

The draft “urges” developed countries to “urgently scale up” aid to help countries adapt to climate impacts, and says more funding needs to take the form of grants, rather than loans that burden poor nations with more debt. But it does not include a new plan for delivering that money.

Rich countries failed to meet a pledge made in 2009 to give poorer countries $100 billion a year in climate finance by 2020, and now expect to deliver it three years late. That broken promise has damaged trust, and prompted poor nations to seek tougher rules for future funding.

“We’ve just had a landmark study showing we’re heading for 2.4C of warming. The job of this conference was always to get that number down to 1.5C, but with this text, world leaders are punting it to next year.”

“The text needs to be much stronger on finance and adaptation and needs to include real numbers in the hundreds of billions, with a delivery plan for richer countries to support less-developed nations.”

“Ministers now have three days to turn this around and get the job done here in Glasgow instead of once again kicking the climate can down the road.”

“The last 24 hours have been a devastating reality check on what has actually been delivered at this summit. We are miles from where we need to be to halve global emissions this decade.”

“Today, Boris Johnson needs to stop the spin and confront the reality. Given this summit will not deliver anything like what we needed, now he has to turn to plotting a path out of Glasgow that can keep 1.5 alive.”

Stay of execution for ERA store in Paphos after president intervenes