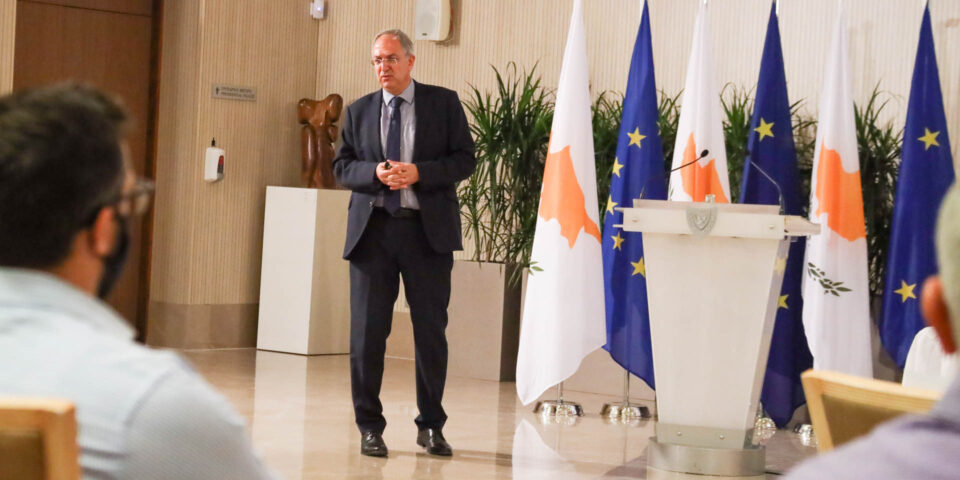 The extent of new projects in the pipeline for the agriculture ministry under the Recovery and Resilience Plan (RRP) are second only to those of the transport ministry, and all will be governed by the principles of the EU Green Deal Agriculture Minister Costas Kadis said on Friday.

He said that the ministry was currently working on a total of 53 projects worth €420 million, with 19 more coming as part of the RRP), with a budget of €200 million.

On the matter of climate change, he said that the government has come up with an initiative for coordinating climate change actions in the Eastern Mediterranean and Middle East, which received praise after it was presented at the UN climate conference (COP26) in Glasgow.

Kadis said that the environmental strategy for Cyprus is based on EU principles and looks towards a green, clean and sustainable Cyprus, where sustainable growth applies to all sectors of the economy.

To achieve this, he reminded that cabinet decided to appoint a special environment directorate to exclusively handle environmental issues, such as preserving biodiversity, moving towards a cyclical economy, and adopting the EU’s farm to fork strategy.

He added that Cyprus contributed significantly to the EU’s common agricultural policy by forming strategic partnerships with other countries to promote mutual interests, with over €600 million in grants given to support various agricultural sectors like wine and honey producers.

Kadis also referred to the strategies for the management of water, for water scarcity, tree planting, geology and better management of mines.

He also said that he feels optimistic about the national plan for the Akamas, saying that next year will be a pivotal one for the area.

Lastly he mentioned halloumi’s successful inclusion in the protected designation of origin (PDO) catalogue and said the government is trying to get more products registered.

As for the challenges faced by the ministry, Kadis said that the use of antibiotics in livestock farming, and effective waste management, are two that that must be more effectively addressed.

“Our aim is a focused environmental policy, with specific policies that will change Cyprus”.

Our View: Government’s approach to achieving reforms is misguided