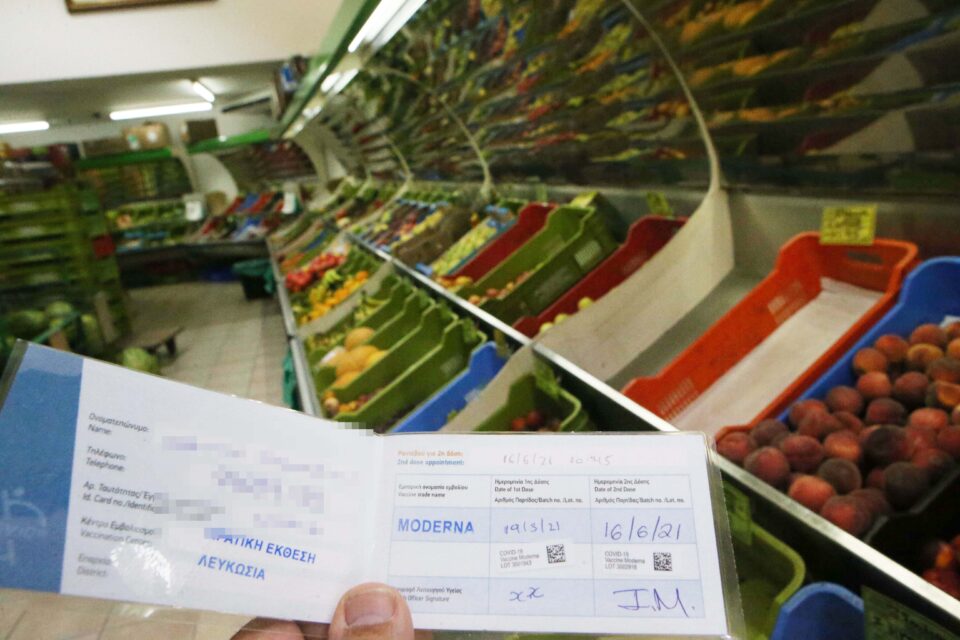 A small, hard-working shop owner fined €4,000 for not checking SafePasses is the sorriest aspect of a very sorry tale

Last week, my greengrocer – a small-to-medium-sized business selling fruit and vegetables – was fined €4,000 for SafePass violations.

It wasn’t because they’d let someone in without a SafePass, or because someone was working there without a SafePass. All staff and customers were actually checked by police, and found to be ‘safe’. The violation was in not having someone at the door, checking customers for compliance as they came in.

Let’s assume, for the purpose of this opinion piece, that Covid-19 is indeed the existential threat some have painted it as. Let’s also assume that a greengrocer is a dangerous place where spread is possible.

That’s a moot point, of course. A greengrocer isn’t a restaurant. Everyone is masked, and usually in a hurry to buy their fruit and leave. Still, some may stop to chat with a friend. There’s queueing at the till. Customers also tend to handle the produce (though we’ve known for ages that fomite transmission – i.e. through surfaces – is negligible). Let’s make the assumption.

Now, let’s consider any public space in Cyprus in November 2021. The first thing to say is that around 80 per cent of the people in that space are likely to be vaccinated. Those people, according to official policy, are not Covid threats. Even if they happen to have left their SafePass – their vaccination card – at home, they’re nonetheless ‘safe’.

What of the other 20 per cent? Well, many will be Covid-recovered with natural immunity. We also have around 30,000 rapid tests being carried out by private labs every day, almost all presumably for unvaccinated people who are being tested twice a week. So the vast majority of those people are also ‘safe’ – indeed they’re even safer than the vaccinated, since their status was confirmed more recently.

But now let’s assume that one of the few unvaccinated people who don’t have a SafePass does indeed enter the premises of a greengrocer who’s neglecting to check customers. What’s likely to happen?

Probably nothing. After all, Covid doesn’t spread exponentially, it spreads in clusters. It’s not a case of every infected person infecting two more, and each of those infecting two more and so on. Transmission is sparked by super-spreaders, mostly in crowded indoor settings and by a minority of cases.

“Multiple studies from the beginning have suggested that as few as 10 to 20 per cent of infected people may be responsible for as much as 80 to 90 per cent of transmission,” wrote Zeynep Tufekci in The Atlantic last year (‘The Overlooked Variable is the Key to the Pandemic’, September 30, 2020). According to a study in Hong Kong, “69 per cent of cases did not infect another person”.

But let’s assume that the unvaccinated person without a SafePass is also among those spreading the virus. And let’s also assume that a greengrocer is the kind of closed indoor space where this is probable. Now what’s likely to happen?

Again, very little. Because almost everyone in the place is vaccinated.

You can’t have it both ways. If the SafePass means anything, it’s that vaccination equals immunity from Covid. We now know this is grossly exaggerated, of course; the vaccinated can also be infected and transmit the virus. But admitting this would also require the admission that the whole idea of a SafePass is pointless.

So, to recap, we have a greengrocer being fined €4,000 for an action whose public-health consequences are debatable, and probably minimal. Yes, some may argue, but it’s not up to every greengrocer to decide these things. The government and its experts know best. A law has been passed (well, not really ‘passed’, since we’re being ruled by decree; but let’s not go there) and must be followed, with sanctions for those who disobey.

Clearly not. In fact, this exorbitant fine – not even for an ‘unsafe’ person actually being on the premises, lest we forget, but just for not checking everyone – is the sorriest aspect of this whole sorry tale.

€4,000 is an arbitrary number, and a wildly disproportionate fine to impose on a small business – not to mention that the greengrocer may now have to hire someone just to check SafePasses all day. We’ve already seen this happening in large supermarkets, but of course they’re able to absorb the additional cost. This law penalises small businesses, as well as forcing them to act as policemen and essentially discriminate between their customers.

Democracy depends on citizens and government being more or less on the same page. We accept being ruled (and pay our rulers’ salaries) because their laws seem reasonable. But what happens when government becomes unreasonable? This is the issue we’re facing now, maybe for the first time in living memory.

The whole SafePass business is unsustainable. If the vaccines work to prevent illness, then almost everyone is ‘safe’ and forcing shopkeepers to police people’s status is excessive. (The focus should instead switch to educating those at risk on how to minimise their risk.) If they don’t, then there’s absolutely no point limiting entry to the vaccinated anyway.

But it’s not just the SafePass, it’s also the bigger picture. No-one seems willing to question these laws. The courts follow blindly along. The opposition in Parliament does nothing. This is the kind of helplessness that turns people into conspiracy theorists.

Povek, the small businesses’ association, should challenge these decrees, and businesses themselves should try and fight them. It won’t work, but at least it might spark a debate.