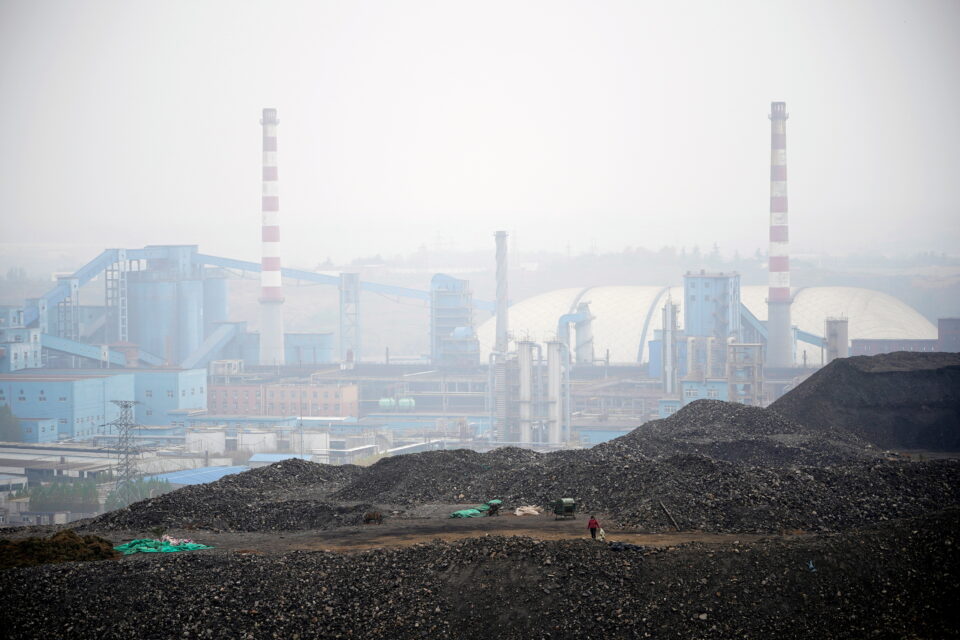 Dunes of low-grade coal are seen near a coal mine in Ruzhou, Henan province, China

How humanity confronts climate change may come down to the intentions behind two words.

The UN COP26 climate conference adopted a final deal UN climate agreement clinched after late drama over coal on Saturday that at the last minute dropped wording calling for the “phase out” of coal-fired power, replacing it with “phase down”.

Producers of coal – the most polluting fossil fuel – and countries that consume oil, gas and coal said the change of wording showed they had successfully defended the use of natural resources for which demand is still high and supply is tight.

“We cannot just flip a switch.”

The oil and gas industry will need to invest over $600 billion a year until 2030 to meet expected demand, he said.

The wording change, and a clause calling for an end to fossil fuel subsidies qualified as “inefficient”, upset progressive nations and climate activists.

The agreement was widely applauded for keeping alive prospects of capping global warming at 1.5 degrees Celsius, but many of the nearly 200 nations had wanted to leave the conference in Glasgow with more.

The success of India, backed by China and other coal-dependent developing nations, in clinching the less decisive language on coal brought British COP26 President Alok Sharma to the brink of tears.

The two-week conference in Scotland delivered a major win in resolving rules around carbon markets, but did little to assuage vulnerable countries’ concerns about long-promised climate financing from rich nations.

The more vulnerable countries say developed nations largely responsible for warming the planet must finance their efforts both to transition away from fossil fuels and to adapt to increasingly severe climate impacts.

Energy markets, roiled by shortages and see-sawing demand and supply trends during the COVID-19 pandemic, may make a transition even harder.

Natural gas, coal and oil all suffered investment shortfalls during Covid-19 lockdowns but a rebound in demand suggests bad habits are hard to kick.

China, the world’s top coal producer and consumer, on Monday posted its highest monthly output of the fossil fuel for October since March 2015 as mines raised production to boost supply for winter heating and to tackle a power crunch.

Coal stocks in China fell after the climate deal but a tight supply environment provided a floor for prices.

Japan’s Jera, the world’s biggest buyer of liquefied natural gas said it would pay $2.5 billion to buy a stake in Freeport LNG to secure long-term supplies for gas to power its electricity generation.

“Quitting coal is like quitting cigarettes,” said Li Shuo, a Beijing-based senior climate adviser with Greenpeace, commenting on the outlook for coal after COP26.

“It won’t be pain-free, but it hasto be done, not only for others but for oneself.”

Norway wind turbines should be torn down, reindeer herders say