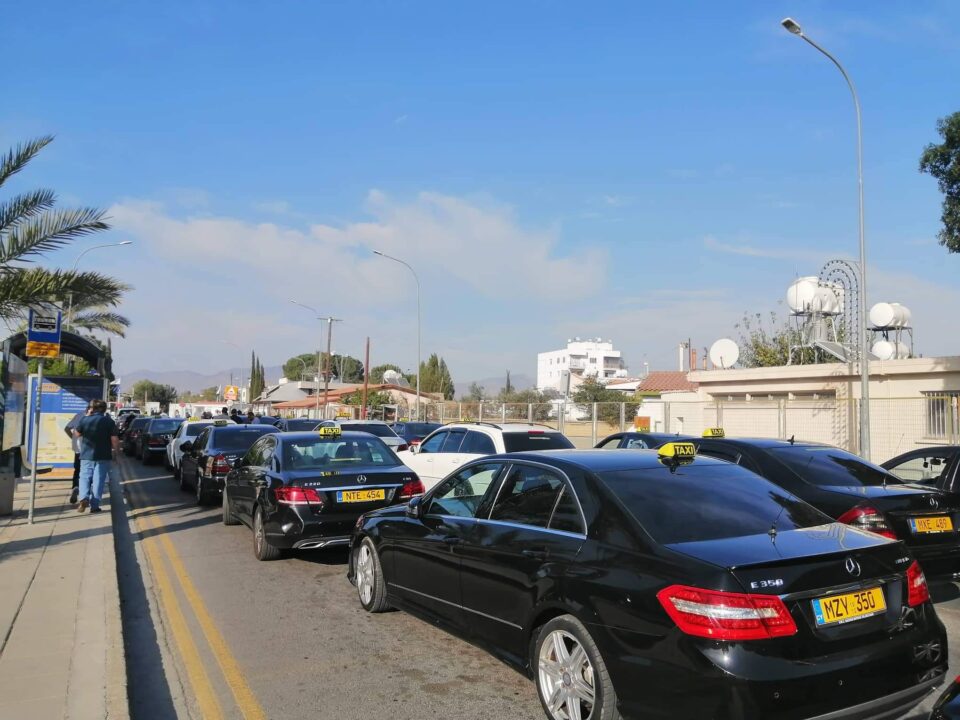 THE Republic’s official, probably a customs officer, who asked to check the petrol tank of a taxi, before it crossed to the north on Saturday to ensure the taxi driver would not fill it up on cheap diesel has opened a big can of worms for the government.

After the incident, dozens of taxis arrived at the Ayios Dhometios checkpoint and blocked the crossing for several hours as a protest measure. They eventually left, but from Tuesday at 6.30am Nicosia taxi drivers went on an indefinite work stoppage ostensibly because of the “threatening stance of a specific agency belonging to the finance ministry, that had engaged in improper behaviour and actions towards professional taxi drivers”.

While the stoppage will affect a few people, although it is doubtful all drivers will refrain from working, there is a big question at stake that we suspect the government would have preferred not to have to deal with. Are taxi-drivers allowed to go north and fill up their cars with petrol, which is about 40 per cent cheaper than it is in the Republic? In theory, no, because they are using their cars commercially, but they could claim they were going for a leisure drive to the north, in which case they could fill their cars with cheap petrol.

People going across in private cars have every right to fill up in the north. This was why the Nicosia association of taxi-drivers said that “ministries have a duty to protect all citizens and not to engage in discrimination so as to cover up their own mistakes,” adding that “they are obliged to respect basic agreements of the Cyprus Republic.” This was a reference to the Green Line agreement which the association feels enables its members to fill their cars with petrol in the north.

There is a problem for the government. First, it is losing significant tax revenue by people going north to fill up their cars with petrol. It is not just the taxi-drivers that do this but thousands of individuals who cannot resist cutting their car fuel bill by 40 per cent. Second, the oil companies of the Republic will be applying pressure for this practice to stop because they are losing revenue. Third, parties and media will demand the government acts because drivers are funding the occupation regime.

But how can the government stop anyone from buying petrol in the north when it is part of the Green Line agreement? Even in the case of the taxi-drivers, who strictly speaking are not entitled to buy petrol in the north, it would be absurd for the government to have customs officials checking how much petrol they have in their tank before and after crossing north. It would be tantamount to police state behaviour and taxi drivers could take legal action, which would be embarrassing for the government.

Unfortunately, now that the issue has surfaced publicly, the government will have to deal with it even though it is in a lose-lose situation, politically and economically.