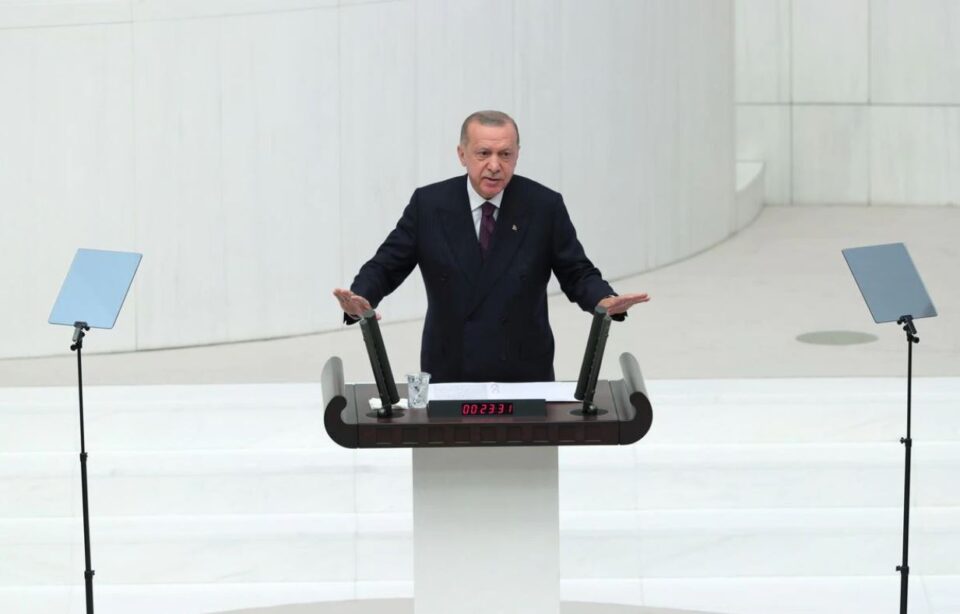 Turkey’s central bank slashed its policy rate by 100 basis points to 15 per cent on Thursday and hinted at more easing despite inflation running near 20 per cent, accelerating a spiral to all-time lows in the lira currency.

The bank, seen as bowing to President Tayyip Erdogan’s calls for stimulus, said much of the price pressure was temporary and would persist through mid-2022, leaving it some room for another possible rate cut next month.

The move extends an easing cycle that shocked markets when it began in September. Analysts say it is reckless given the lira meltdown and inflation rise, and reflects Erdogan’s heavy hand on a central bank he has rapidly reshaped this year.

The lira tumbled in response to 10.98 versus the dollar, matching a record low hit earlier in the day. It was worth 10.82 at 1201 GMT – an extraordinary depreciation from the year’s high water mark of 6.9 in March.

“Literally insane move which puts the lira in real jeopardy,” Tim Ash of BlueBay Asset Management said of the rate cut on Twitter.

The cut in the central bank’s one-week repo interest rate to 15 per cent from 16 per cent was expected, according to a Reuters poll last week, though some analysts thought the 9 per cent lira selloff this week would stay its hand. It slashed rates by 200 points last month.

The monetary easing leaves Turkey’s real yields sharply negative and runs against the grain of a world in which central banks are raising rates to head off global price rises.

The central bank’s policy committee said “transitory effects of supply-side factors and other factors beyond monetary policy’s control” will keep pressure on inflation through the first half of next year.

“The Committee will consider to complete the use of the limited room implied by these factors in December,” when it holds its last policy meeting of the year, it added.

The central bank’s credibility has been battered given Erdogan’s frequent criticism of interest rates and his ousting of three bank governors in the last 2-1/2 years.

Erdogan pledged on Wednesday to continue battling interest rates “to the end” and called for businesses to invest and hire, accelerating the currency selloff that has had echoes of a full-blown crisis in 2018.

The depreciation and soaring living costs have eaten into Turks’ earnings and hit Erdogan’s opinion polls ahead of elections no later than mid-2023. Opposition leaders called for early elections on Wednesday.

“Gasoline, groceries, rent, electricity, natural gas prices that are part of our daily lives was considerably increased. We are currently only trying to make ends meet,” said Basak Cagci, 27, a lawyer in Istanbul.

“Everyone tells us not to keep our money in lira,” she said.

The 32 per cent lira depreciation so far this year raises prices via imports, further stoking inflation that has steadily climbed to 19.89 per cent last month, the highest in nearly three years and four times the central bank’s official target.

Last month the bank began emphasising the need to address current account deficits. It has recently focused more on the core “C” inflation measure, which strips out energy, food and some other goods, and which eased to 16.82 per cent in October.

Most of the lira drop this year has come since September when a more dovish policy stance was adopted. It is by far the worst performer in emerging markets this year.

“You’d have to essentially ask President Erdogan how far he expects the central bank to cut interest rates.”

Kazakhstan’s bitcoin ‘paradise’ may be losing its lustre