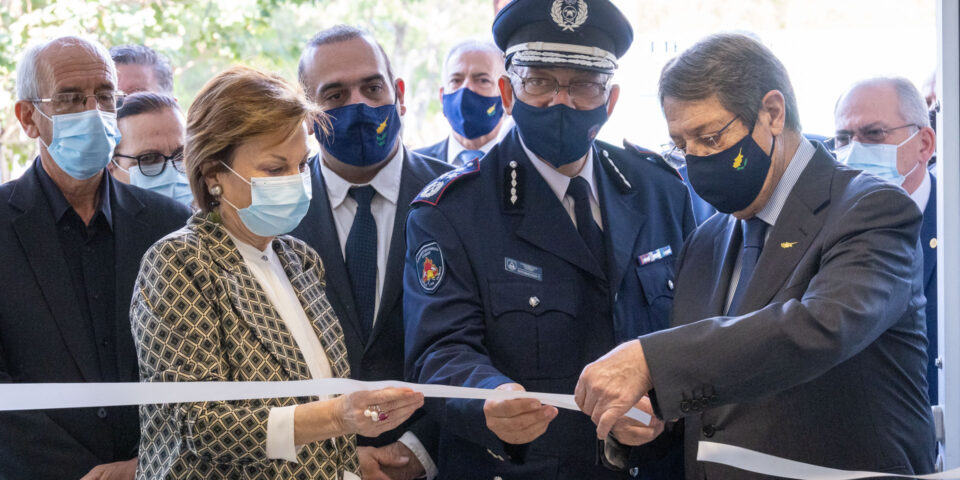 President Nicos Anastasiades on Saturday pledged his government’s support to the fire service so it can fulfil its mission.

He was speaking after inaugurating the new fire station in Ayios Ioannis, Limassol that was renamed to ‘Sergeant Vasilis Krokos station’ to honour the fire service officer’s sacrifice during the July 11, 2011 blast at the Evangelos Florakis naval base. Seven sailors and six firemen were killed in the blast, caused by munitions haphazardly stored at the naval base.

Renaming the fire station after Krokos, the president said, was “a minimum honorary tribute, appreciation and gratitude for his altruistic sacrifice.”

The president said the construction of the fire station, a €5.3m project, was part of the wider plans for upgrading the service’s operational capacity through a series of development projects.

He also announced that legislation is being promoted which provides for significantly harsher penalties for those who either intentionally or negligently cause fires.

Anastasiades said though the standing goal is to ensure the effectiveness of the entire state firefighting mechanism and address any weaknesses, “we recognise that the ability of the fire service to perform its duties is also influenced by unstable factors that compose a new operational environment in which members of the force are called upon to act, such as the challenges of climate change, or floods, […] fires or arsons […].”

Towards that goal, he said, the government has adopted new, modern forms of action and strategic development “based on a radical reform agenda and innovative approaches.”

These include granting autonomy to the fire service, raising its budget and of the forestry department by 40.2 per cent compared with 2016, hiring more staff, replacing old equipment and raising the number of aircraft.

Of the six aircraft used in 2016, he added, the number has now risen to 11, while two more are to be purchased.

The president also said that a proposal on improving the operation of the aircraft unit, based on a special study by UK civil aviation experts, will be promptly presented to cabinet for approval so that it can be adopted as the action plan.

According to Anastasiades, the network of fire stations in urban and rural areas has expanded with the construction of new infrastructure and upgrade of the existing ones.

“I want to reassure you that we will be by your side, putting as a primary concern the smooth, and under complete conditions of safety, fulfilment of your mission,” Anastasiades said.

According to fire service spokesman Andreas Kettis, the Sergeant Vasilis Krokos station “is one of the most modern fire stations in Europe, equipped with all modern means and facilities.” He said the fire service was “proud” to have such a facility at its disposal.