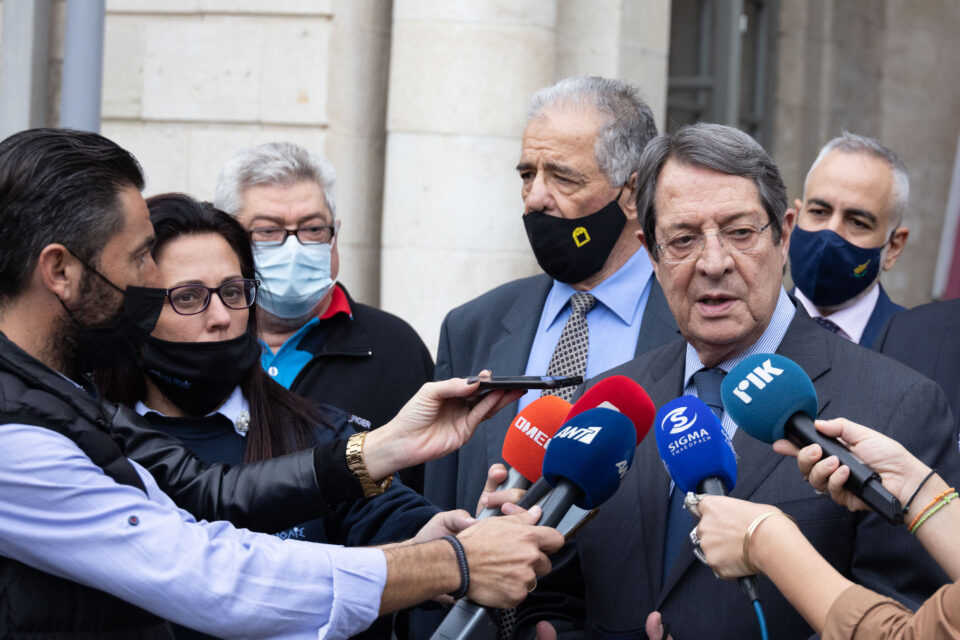 There is no economy anywhere in the world in which populism has proved an effective tool to tackle inflation, even though, listening to some Cyprus parties you would think it is the only way to control rising prices. The reality is very different. Populist measures, aimed at protecting consumers, invariably increase inflation rather than curb it.

Unfortunately, in Cyprus we are victims of the economic irrationality of Akel, the bizarre economic ideas of which are embraced by most of the parties. A brief statement issued by the party on Thursday perfectly encapsulated this irrationality. The latest figures on inflation in Cyprus and the EU, it said, “confirm in the clearest way the sloppy and superficial way with which the Anastasiades-Disy government faced the expensiveness so far.”

It failed to inform us what would have been a prudent and effective way of facing the high prices. Should the government have appointed a ‘price tsar’ to impose price ceilings on all essential products and force suppliers to sell them at a loss? Perhaps it should have fined businesses that increased their prices ‘unjustifiably’. The truth is there is nothing the government can do as the monetary policy of the eurozone is dictated by the ECB which has rather helped fuel price rises by carrying on buying government debt and keeping negative interest rates in place.

In a show of its demagogic economics, Akel has also called for the full restoration of the automatic indexing of wages (CoLA) in public and private sector as “a mechanism for restoring the purchasing power of wages.” This mechanism is purely inflationary as it pushes up labour costs without increases in productivity, causing more upward pressure on prices. In the public sector it simply increases the public deficit. If anything, CoLA reduces the purchasing power of wages by fueling inflation, but Akel’s populist dogma is blind to this harsh reality.

Although CoLA is primarily a unions-employers matter, the government gave in to another populist demand of the parties, led by Akel. It agreed to cut VAT on electricity bills from 19 per cent to 9 percent for households, in addition to the 10 per cent discount on all bills for four months. The matter was raised at the House last Monday and although Disy, quite rightly, argued against it, on Thursday Finance Minister Constantinos Petrides announced that the government had notified the European Commission that it proposed to do this for three months. Opposition parties of course were not satisfied as they wanted the VAT cut for longer and for it to be extended to businesses.

The disappointing thing is that the Commission is encouraging this kind of irresponsible fiscal policy. Defending the measure that would undermine fiscal planning, Petrides said: “It is in line with the Commission’s toolbox and recommendations to tackle the rise in prices, which refer to the adoption of temporary and targeted measures that will prevent the danger of energy poverty and will not affect the market.” In the past, the Cyprus government could rely on the Commission’s rules against fiscal recklessness to keep the populists at bay, but it can longer do so, because of the latest advice from Brussels.

This disregard for fiscal discipline was unheard of until a couple of years ago, but the pandemic has caused the European Commission to follow the ECB example of rewriting the rules of prudent economic policy. The ECB has maintained the negative interest rates and persists with quantitative easing through buying government debt, even though inflation in the eurozone, according to Eurostat, was 4.1 per cent in October; in Cyprus it was 4.4 per cent. These monetary policies have caused bubbles in most member states that will eventually burst causing major social problems.

Now, large EU states such as France, Spain and Italy seem intent on putting aside the Stability and Growth Pact, which was designed to prevent member states overspending, for good. The set of fiscal rules of the Pact have been completely ignored during the pandemic, with the Commission’s blessing, and there seems no plan for returning to them any time soon. The reduction of VAT is the latest example of the fiscal indiscipline encouraged by Brussels. Not only is the Union circumventing its own rules, but it is also placing member-states under tremendous pressure and leaving them exposed to populist demands.

“In the past, we considered that the EU, with its strict rules, protected us from fiscal populism, but this is no longer the case,” said a Cyprus finance ministry official. Macro-economic stability appears to have ceased being an EU objective just as low inflation is no longer the priority of the ECB. The pandemic has changed economic thinking drastically in the EU. That the reckless, populist economics of Cyprus’ parties are being given the go-ahead is proof of this.

Tales from the coffeeshop: Myths, narratives and Turkish intransigence