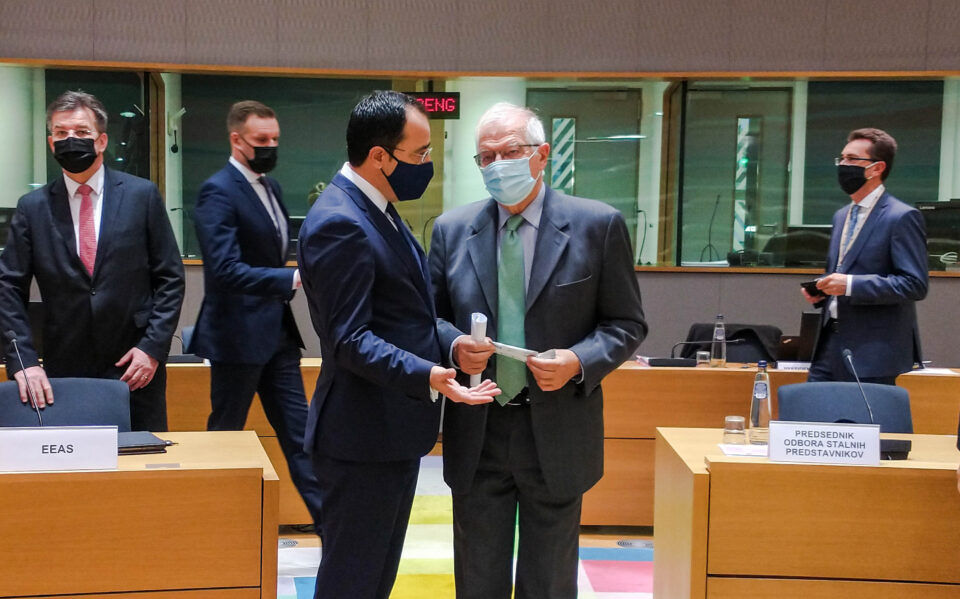 Cyprus will use the means at its disposal – diplomatic and legal – to put pressure on Turkey over its actions on the high seas and in the fenced-off town of Varosha – but securing a consensus in the EU bloc is no easy task, Foreign Minister Nikos Christodoulides said on Monday.

He made the remarks in parliament while presenting his ministry’s budget for 2022.

On Tuesday, Christodoulides flies to Brussels to take part in the General Affairs Council. While there, he will hold talks with counterparts regarding a document being drawn up by the EU for possible sanctions against Ankara in light of the latter’s provocations in Varosha and also the lack of progress being made on the bloc’s relationship with Turkey.

Taking questions from MPs over what the foreign ministry has achieved in relation to its Turkey policy, Christodoulides said Cyprus must necessarily act within the EU – which has its pros and cons.

Noting that the EU is “no community of angels”, given that each member state looks to its own interests, the minister said the situation vis a vis Turkey would no doubt present greater difficulties were Cyprus not a member of the bloc.

“It is well known who are the three member states of the EU who almost always react whenever we reach the stage of taking serious decisions against Turkey. And they react, not because they care about Turkey, but because they are serving their own interests that are tied to Turkey,” he noted.

“When you have a market called Turkey, and this relates to either armaments or any other issue, then yes, Spain will take this into account. And perhaps, were we in Spain’s position, we would likewise take these factors into account.”

It’s understood he was alluding to a defence industry cooperation deal signed earlier this month between Spain and Turkey.

President Nicos Anastasiades is scheduled to visit Spain, where one of the items of discussion will be Madrid’s armaments deal with Ankara.

Christodoulides reiterated that a comprehensive settlement on Cyprus remains the only sure-fire way to deal with Turkey’s conduct.

“If anyone has any suggestion other than that, I’ll gladly listen,” he noted.

He also cited Turkish overtures to Egypt on demarcating their respective maritime borders – moves which Cairo has so far rebuffed.

Egypt’s stance, the minister suggested, was due to the close relations Nicosia has forged with Cairo.