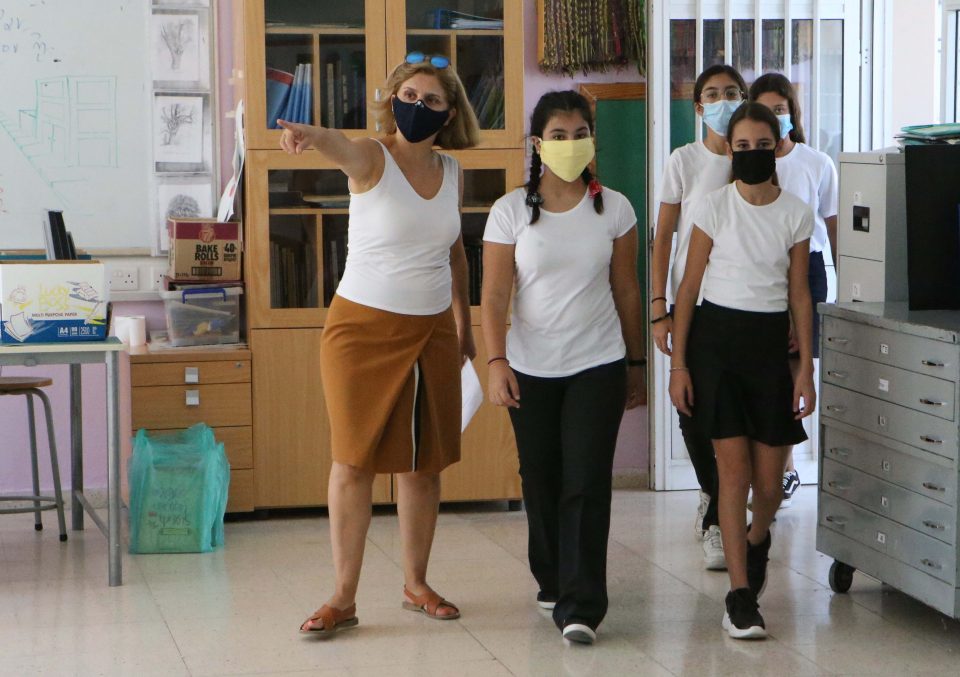 The government on Wednesday announced new measures to fight the Covid surge, including mask mandates for children aged six and above and a SafePass for those between six and 11.

Unvaccinated individuals who are eligible for the jab will soon be shut out of hospitality venues, sports events, and other forms of entertainment.

From December 18 onwards, no SafePass for these groups will be valid seven months after the second dose of a Covid vaccine without the holder having received a booster. To date, 84,690 people have received a booster shot.

Hadjipantelas said the mask mandate has been extended to children aged six and above starting November 29. Children between six and 11 will also need SafePasses. The SafePass would need either a certificate of recovery from the virus in the past six months, or a negative test not older than seven days.

In an announcement later on Wednesday evening, the health ministry clarified that those under the age of 12 are exempt from the ban on the unvaccinated being denied entry to key sectors, such as cafes, restaurants and cinemas.

It was also stated that for those aged between six and 11, their proof of a negative test or recently recovered from the virus can be in either print form or text message.

“We once more stress that vaccination is our only weapon in returning to normality,” Health Minister Michalis Hadjipantelas said after a cabinet meeting. “We are certain that our fellow citizens will respond.”

The minister expressed hope that new antiviral drugs expected in Cyprus at the end of December would help in the fight against the pandemic in combination with the vaccines.

In the meantime, the cabinet decided a set of fresh mitigating measures in a bid to stop the surge in cases and avoid a fifth wave.

Also starting November 29, primary school children will be tested on a weekly basis until the Christmas break.

From December 15, people aged 12 and above who have not received at least one shot of a Covid vaccine will be banned from hospitality venues, cinemas, theatres, and sports facilities, both indoor and outdoor.

A SafePass will also be mandatory for those between the ages of 14 and 64 starting November 29.

Starting December 1, adults over 18 who have not been vaccinated would need a negative PCR test not older than 72 hours or a 48-hour negative rapid test.

Τhe minister also announced the introduction of self-tests starting December 13, stressing however, that they will not be considered substitutes for the current testing system.

The cost of the self-tests will be subsidised by the government when it comes to vaccinated individuals while unvaccinated people would have to pay for them themselves.

Speaking to the state broadcaster, Prodromou said the ministry would be sending schools details regarding the measures in the next few days.

The minister said children aged six and above would also have to display a negative test when attending extracurricular activities like afternoon tuition and sports.

As expected, the measures outrages hospitality venue proprietors who were already moaning about the need to scan SafePasses.

The association chairman Phanos Leventis said it would especially affect businesses that work with families.

“Knowing the very low vaccination rate at this age group (12), one can easily understand the scale of the loss that venues hosting families will incur.”