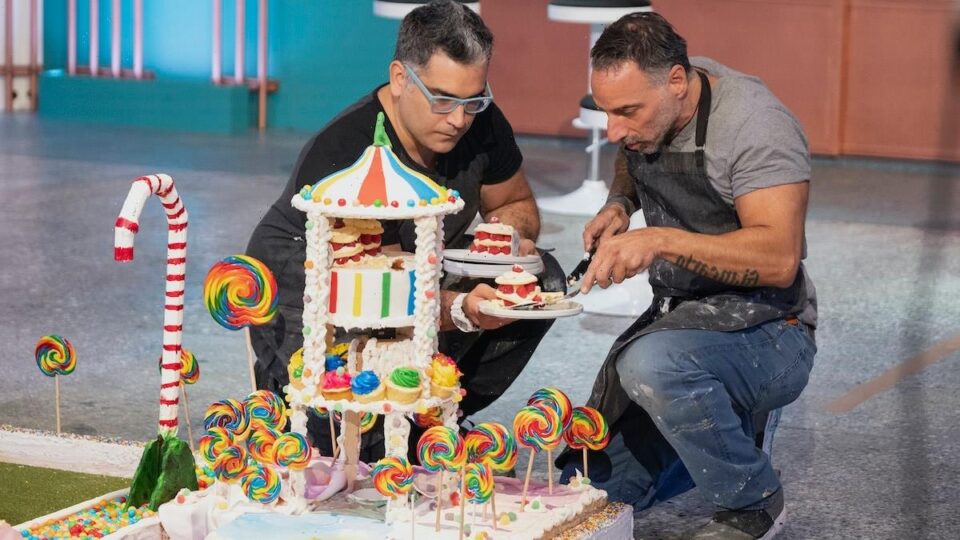 There are more competitive cookery shows on TV than you can shake a wooden spoon at, from those held in the carpark of a supermarket to those where contestants have to make appealing dishes out of weird and wonderful ingredients. But Netflix has come up with a new twist – engineering!

In Baking Impossible, to stand up to the judges’ scrutiny the cakes must also adhere to the principles of engineering. And they’ve even come up with a word for those behind these successful bakes – bakineers!

Teams of two – one baker and one engineer who don’t know each other beforehand – must pit their wits, recipes and fundamentals of science against each other to progress to the next round. They are put through their paces by three judges: a baker (Joanne Chang), an engineer (Hakeem Oluseyi, also known as Doctor O) and, you guessed it, an already established bakineer from Northern Ireland (Andrew Smyth), who actually came up with the term while taking part in a British baking show. Adding to the frivolity is presenter, magician and comedian Justin Willman.

From mini golf courses to cake ships that sail, to an actual car, bakers and engineers then construct their incredible cakes, some of which are things of beauty and some total disasters. The relationship that develops between the two team members also seems to go a long way to creating a successful bake and engaging TV.

In each show they get nine hours to construct the cake which is then put through an increasingly difficult, and somewhat bizarre, series of stress tests, even including an earthquake. One pair is eliminated at the end of each show while the others return in the same clothes, a la Great British Bake Off, to do battle the following week.

More than bragging rights, the winners get $100,000 and the chance to call themselves bakineers, although how useful that might be is open to question. It has yet to be announced if there will be a season two but in the absence of the cakes themselves the show is worth binging on.

True replica of Peter the Great ship to visit Limassol