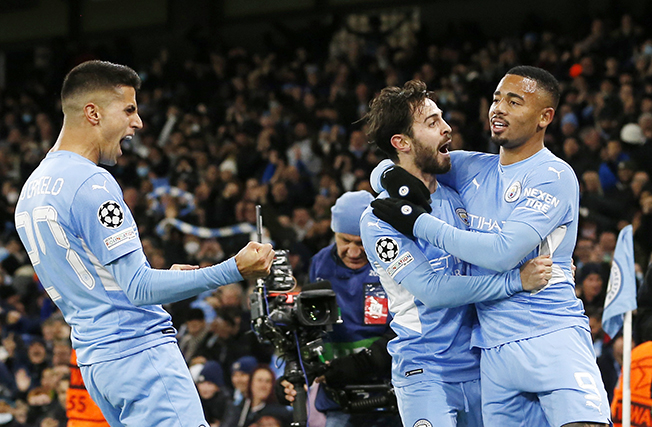 Gabriel Jesus scored a 76th-minute winner as Manchester City beat Paris St Germain 2-1 at the Etihad Stadium on Wednesday to take their place in the Champions League knockout stages as Group A winners.

PSG also advanced to the last 16 thanks to Leipzig’s win over Club Brugge.

Kylian Mbappe fired PSG into a 50th-minute lead, drilling the ball home at the back post after Lionel Messi’s cross had deflected off Kyle Walker into the French forward’s path.

City drew level when Raheem Sterling poked home at the back post after a lovely ball from Rodri had set up Walker for a trademark low cross.

Riyad Mahrez created the winner, floating a ball to Bernardo Silva at the far post and the Portuguese midfielder showed a deft touch to cushion the ball to Jesus who picked his spot.

With one round of games remaining, City lead Group A on 12 points with PSG on eight and Leipzig and Brugge, both on four points, left to compete for third place and a spot in the Europa League.