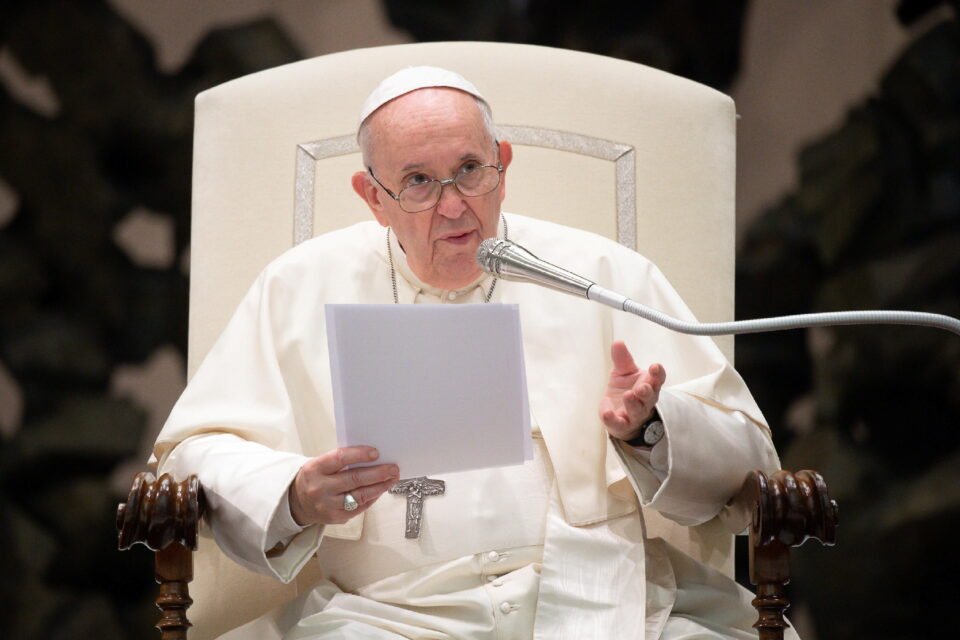 Pope Francis has arranged to have 50 migrants from Cyprus be relocated to Italy to mark his trip to the island next week, a Vatican source told Reuters on Friday.

The 50 will be relocated after the trip, which begins on Thursday, but most likely not before Christmas because of logistical reasons, the source added.

In Cyprus, government spokesman Marios Pelekanos said the Vatican had expressed an intention to re-settle a number of migrants from the island to Rome but gave no details.

“This is a tangible expression of solidarity by the Head of the Roman Catholic Church to people in need, affirming that the Vatican recognises the problem that the Republic of Cyprus faces today because of the increased migratory flows and the need for a fair distribution among EU member states,” he said.

Of 10,868 arrivals in the first 10 months of 2021, more than 9,000 had arrived through that route. Many of its asylum seekers are from war-torn Syria, but increasingly in recent years arrivals have spiked from sub-Saharan Africa.

The visit “proves the close relations that the Republic of Cyprus maintains with the Vatican,” Pelekanos said, adding that there are several thousand Catholics in Cyprus.

Pope Francis will meet President Anastasiades who will update him on the recent developments in the Cyprus problem.

The environmental policies of the two countries, climate change and issues relating to human rights will also be discussed.

Regarding the pandemic, the two leaders will focus on how this affected the world, and ways to protect public health and the economy from its impact.

They will also discuss the protection of cultural heritage and the need to respect all religions.

Pope Francis will meet Archbishop Chrysostomos on Friday morning followed by a meeting with the Holy Synod while he will give a speech and mass in Italian and Latin at 10am at the GSP stadium. At 4pm there will be a prayer with immigrants at the Catholic Holy Cross church in Nicosia.

The pope and his delegation will depart Cyprus on Saturday morning.

According to Pelekanos, those who want to go to the mass, which is open to the public, can express their interest at https://www.cypruspapalvisit.info/.

Earlier this week, cabinet approved the lease of state land to the Vatican to erect an embassy in Aglandjia, Nicosia. The Vatican government will have to erect the building within five years from the date the lease agreement will be signed, after obtaining all necessary permits, it was announced.

Meanwhile, Maronite parliamentary representative Yiannakis Mousas told the Cyprus News Agency that the Pope’s visit will send resounding messages not only for the Maronite and Catholic community of Cyprus, but the entire island.

He said he hoped the visit will create momentum in the issues faced by the Maronite community, which maintains close ties with the Holy See.

“The Pontifex visits are a source of hope to those who receive him and the wider region. I think the Pope’s visit will send messages of hope and optimism, messages for a better world.”

Mousas said the Holy See supports the Maronite community’s efforts to maintain their identity, character, and Turkish-occupied villages, “which to us are the most important issues.”

“I hope and wish this visit will further boost the issues of the Maronite community, mainly as regards the matter of returning to our villages,” he said.

Maronites want to be allowed access to Ayia Marina and Asomatos, which are only open for church services.

“What we demand is the immediate return of the people to the villages because without returning … without having our land, there is no chance of long-term survival.”