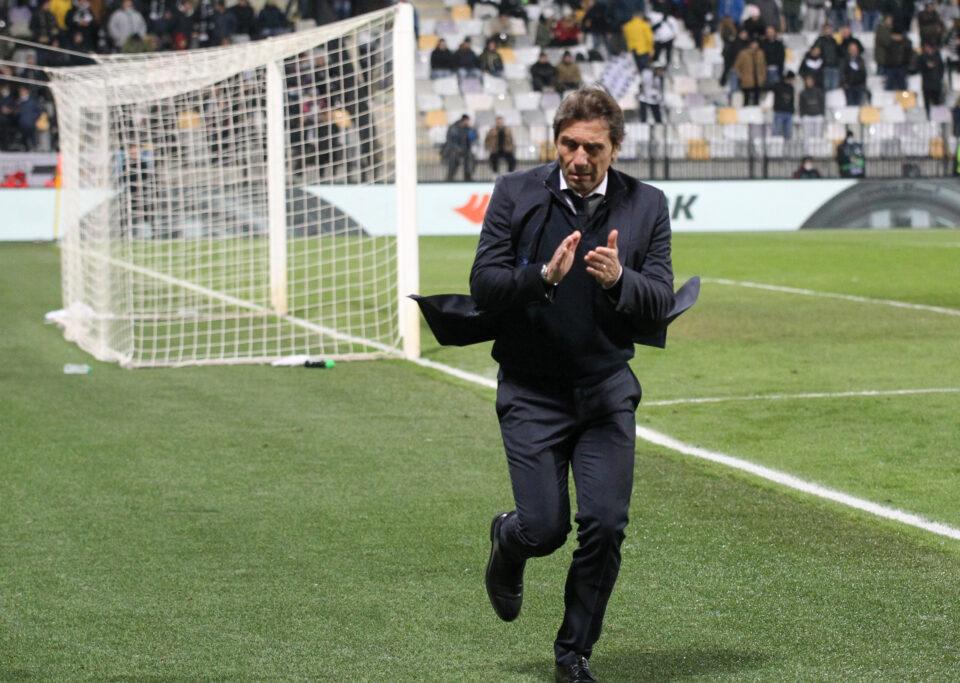 Tottenham boss Antonio Conte is enjoying being back in the Premier League despite the situation he inherited at his new club.

Conte laid bare just how big a job he has on his hands after Spurs’ European embarrassment in midweek, where they lost to Slovenian minnows NS Mura – the lowest ranked team in the Europa Conference League.

Conte was forced to admit after the humiliation that the level of his squad is “for sure not so high” and that he has reservations over its limitations.

The Italian chose to return to the Premier League four years after he was sacked at Chelsea and just four months after he left Inter Milan.

“To be back in the Premier League makes me happy.

“I didn’t think that I would miss my job after only four months. It happened, I’m happy and am proud to be here, in Tottenham I know this is the place for me to work in the way that I like and I am enjoying every moment of my day.”

One of the attractions of managing Spurs is having Harry Kane to work with, even if the England captain is struggling for goal-scoring form in the Premier League.

Conte was keen to entice Kane to Stamford Bridge during his reign there, but says he has found a new admiration for the 28-year-old having now worked with him at close quarters.

“I must be honest, Harry, it’s important to score, but if I am to judge Kane’s performance against Leeds and Everton, I am very happy,” he said.

“He is a striker with great talent, a world class striker but at the same time it is very difficult to find a player with his talent that works like him and he is a fantastic player and I am very happy to be his coach.

“Outside you can speak about the player to say he is good, but only when you train them can you understand the value of the player and Kane is a top, top player.”

Spurs must look to bounce back from their midweek shame by heading to Burnley, where they won in the Carabao Cup earlier this season in what turned out to be Nuno Espirito Santo’s penultimate match in charge.

Conte said: “We have another important game away at Burnley. I know the ground, I know the atmosphere we are going to face, but we must be ready to face it.

“You must know everything about your opponent, they are working with a really good manager for many, many years and this is important for them.

“I know the atmosphere will be very hot and we must be ready to fight and give everything to try and get three points.”