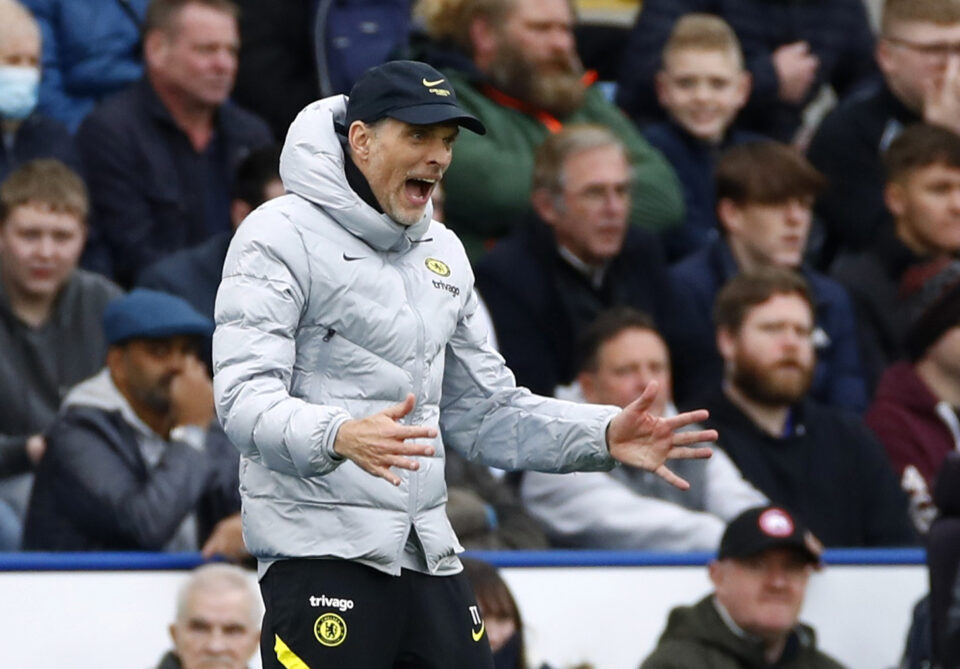 Thomas Tuchel has insisted Chelsea must be satisfied with topping the Premier League heading into December despite frustrating, consecutive home draws.

The Blues dominated Manchester United on Sunday, just as they had Burnley at Stamford Bridge on November 6.

Both contests ended as galling 1-1 draws, but Blues boss Tuchel believes his side must be pleased with their season to date.

“How could you not be satisfied? I’m happy with the way we played, the courage and the intensity, the will and the ambition,” said Tuchel.

“It’s a hungry team and a team that plays with a lot of effort.

“If maybe you don’t score from the set-piece against Juventus for the first goal, or if Thiago Silva does not save the Morata chance on the line, it’s always possible that what happened against Manchester United could happen against Juventus. This can always happen.

“But I’m very happy with where we are and how we are performing.”

Jorginho atoned for gifting United the game’s first goal by burying a nerveless penalty on Sunday, to claw Chelsea a draw and a one-point lead at the top of the Premier League.

Christian Pulisic appeared rusty in the 4-0 Champions League thumping of Juventus after a clutch of injury issues, while Timo Werner was similarly lacking sharpness against United.

Romelu Lukaku is still finding his fitness again after an ankle injury to boot and could only manage 10 minutes off the bench.

With a hectic Christmas schedule hurtling into view, Tuchel insisted patience will be crucial when it comes to Chelsea’s forwards.

“I think that we still see that Timo hasn’t played for a long time so can we expect he’s on his peak? No,” said Tuchel.

“So what can you expect at the moment? He looked very sharp and scored a lot of goals in the last two training sessions, so I went with my gut in the thought he could hurt the two defenders.

“And he also had the goal against Juventus. It wasn’t easy for him against United, you can see that he lacks some games and from here we go.”

United on Monday announced Ralf Rangnick as their interim manager until the end of the season, after Michael Carrick took charge of Sunday’s west London trip.

Carrick was delighted with United’s ability to stymie Chelsea’s usual possession supply lines at the base of their midfield.

“We came here with a plan to stop the little passes threaded through to Jorginho and Ruben Loftus-Cheek in the middle of the pitch,” said Carrick.

“We were always conscious of that. We went with that and we nearly pulled it off. I’m immensely proud of the players for that performance.”