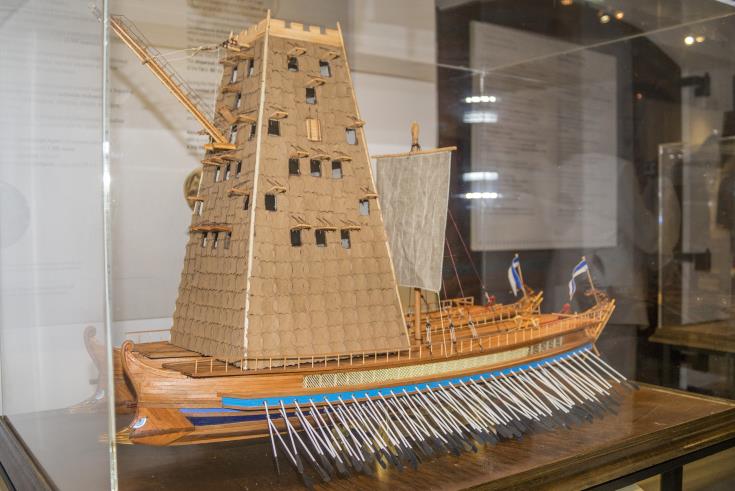 The modernisation of internal procedures and the adoption of a more open approach were highlighted as urgent necessities in a report by the Cyprus Ports Authority released this week.

The report aims to provide a review of the authority’s recently-appointed board of directors’ first three months at the helm.

The Cyprus Ports Authority explained that it performs a particularly important and crucial task revolving around three key areas, namely the owner of the port and its facilities, the service provider, as well as the regulator and supervisor of the port.

“In a productive, modern, and fair spirit, and always for the benefit of the authority, we assure that with teamwork, cooperation, good mood and faith, we will promote the Cyprus Ports Authority through our work, diligence and further improvement of the work we produce,” the authority said.

“With a full understanding of the current challenges we face and being aware of the international, European and national context in which we operate, we proceed to renew our vision,” the authority added.

The authority also explained that it aims to cooperate with Cyprus’ domestic port industry and government services with ‘openness, transparency, discretion and always within the legal framework of our administrative action and the principles that govern good administration’.

The Cyprus Ports Authority also said that it is proceeding with its action plan, aiming to evolve into a modern organisation, with ‘sound actions and investment programme for the benefit of the wider social port industry and in full alignment with the national strategy’.

Among the recent actions highlighted by the authority was its help during the efforts to suppress fires in Greece.

This included a campaign to collect goods and provisions to be sent to the fire-stricken in Greece.

In other maritime news, Deputy Minister of Shipping Vassilios Demetriades travelled to Athens on Thursday to attend a special event held by the Piraeus Port Authority.

At the event, Demetriades will present the new tender agreement for the ferry link between Cyprus and Greece.

During his visit, the deputy minister will also meet with various stakeholders of the shipping industry, as well as attend the Lloyd’s List Greek Shipping Awards.

Following his visit to Athens, Demetriades will travel to London where he will participate at the International Maritime Organisation (IMO) conference.

The conference will involve a vote on new inductees to the organisation, where Cyprus’ is hoping to renew its member status.

On December 8, Demetriades will travel to Brussels to take part in the European Union’s conference of transport ministers, representing Cyprus in matters related to maritime transportation.