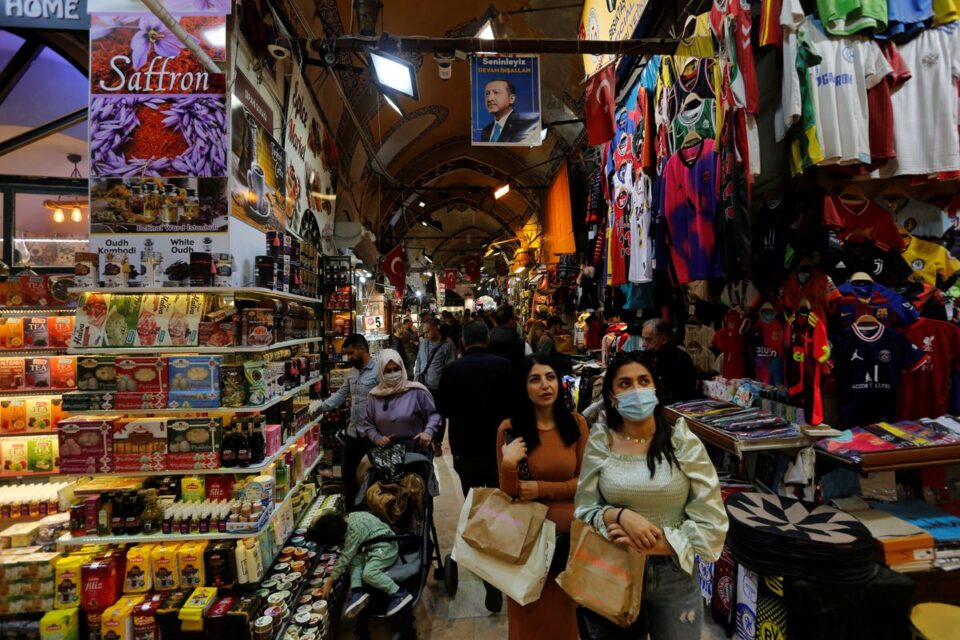 Turkey’s annual inflation jumped more than expected to a three-year high of 21.31 per cent in November, data showed on Friday, further exposing the risks of recent aggressive rate cuts that prompted a historic slide in the lira.

Under pressure from President Tayyip Erdogan, the central bank has slashed the policy interest rate to 15 per cent from 19 per cent since September, leaving Turkey’s real yields deeply negative, a red flag for investors and savers.

Month-on-month, the consumer price index (CPI) rose 3.51 per cent, the Turkish Statistical Institute said, compared to a Reuters poll forecast of 3 per cent and an annual forecast of 20.7 per cent.

The producer price index rose 9.99 per cent from a month earlier and 54.62 per cent on the year. That suggests the currency depreciation is stoking import prices and will swell overall inflation in the months ahead when economists see annual CPI nearing 30 per cent.

Food, restaurants and hotels pushed up the annual number, reflecting a surge in demand, while the monthly price rise was driven in part by a more than 6 per cent jump in transportation costs, reflecting rising global energy prices.

The lira TRYTOM=D3 edged 0.7 per cent lower to 13.765 to the US currency at 0810 GMT. It has lost some 46 per cent of its value against the greenback this year, including 30 per cent last month alone, upending people’s budgets along with the surging prices.

The currency slumped to an all-time low of 14.0 to the dollar this week after Erdogan repeatedly defended the low-rate policy, which has been embraced by the government, regulators and the banks’ association despite widespread criticism.

“Negative real rates, the absence of policy guidance, statements by government officials arguing for a weaker lira as part of an economic development strategy and rising inflation and inflation expectations will maintain pressure on the currency,” Fitch Ratings said.

The agency revised its outlook on Turkey to “negative” from “neutral”. It forecast 25 per cent inflation by year-end and expects it will average about 20 per cent over the next two years.

The central bank, which targets 5 per cent inflation, says the pressure is temporary and necessary to expand credit, exports and economic growth.

Polls show Turks question the credibility of the data and believe inflation is higher given price spikes in basic goods such as food, which has risen 30 per cent on an annual basis throughout this year.

Kemal Kilicdaroglu, leader of the main opposition party CHP, said outside the Turkish Statistical Institute’s headquarters that its “numbers are not reliable”, and said he was barred entry to discuss the issue.

“I am calling on all my citizens: when you go to the market, when you turn on your gas, your heater, is inflation really as they claim? Is it really 3.51 per cent?” he said.