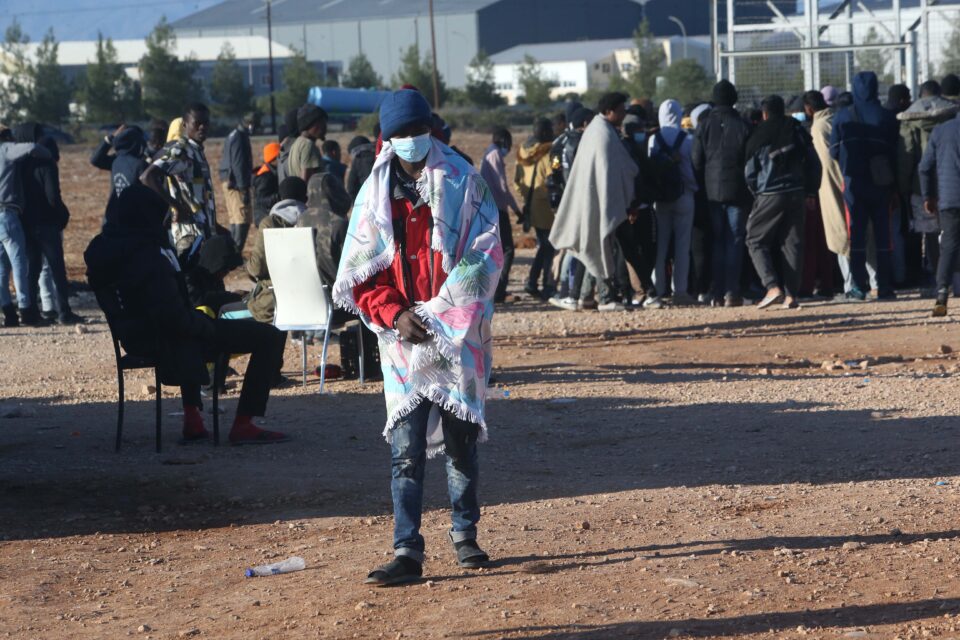 With the influx of migrants steadily rising, the backlog of cases is increasing

Before Pope Francis had even arrived in Cyprus, it was announced that he would be taking 50 migrants back to the Vatican with him. Ten of the 50 were released from prison where they had been serving time for living on the island without a permit. He was also taking back the two Cameroonians that have been stranded in the buffer zone for close to six months because neither the Republic nor the Turkish Cypriot regime would take them in.

It was a gesture of kindness by the Pontiff that the interior ministry thanked him for but was also quick to put a political spin on. His symbolic gesture was recognition of the difficulties faced by Cyprus by the rising flow of migrants that came through the occupied areas from Turkey said the ministry, and added: “This is the substantive solidarity we seek from our European partners.”

The words of Pope Francis suggested that the interior ministry may have missed the point. He spoke about the need “to break down walls” and that “we need to welcome and integrate one another and to walk together as brothers and sisters, all of us.” And by taking 50 migrants with him back to Italy, he was not setting an example for our European partners to follow but encouraging us to be more welcoming and accepting of migrants.

He was making a moral point, far removed from the practicalities of having to deal with a steadily increasing inflow of migrants about which interior minister Nicos Nouris spoke on Tuesday, during the EU’s sixth annual monitoring committee of internal affairs. The minister had said that 10,868 asylum applications had been submitted from the beginning of the year until the first week of November and 85 per cent of these people had crossed illegally from the occupied area.

It was the fifth consecutive year that Cyprus was “receiving the highest number of applications for asylum and international protection in proportion to its population,” said Nouris. This argument has been used repeatedly over the years, but it has not led to a practical show of the substantive solidarity we are seeking from our European partners. The European Commission has offered help, but this does not go beyond offering technology to help Cyprus monitor the Green Line.

The relocation of migrants to other member-states is out of the question as it would need the approval of the European Council which will not give it. In what could be described as an act of desperation, President Anastasiades last month wrote to the President of the European Commission, Ursula von der Leyen, with five requests for dealing with the island’s migrant situation. The two main requests, which would strengthen the government’s hand, are unlikely to even be discussed.

A mandatory relocation scheme for Cyprus will not get the approval of the member-states, while the Commission would not be able to sanction Anastasiades’ suggestion to suspend new asylum applications. Pushbacks would be illegal, said the Vice-President of the Commission Margaritis Schinas, a few days ago, pointing out that under EU law, anyone fleeing war and persecution “has the right to seek protection.” By suspending applications, we would be denying people this right, even though, as Nouris said, half of the 48,357 applications since 2015 were submitted by people from ‘safe countries.’

The other requests – financial assistance to pay for the increasing operational costs of reception centres and funding for the creation of a new centre as the existing one is overcrowded – will probably be satisfied but will not help tackle the problem. Cyprus cannot ask for the deployment of FRONTEX, the EU agency dealing with border management because the Green Line is not an external border, but the boundary beyond which the Republic does not exercise effective control of the island. Nor would the government be able to cite the ‘instrumentalisation of migrants,’ which is set to be legally defined by the EU in next few weeks, because it will only apply to external borders, which the Green Line is not.

In short, there is very little the government can do legally to stop the influx of migrants, other than speed up the processing of asylum applications and the ensuing court procedures. Although it has repeatedly announced its intention to do so, it has failed to reduce the processing times in a way that would make a difference. With the influx of migrants steadily rising, the backlog of cases is increasing. Yet the speeding up of procedures is the only option for the government to deal with the steadily increasing influx, because it can rely neither on the Commission nor on our European partners to help tackle this problem.