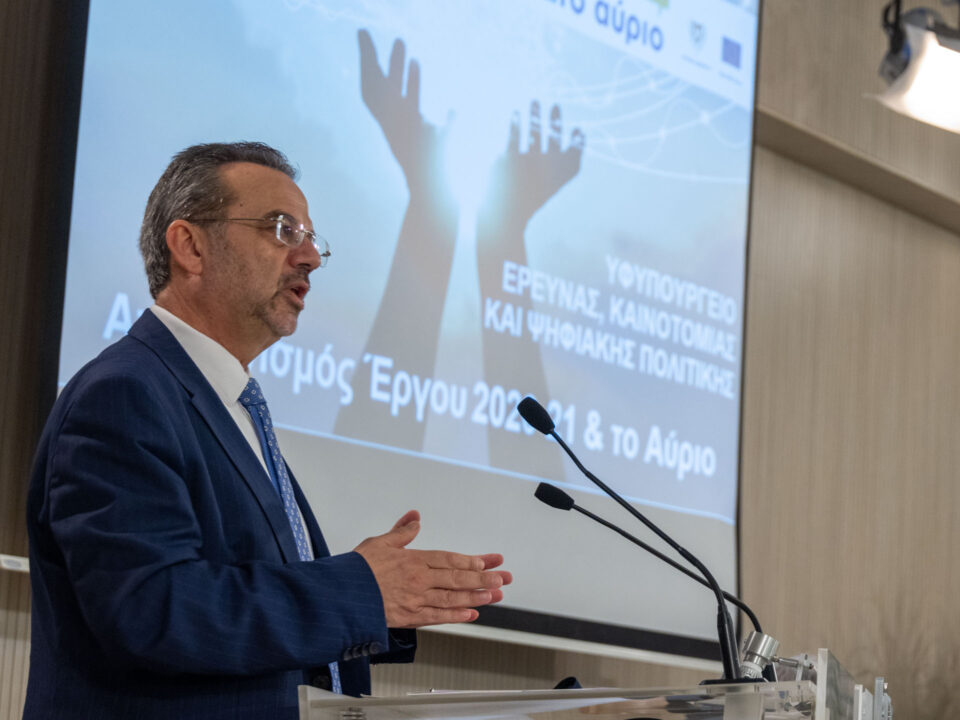 In the first 20 months of its existence, the research, innovation and digital policy ministry had to deal with unprecedented conditions because of the pandemic, Minister Kyriacos Kokkinos said on Monday, highlighting its contribution in tackling the numerous challenges created as a result.

Presenting a report on the ministry’s work, Kokkinos said it was a period of continuous changes, unprecedented conditions, and multiple challenges created by the coronavirus pandemic.

The minister stressed its multidimensional contribution in managing the fallout, both concerning the health crisis and facilitating businesses and the public.

Systems and services were developed in record time, which enabled the processing of numerous transactions online and minimising the need of physical presence.

Among the portals set up by the ministry were the vaccination portal, which was used to set up 700,000 appointments, despite some teething problems that saw it crash, the Cyprus Flight Pass with 2.3m users, and the mobile phone text service 8998, used during lockdowns and curfews for movement purposes.

The pandemic also forced state services to go online in a bid to minimise physical contact; around 500,000 applications for government assistance because of the lockdowns were filed online, while 709,143 payments were made to social welfare. The land registry saw 130,000 transactions in about a year, up 170 per cent, and the town-planning department received 2,400 applications online.

At the same time, the foundations of a long-term digital strategy were set, an electronic signature was established, 5G networks were licences, and Cyprus rose three positions on the Digital Economy and Society Index, to 21 among 27 EU countries.

“The aim is to build on the foundations we set under pressure and put our country on a path and sustainable growth,” Kokkinos said, “With the targets drafted as part of the European Digital Decade 2030 as a guide, Cyprus has formed a holistic plan to expedite the digital transition and advance innovation at government, economy, and society levels.

“We are building a new Portal (gov.cy,) in partnership with UK Government Digital Services. There is a bilateral agreement to provide advisory services worth €1.5m and like the gov.uk exists in the UK for all state services, we will have exactly the same with gov.cy,” he added.

The entire state on one screen is a slogan that in 2022 “we will see becoming a reality”, Kokkinos said, pointing out that a team called the Digital Services Factory has been created that will quickly produce services in cooperation with the private sector.

Kokkinos also stressed that Cyprus can and should claim its role as a technology capital in the eastern Mediterranean, adding that the ministry’s vision is for research, innovation and information and communication technologies to be a catalyst for a new, sustainable and resilient development model, a dynamic and competitive economy, a modern and efficient public administration and a prosperous and inclusive knowledge society.