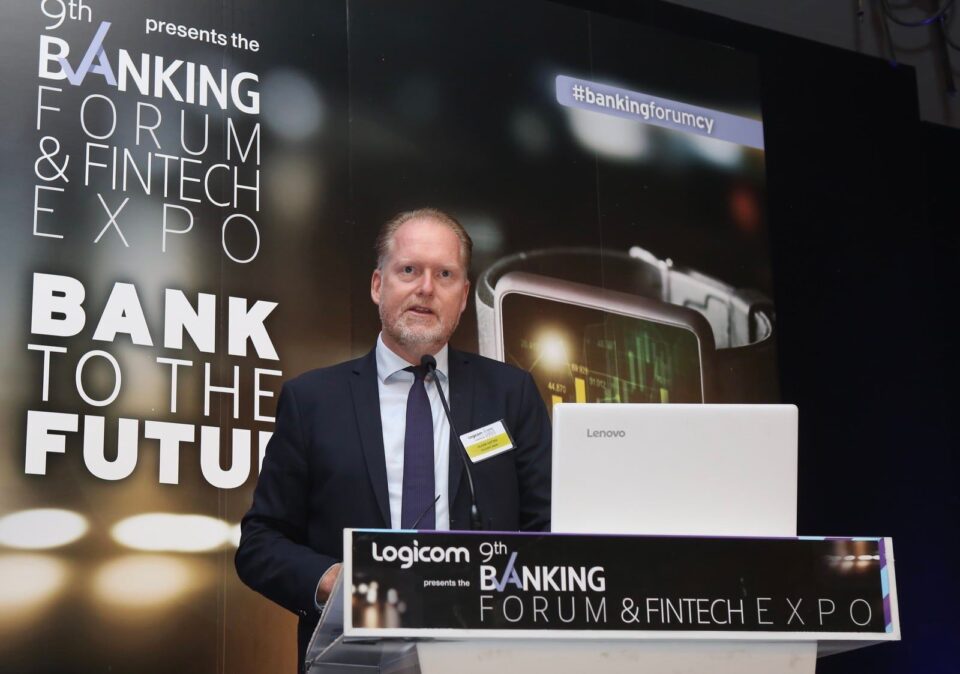 The future sustainability of the banking sector in Cyprus hinges on cutting costs for banks, including through the closure of branches and the downsizing of staff numbers, Hellenic Bank CEO Oliver Gatzke said on Wednesday at the Banking Forum in Nicosia.

“There is an overriding need to further reduce the number of branches and bank employees to make our banks more competitive,” Gatzke said, highlighting an example of Dutch bank ABN Amro, with assets exceeding those of the entire Cypriot banking system, having around 100 branches in total.

The Hellenic Bank CEO said that the issues affecting the banking sector are reflected in how they are assessed by the credit rating agencies, which despite their recent improvement, are still considered to be non-investment grade, making it hard to attract foreign investments into the sector.

Conversely, he said that “any improvement of the banking sector will affect the economy positively”.

Gatzke also listed additional challenges for the banking sector in Cyprus, including the high level of non-performing loans (NPLs), limitations in the legislative framework surrounding foreclosures, bureaucracy, as well as the “unsustainable cost-to-income ratio”, before calling all stakeholders to “protect the sector and improve the industry’s rating situation”.

Regarding the number of employees, Gatzke said that they account for approximately 50 per cent of the total costs for banks, labelling this cost as “inflexible and often irreversible”.

“That is why the involvement and the constructive stance of the Unions and other stakeholders is extremely critical,” he said, before adding that “the time of extensive pay rises, as well as too generous exit schemes, should be over”.

While the Hellenic Bank chairman conceded that banks’ cost-to-income ratio, which is 80 per cent in Cyprus, higher than the EU average of 64 per cent as of June 2021, can also be improved by increasing revenue, he did specify that there are limitations that are hard to circumvent.

One of these issues is Cypriot banks’ excess liquidity which incurs a negative rate of 0.5 per cent from the European Central Bank (ECB).

“This is a cost that banks have been absorbing since 2014,” Gatzke said, explaining that this will be addressed through the offering of alternative options to depositors such as investment and insurance products, something which has been previously mentioned by the bank.

“We will also start applying liquidity fees not only on corporate deposits but also on retail deposits above certain thresholds,” he added.

Although the specific thresholds were not mentioned, it has been previously indicated that these fees will affect a very small percentage of retail clients.

Gatzke also spoke on the importance of the banking sector in Cyprus, mentioning that Cypriot banks provided net lending exceeding €14 billion between 2016 and 2020.

Regarding the pandemic, Gatzke said that “the banking sector was there to support the country”, explaining that the “biggest per capita and the most prolonged programme in Europe related to the suspension of instalments”. The programme’s scope came up to €14 billion, approximately 50 per cent of the country’s GDP.

“It is therefore clear that the success and growth of the Cyprus economy largely depend on the robustness of its banking sector,” Gatzke added.