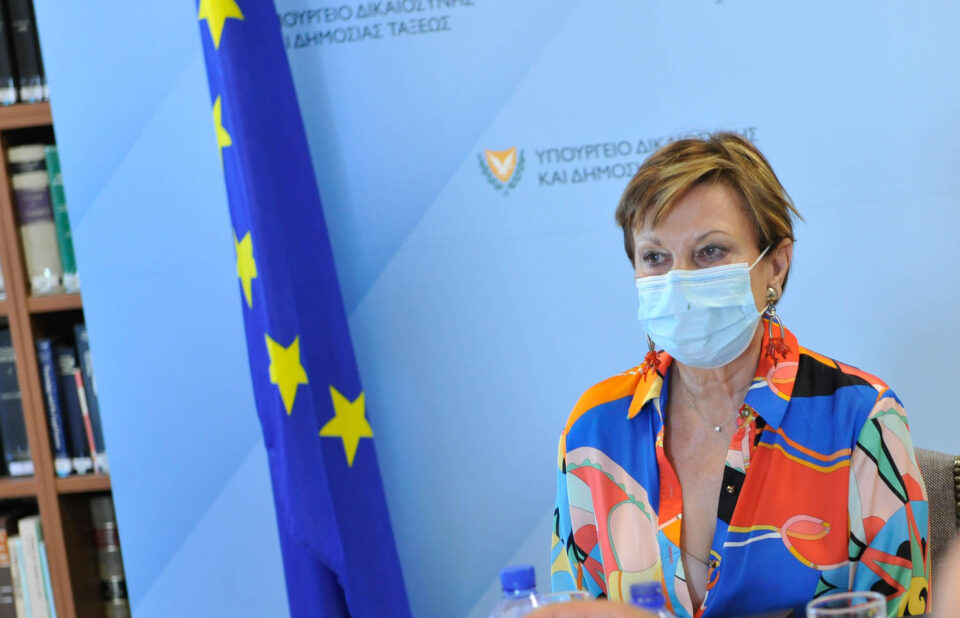 Justice Minister Stephie Dracou on Thursday pointed to progress in parliament on draft anti-corruption bills to argue that slogans were turning into action.

She was speaking to mark International Anti-corruption Day, and after the US honoured a Green MP, Alexandra Attalides, as a global Anticorruption Champion for spearheading demonstrations against Cyprus’ discredited cash for passports scheme.

Diko, meanwhile, accused the government of lacking the political will to uproot the problem.

In a written statement to mark the day, the party said that corruption continues to damage the image of Cyprus and the quality of democracy, with knock-on effects on the economy and society. And it said that it would contribute to efforts to reverse the unfortunate image Cyprus has abroad as a centre of money laundering and corruption which starts from the government itself.

The award, Diko’s and Dracou’s statement came a day after MPs concluded a discussion, which started five years ago, of a bill on the protection of whistleblowers, which is now headed for the plenum to be put to the vote.

The whistleblower bill was submitted by Akel MP Irine Charalambides, who as special representative of the parliamentary assembly of the Organisation for Security and Cooperation in Europe (OSCE) in the fight against corruption called for greater transparency and accountability on public issues in order to bolster fair government.

Speaking during an online seminar, Charalambides underlined the importance of combatting corruption especially during health crises which favour incidents of corruption such as in contracts for pharmaceuticals and equipment.

Transparency and accountability should also cover emerging technologies such as artificial intelligence and blockchain, she added.

Also marking the day, socialist Edek said state or public officials convicted of corruption offences should be deprived of their benefits. In a statement outlining a number of proposed measures, Edek also suggested that all politically exposed persons (PEPs) be required to publicise their annual tax returns and not just a declaration of assets.

In her written statement Dracou said that combatting corruption was central to restoring the public’s confidence in the state and its institutions and in improving the professional and investment environment.

She said that heeding civil society’s concerns, draft bills were being discussed in House committees which she expected to be swiftly sent to the plenary for a vote.

Among them is the establishment and operation of an independent anti-corruption authority to probe cases brought to its attention by whistleblowers. This authority will be able to refer possible disciplinary offences to the relevant body. If it finds that a criminal offence may have been committed, then it will submit a report to the attorney general.

To handle such cases an anticorruption unit has been set up headed by the attorney general and his deputy, with the participation of law officers, police and the money laundering unit (MOKAS) who will coordinate a team of investigators whose priority will be corruption cases, she said.

It will also have a pre-emptive role, identifying weaknesses in the law and in procedures in the public sector and submitting suggestions to address them.

Transparency will be safeguarded by the bill on lobbyists, she added.

“The parallel approval of the three bills is essential for the efficient operation of the authority, encouraging members of the public to report possible corruption cases and discouraging public decision-making without transparency,” she said.

The bills are complemented by the national strategy against corruption and the national horizontal action plan unveiled by President Nicos Anastasiades, she added.